Auto-suggest helps you quickly narrow down your search results by suggesting possible matches as you type.
Showing results for
Search instead for
Do you mean
Reply
Topic Options
mysoutherncomfort
Respected Contributor

Will somebody please have Spawnette take the pregnancy test already?  What's next, Spawnee finds a preganant woman/perhaps homeless/ in a shelter/and pays for her urine to squrit on the test?  Wouldn't surprise me.

As for Chase, this 6 month suspension is ludicrous.  OK, Mack (as acting commish) gave him 6 months (perhaps 30 days at most more appropriate); now Jordan is back and she doesn't end the suspension?  This should have been rethought and asked that Chase be immediately reinstated (afterall, look what he did for BLQ and Bailey).

Esme/Sonny: Hmmm, in real life, couldn't the Don be held/booked for kidnapping?  We didn't see it, but sure Spawnee didn't offer herself up to go for a ride with one of his minions.  Speaking of which...while the little devil was sitting outside Charlie's Pub by the window, approached by the Don's Dandy, dropped her cell phone, who wouldn't put up a fight and yell out...Help! Get your hands off me..... I wouldn't have brought her to to Sonny; I would have found a convenient cliff over which she "accidentally" fell...like Nelle.

GH Spoilers: Trina Robinson Has Her Day In Court

GH spoilers for Thursday reveal a day of truth and consequences in Port Charles.

Trina knows she did not make that tape of Josslyn and Cameron and release it onto the Internet, and so far, the only person who doesn’t seem to believe her is Spencer, the one person she thought she could count on. Now, it’s time for her arraignment, and Scott Baldwin asks her what she wants to do when she gets in front of the judge. Why, declare her innocence, of course, because she knows this was the work of Esme Prince.

Josslyn and Cameron agree to be a united front for their friend although they have not yet been a united front on how to deal with this in their own lives. As for Spencer, GH spoilers say he is in disbelief. Does he learn what his Uncle Sonny did to Esme? She just wants to know what has to happen for people to believe her sob story.

Nina Has A Plan

Maxie and Nina meet up at the Metro Court where they discuss children, and babies — and Wiley. Nina tells Maxie she thinks she has a plan to get visitation rights if she can just get Harmony to cooperate.

Willow and Michael just may believe that Nina is a threat as they seek out Diane Miller for some advice.

Carly is more on edge than usual, especially due to Josslyn and Cameron’s sex video being out there on the cloud somewhere. To that end, Sam takes her to yoga to try to get her mind off things.

Finally, Molly has a question for Curtis. Does she want him to look into Harmony Miller since she is now living with Alexis Davis? Or is she possibly the one prosecuting his girlfriend’s daughter’s case now that she’s working in the D.A.’s office?

"I try to teach my heart not to want nothing it can't have." ~ Alice Walker
Report Inappropriate Content
Message 502 of 533 (389 Views)
Reply
3 Hearts
Laura14
Honored Contributor

Was it good for you? I almost lit up with the writing staff half way through my popcorn. Wait until everyone realizes Spawnette is molting like the snake she is. I want the scene where Nik throws her back into the room and walks away.

And then Sonny flicks Victor over his nose like a gnat. Mike is long gone, baby!

And is it just me or did everyone not hear Chase sing at the Qs? He can't and these high class chicks want him to warble at an investor meeting? Marshall is getting lonely with his sax. Hit up he and Epiphany stat.

And how many more ton of bricks need to fall on Trina before she realizes Spencer is not the bad boy for her? Spence got his snake on by flat out accusing her. How about he find out that that Spawnie isn't spawning and then walk into the court room and testify for Trina? About your only option now, Prince Spence.

And I hope Sasha ordered enough happy pills to share with all of us. Today was a good show but it's been a slog to get there plus I'll need a defense when I ask Spawnette to keep her filthy hands off my man. If anyone is throwing herself all over that body and carrying a Cassadine heir, I am.

Tuesday when I posted the Spoiler about Harmony knowing her way around Alexis's house because she had been there when she killed Neil - that was the one that seemed the most ludicrous. Neil died months ago. Now out of the blue it is revealed Harmony was responsible. Someone managed to enter the house/bedroom, stood over Neil, injected him with drugs, exited the house/bedroom and neither Alexis nor Neil woke up.

Echoing @grandma r:  How stupid are we the viewers supposed to be?

From the September 2020 thread:

GH Spoilers: Is That A Cold, Dead Neil In Alexis’s Bed? 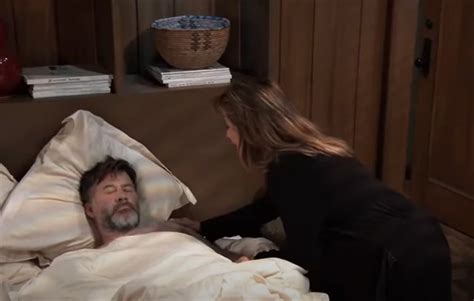 General Hospital spoilers for Tuesday reveal rejection, heartbreak, and so much more.

Alexis was on top of the world. She had finally reunited with Neil, apparently the sex was great as were the foot rubs — until she realized that his feet were cold…as was the rest of him. Yep, it looks like Neil is dead and now Alexis is heartbroken and screaming out for help...

Another asinine thing someone pulled out of the air: Let's beef up Harmony's role. We can go back to one of our many dropped/unresolved storylines and try to resuscitate it. 👎🏼 👎🏼

"I try to teach my heart not to want nothing it can't have." ~ Alice Walker
Report Inappropriate Content
Message 504 of 533 (303 Views)
Reply
4 Hearts
stevieb
Honored Contributor

Wow, they just keep treading water on this show and going nowhere. I watched a few taped episodes last night and just really too bad. Sorry, but I just can't get caught up in the sex tape drama even a little bit. I said it when the story was unfolding, I said it when the qwap supposedly hit the fan I'm saying it again now. I simply don't give a doodle about it, how it plays out or its resolution. Frankly, I just wish bad guy Sonny would make Esme disappear. End of story. Nothing else going on here worth even commenting about. It's just bad.

@mysoutherncomfort  I do agree, the lengthy suspension for Chase just seems a bit protracted... Folks here have done much worse and walked... Also agree, this version of Jordan is a complete non-starter... Really lame.... Finally, agree with whoever made the observation (I think it was @grandma r but if not, apologies...) it's sort of a shame these challenged writers make all of their villains into caricatures instead of leaving them with some semblance of being real people,,,

@Tique I never understood why they brought her back to begin with. I guess for this ridiculous Willow is Nina's baby mama story but could have been done without. We already knew Harmony was a flake and they never built up Alexis and Neil long enough for anyone to care.

Bring back Julian and/or Rick. The show desperately needs them although I am more than happy with Scotty's airtime. Bravo!

ROFLMAO! It's going to be my screen saver for the week. 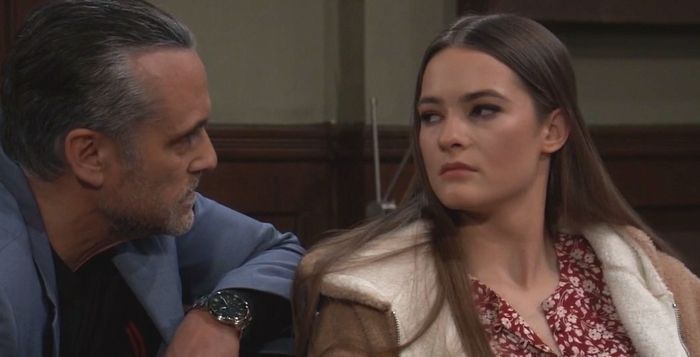 agree...toss her somewhere or under a ton of concrete!

I wouldn't even let Sonny listen to her forked tongue lies!

Loved how Sonny stood up to the wanna be don of the Cassidines!

Can someone please refresh my memory and tell me why Harmony killed Neil?  Was it simply because he is the one that got Christina out of Dawn of Day?  That seems a little overboard so there has to be something I'm missing.

Next ludicrous story.......Esme is Nell.  When Nell went over the cliff, her face was so messed up, it had to be completely redone.  She has come back as Esme and isn't telling anyhow.

I know absolutely nothing about that makes sense. The timeline, the age of Nell and Esme, etc. but when has that ever mattered to the writers.  We're looking at ridiculous in the rearview mirror here so why not?  I'm totally joking here with this new storyline.

I've said it before and I'll say it again.  Why didn't the writers keep Nell instead of bringing on Esme.  They are the same person!