Auto-suggest helps you quickly narrow down your search results by suggesting possible matches as you type.
Showing results for
Search instead for
Do you mean
Reply
Topic Options
vermint
Respected Contributor

@grandma r  It probably was really unsettling for Coby Ryan McLaughlin, who plays Shiloh! He seemed to take it in stride, though.

I wonder when people post stuff like that if they realize that they could be tracked down by law enforcement?

Yes, I would love to see Shiloh die a slow, painful death...with everyone that he has hurt standing there watching with a "Shiloh smirk" on their face!

I knew once Robert was talking about previously being a lawyer he would have that occupation on the show...just didn't think it would happen that fast...hahaha

Do Sam & Jason ever see their kids???

I have a feeling it will be a long time until Michael finds out about Wiley..........between Brad and Nell...i think they will find some way to hide his identity even in the shadow of Shiloh....

Let's hope Michael finds out about his son BEFORE the kid heads off to college.

So back to the show.  LOL

Shiloh got Wiley's bib so I'm assuming he's going to have a DNA test run on it which will reveal Wiley isn't his son.  I wonder where things will go from there.

Absolutely so sick of Maxi and her crusade to find Dante.  Peter has told her wherever Dante is may be the best place for him but then he's going to give in to her.  You know something is going to go horribly wrong.  But then we also have Lulu insisting on continuing with her story and Peter caving to her too.  Geez dude, grow a pair already.  LOL

Funny @LipstickDiva. I said something similar when Minnie first asked Peter to help her with the Dante find. StuLu at this point deserves to have her house robbed. I never liked Peter but now he's come off as being pathetic - not an attractive quality. How many times can he use one of these lines or something similar: "I've never known love before." "I've never had a best friend before." We get it. You've lived a lonely isolated life.

~~~"They laugh at me because I'm different.
I laugh at them because they're all the same..."~~~
Report Inappropriate Content
Message 43 of 543 (715 Views)
Reply
6 Hearts
Tique
Honored Contributor

@grandma r   you called this one. Not sure why these are being done. We haven't seen new Danny since the end of May as mentioned in the June thread. 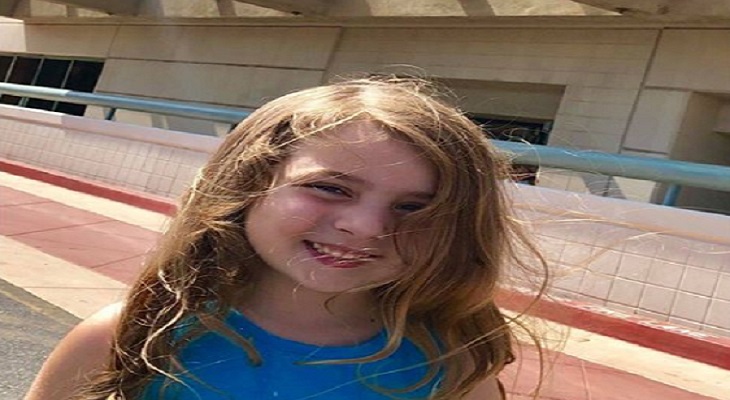 There’s a new Scout Cain in Port Charles. The role has been given to a new actress by the name of Ella Ramacieri. She already made her debut during the Monday, July 1st episode and is taking over from twin actresses Palmer and Por Parker. Here’s what you need to know.
Ella is a 5-year-old Los Angeles-based actress and model who is repped by Paloma Model and Talent. This is her first role on daytime television and from what we can tell already, she’s very excited about it and the opportunity she’s been given.
~~~"They laugh at me because I'm different.
I laugh at them because they're all the same..."~~~
Report Inappropriate Content
Message 44 of 543 (712 Views)
Reply
4 Hearts
grandma r
Respected Contributor

While this is very nice for the little girl, I will be sad if we get an older Avery.  Grace and Ava are just adorable and have such a great connection to Maurice.  But, this is soapland.  Scout was born after Avery so she will need to fit in somewhere with Rocco, Aiden, and Charlotte.  I guess that's why we now have an older Danny. Spoilers for today reveal Willow’s fate behind bars. Does she have an army of people helping her as much as they’re helping Wiley? Well, she gets a visitor that can change everything? Kristina has been pretty much been laying low since her Dawn of Day fiasco and learning the lengths Sam went to bring Shiloh down and get her pledge back.

But, she learns more than ever the depths of Shiloh’s cruelty when she asks Michael about his friend Willow. She learns she’s in lockup at the PCPD and decides she needs to see her. Meanwhile, Willow sits wondering if all of this is worth it or if Shiloh can find the baby she thinks is hers anyway. When she gets a visit from Kristina, she hears gratitude and also knows people are on her side.

We also have Sonny working with Jason to finally get Shiloh. They might not be doing this for Willow, but for Michael, sure why not? As long as they get the job done, right?

The cult drama brought a lot home for Neil and after becoming so personally involved in Kristina’s ordeal, he realizes he can’t see Alexis anymore.

The teen scene also heats up on Wednesday as Josslyn gets an invitation and is unsure what to do about it. Does this have anything to do with her new friend and housemate, ‘Cousin’ Dev? Meanwhile, Franco worries

about Cameron while Elizabeth has a meeting with Laura. Is Cameron still having a hard time dealing with Oscar’s death?

Finally, there’s high drama at the hospital when Scotty talks more marriage, but then fears he’s been misunderstood. Was he really proposing to Bobbie or was he just running off at the mouth?

Though I'm glad Kristina finally walked away from DofD, this is another s/l that [after it dragged on for weeks] came to an abrupt end. Though Willow was quite effective, deprogramming and walking away is not done instantaneously. There is usually a period when the victim tries to convince everyone he/she has changed but is still a part of the cult. In other words, the first intervention usually doesn't "take".

~~~"They laugh at me because I'm different.
I laugh at them because they're all the same..."~~~
Report Inappropriate Content
Message 46 of 543 (582 Views)
Reply
5 Hearts
redwingsgal
Respected Contributor

Life (and work) has gotten in the way this week, I have not watched any July shows yet.  Just wanted to stop in and wish @Tique a very HAPPY birthday!!!  And thanks for being our fearless leader here, we love you, man!!!

Enjoy your holiday everyone!!!  Be safe!!!

I may not agree with what you say, but I will defend, til death, your right to say it
Report Inappropriate Content
Message 47 of 543 (546 Views)
Reply
4 Hearts
Coquille
Respected Contributor

Hi everyone. Just walked in and about to leave for the holiday. Traffic was bad already at 10:00 am. I wanted to wish everyone a great July 4th!

As always, Stay well, Stay 😎, Stay safe and enjoy. If you're hanging out at home, do something good for yourself!

Happiness is not a destination, it is a way of life.
Report Inappropriate Content
Message 48 of 543 (491 Views)
Reply
7 Hearts
southern comfort
Trusted Contributor

Wishing all the Thread Friends a very healthy, happy and safe 4th of July!

@Tique Oh, yes, another s/l that just doesn't fit reality!  Again, a wonderful birthday to you!!

Can someone please tell me (I know you can😊) how is Cameron Laura’s grandson?

Stock Up on Essentials