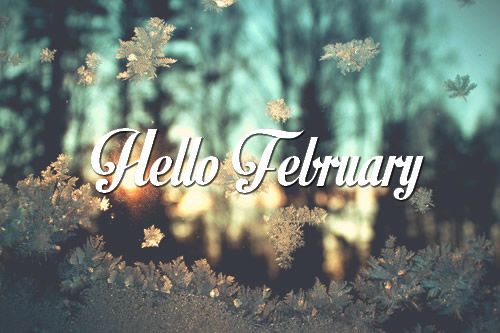 It has been one year since Nina inadvertently discovered Nelle was her daughter.  Here's a recap of some of the things that happened last February.

Since the January thread began some stories inched along and there was an unexpected drop-in from Tracy Quartermaine.

Thank you to All who answered the January QOTM.

February Question(s) of the Month

1) What character[s] do you think could be eliminated without causing a decline to the show?

2) Who is your: Hate the character/Love the actor?

The second question is inspired by @redwingsgal.  Last week she wrote this:

..I agree with you on your Carly stance.  LW is one of my fav actresses, but her character is something else!...

@redwingsgal  thanks for the assist.

For both questions there is no limit to your answers. Name as many as you have. Come back and add on if you think of more as the month progresses.

If neither question interests you no explanation is necessary.

During the past month I have purposely avoided asking how everyone is doing physically and mentally - not because I'm no longer interested. Trying to give everyone a break. I have noticed some are discussing their feelings and what is going on with them/those in their circle without prompting. Hopefully whenever you need to vent or just discuss something you will.
One of my goals for our monthly thread has always been to keep our threads what @Preds  called "a safe place". Fortunately we attract new people. When they join us so they don't necessarily know how we try to do things. That's the only reason I include the once-a-year Reminders in the January thread. Not to control. To inform.
Thank you for reading/participating. Stay informed and make decisions based on knowledge and what is right for you at the time. Please and thank you.♥️

If your BD is in February please let us know. 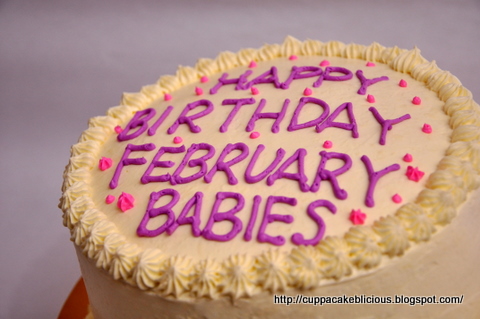 GH spoilers for today reveal a special occasion, a surprise, a reconnection, and so much more.

Family and friends gather to celebrate Ned and Olivia Quartermaine's vow renewals. Ned announces it’s time for him to marry the woman of his dreams as a beaming Olivia looks on. Maxie Jones helps welcome people as a dour Tracy Quartermaine stands by.

Maxie plots her next move while her partner-in-crime Brook Lynn Quartermaine asks for forgiveness — but from whom is she needing it? Maxie? Or is it Harrison Chase? Chase and Dante Falconeri reconnect as the former notes that now Dante is stuck in neutral. Hmm. Chase should know a little something about that.

Drew Cain is also on hand at the nuptials and is surprised to find Carly Corinthos. He obviously doesn’t realize that she’s BFFs with the blushing bride. He doesn’t want to break it to Carly, but she’s not going to be very successful. Meanwhile, Sonny Corinthos is thrilled that he’s going to win Carly back. One good phone call doesn’t mean that, Sonny.

Willow Tait tells someone it’s Paris here they come. So does that mean that pesky issue with her birth certificate (which doesn’t seem to exist) has been solved? Please tell us that wasn’t a red herring and that something is going to come of this because her being the real daughter of Nina Reeves would be really good.

And if she was, then Harmony Miller being pals with Alexis Davis just became even more interesting. Kristina Corinthos Davis goes to visit her mother and when she brings up that she won’t see Harmony anymore, Kristina says that’s just the person she wanted to talk about. Will Kristina give their friendship a thumbs-up?

Britt Westbourne warns Austin Gatlin-Holt that he may want to revisit that decision. Does he confide in her about being nice to evil Victor Cassadine? Because we all know that is going to end up biting him in the butt.

@Tique Good morning and happy February. February 1st was my Dad's birthday so I hope you don't mind if I take a moment and remember him here. The snowdrops were in bloom (until a foot of snow fell and covered them up). Once it melts, they will show themselves again.

QOTM - what character could be eliminated? for me that would be Dr. Austin. He serves no useful purpose IMO.

Hoping everyone is well and safe. One month closer to spring!

What happened to Leo? Overnight he's a new kid and grown up at that! We're supposed to believe that this kid was just diagnosed?  It was a good storyline for about a minute and now they blew it.

If they were going to do this they should have left Leo off camera for a bit more. I guess they want to keep him about the same age as Charlotte because they recently changed her too.  (Just what @stevieb needs more teenagers! 😝 this could send her packing!)

What puzzles me is why these writers take issues and then refuse to see them all the way through. Instead most times  they present a miraculous recovery, or want us to forget there was an issue to begin with. I hope they don't miss the opportunity that they have created to show how this issue of being on the spectrum lasts a lifetime and that Leo may not just suddenly age out of it!

There are so many characters on this show who add no interest, at least for me. I'm not necessarily of the opinion that they need to be completely erased, but they surely don't need to be front and center. I'd also suggest, though, that streamlining the cast a bit enables more of a focus on those characters that move the storylines, such as they are, forward. I get it there needs to be some 'filler', but not as much as is consistently offered here. Clearly, there are also some characters that are seen so infrequently that they really wouldn't be missed by me were they to be written out completely,

Today would have been my dad's birthday as well.

...I have (maybe) a new thought.  Not sure if anyone else has already said this, but how obvious is it that Autnie is Curtis' Mom???  Can anyone say one night stand with bro-in-law??  Once again, I am usually wrong on every guess!

@redwingsgal   in addition to acknowledging that you were the one who suggested that Stella is Curtis's mom, I admit to loving that idea [and the impending drama it could bring]; however,  I don't see it. As much as I make fun of Stella, she has too much integrity to have an affair with her sister's husband. IMNSHO that's a good thing. 😇

Today's show also put an end to all that speculating about Phyllis and Stella being long lost sisters or otherwise related.

Thank you @Tique for the Kali Miller reminder. Actually, I prefer that name to Willow Tait.

Pesky little detail about said birth certificate. I hope the writers will enlighten us as to how she got to where she is without a birth certificate, baptismal record, some proof of identity, etc. Just sayin....

About Stella/Phyllis:  Agree they are not "relatives", however, at some point I believe they will be joined/intertwined in that Stella seems very "familiar" to Phyllis. Childhood friends perhaps?  Oh, could be the old reliable long lost cousin scenario...LOL

@KBEANS  I'm not much of one for kids so when I form an attachment to one of them, it's says something and I am incensed if they have recast Leo. The timing, moreover, was stupid. They'd just introduced story lines involving his autism diagnosis along with the remarriage of Ned and Olivia and Ned's choosing to adopt him. Those scenes were very nice and this replacement, if that's what it is, simply doesn't cut it.

As for the teens (and speaking of characters I'd not miss...) when I first started watching this show I did think the sparks were flying between Cameron and Trina. Then turning on a dime it was Cam and Josselyn. It never made sense to me but, hey, that's not unusual here. I can't see what mileage is to be gained by revisiting who liked who first, or potentially splitting up friendships, but so be it. They need to back-burner the whole lot of them. I fast forward through every one of their scenes and quite honestly, none of them is any prize.