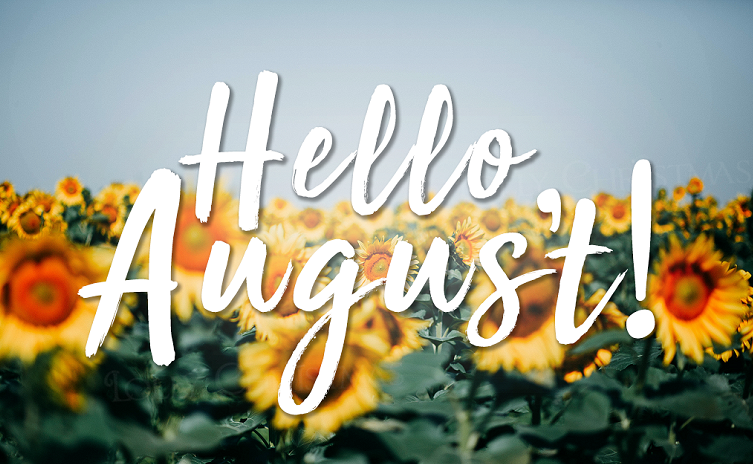 It has been one year since Wiley celebrated his third birthday with a house full of adults, no other children, and parents who were MIA.

Here's a recap of some things that happened last August.

Since the beginning of the July  thread:

Some of us are still hanging in there with this show for whatever our respective reasons are. Thank you to those who contribute to this thread and keep it going. I also appreciate those who still stop in even though you are no longer watching regularly or at all. It's not a requirement that you be a regular viewer to participate in the  monthly thread.
Reluctantly I write this. It looks like we are heading into another phase of the thing we have been dealing with much too long. Be cautious and take the necessary precautions to keep you and those you love healthy and safe.  Please and thank you. ♥️
~~~"They laugh at me because I'm different.
I laugh at them because they're all the same..."~~~
Report Inappropriate Content
Message 1 of 443 (4,762 Views)
Reply
10 Hearts
Tique
Honored Contributor

Please let us know if you are celebrating a birthday this month.

~~~"They laugh at me because I'm different.
I laugh at them because they're all the same..."~~~
Report Inappropriate Content
Message 2 of 443 (4,759 Views)
Reply
8 Hearts
Tique
Honored Contributor

GH Spoilers for The Week of August 1: Memories, Secrets, & Bloodshed

The GH spoilers for August 1 – August 5, 2022, tease a catty conversation that turns deadly, courtroom shenanigans, and so much more.

Having blasted Nikolas Cassadine for his indiscretion with Esme Prince, Ava Jerome Cassadine makes a beeline for Wyndemere and catches Esme in the act of taking flight.

The women engage in a confrontation so heated that the staff summons Nikolas, who races home to referee — but he arrives far too late to prevent bloodshed!

Opposite this, Trina Robinson takes the stand in her own defense…but her answers fail to sit right with Diane Miller, who in turn recalls Spencer Cassadine and Trina in an attempt to finally get to the bottom of things.

Willow Tait asks TJ Ashford to level with her, and the medico reveals that he suspects she’s suffering from leukemia. After a consult with Terry Randolph and Britt Westbourne, Willow agrees to submit to a bone marrow biopsy right away…and she insists that Michael Corinthos be left in the dark as to her possible condition.

Meanwhile, Gregory Chase meets with Alexis Davis, eager to see who came out on top in their wager.

Finally, GH spoilers warn that an altercation at the Metro Court will draw a police presence. But will the criminal charge be simple assault or something far more severe?

~~~"They laugh at me because I'm different.
I laugh at them because they're all the same..."~~~
Report Inappropriate Content
Message 3 of 443 (4,752 Views)
Reply
7 Hearts
Tique
Honored Contributor

GH Spoilers: Will Ava Terrify Esme Into Telling The Truth?

Does Ava Have Esme Cornered?

Ava Jerome Cassadine won’t back down from making sure Esme Prince marches into the courtroom to tell the jury the truth about what she did to Josslyn Jacks, Cameron Webber, and of course, Trina Robinson. Esme doesn’t know why she has to listen but perhaps she doesn’t know as much about Ava as she thinks she does.

While Ava warns Esme that if she doesn’t tell the truth, then it’s the end of the line for her, Portia Robinson wonders if Spencer Cassadine’s testimony was enough to do the trick. Diane Miller still thinks she has another weapon and that is Trina herself. She preps her to testify and tells her to be the heroine in her own story. Meanwhile, her hero, Spencer, is about to learn why Nikolas Cassadine really wanted Esme to stay at Wyndemere.

It’s A Big Day For Elizabeth

Although she tried to return to work just minutes after checking herself out of Shadybrook, today marks Elizabeth Webber’s first official day back at work and Hamilton Finn says he has a surprise for her. Elizabeth is not sure what to think as something very unexpected takes place.

Michael Has More Problems Than He Thinks

Michael Corinthos is on the phone with Dex Heller when Sam McCall spies him and can tell there is something up. When they sit down to talk, Sam informs him that it doesn’t take a private investigator to know he is up to something no good.

Over at the hospital, Willow Tait becomes more and more worried about what her test results will be and asks TJ Ashford point blank what he really thinks is wrong.

~~~"They laugh at me because I'm different.
I laugh at them because they're all the same..."~~~
Report Inappropriate Content
Message 4 of 443 (4,750 Views)
Reply
8 Hearts
Tique
Honored Contributor

~~~"They laugh at me because I'm different.
I laugh at them because they're all the same..."~~~
Report Inappropriate Content
Message 5 of 443 (4,670 Views)
Reply
5 Hearts
ninjawife
Trusted Contributor

I would like to see Esme go.  Let her be caught in her web of deceit and lies and pay the consequences.  Of course I don't think they would make go permanently as she is Ryan's daughter so they is so much more evil for her to display.  Even a temporary relief from her would be nice. 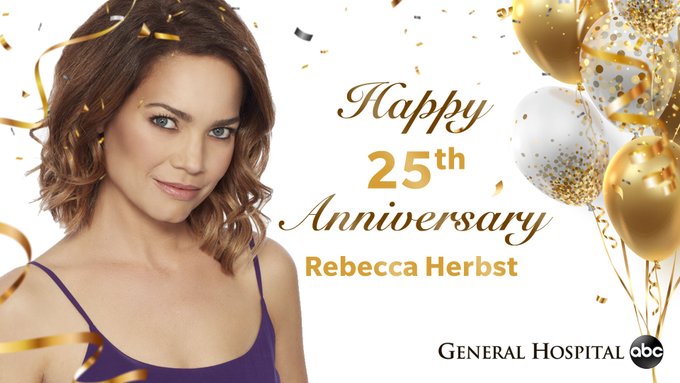 Rebecca Herbst made her debut as Elizabeth Webber on August 1st, 1997.

~~~"They laugh at me because I'm different.
I laugh at them because they're all the same..."~~~
Report Inappropriate Content
Message 7 of 443 (4,615 Views)
Reply
10 Hearts
stevieb
Honored Contributor

I don't watch regularly nor do I follow the supposed 'sweeps' but I can say the only thing of interest in recent memory is Ava finally getting some licks in against Esme...

As for what characters to deep six, sorry, but five isn't nearly enough. I'd like to see a good quarter of this cast head out... Perhaps then the writers could focus on solid story telling with those that remian... Then again, who am I kidding...

The Society Set ups story which includes the Cody/Britt pairing is horrendous and boring. There is no chemistry between those two.  I can't even detect any sexual tension from Britt that would show she's at least a little interested. Cody's character is insufferable! I detest him...even more than him;  I detest the Austin character and that storyline which is also very uninteresting.

Speaking of elevators @Tique  I saw an extra, he placed 2 signs on the GH elevators. One read Out of Service. The other read something like Emergency use only. I thought I saw the guy switch them before they were permanently placed by him. Now, I could be wrong about this. I felt like someone was going to fall down the shaft, like Brando or Sasha because they were near it. 😝

Now my choice for 5 characters to take this particular elevator plunge would be :

1. Cody.. this D--k gotta go! He's terrible and I'm tired of hearing about his summer camp antics with Dante. For the love of Pete it was 2 summers; when they were boys! knock it off already! The stories are so lame.

2. While Marshall is visiting Epiphany encouraging her career move; I would have him step into that death trap, take a plunge and see him gone. Hold on to your Pork Pie!  🎩's  off!

3. Dex...Dax? IDK!  I can't understand Sonny's pronunciation of his name. Get him out of the staircase and on to the elevator. Going up Tough Guy?

4. Austin and anyone he intends on bringing to PC.
📢 Austin! You're late for a date with Maxie, hurry up the elevator's here!

5. Auntie it's time for your annual checkup! Step lively.

Wow! spawnie pushed Ava with her evil wordsand talking about KIKI! and Ava gave her a hard slap in the mouth!

Yes..way to go Ava Now pick up that envelope that spawnie dropped  and read whats inside of it!