Or should I say tomorrow, Monday a.m., since it's on in the wee hours of 2:00 a.m. Eastern on MeTV?   Wanted to alert @Pearlee or other Fugitive-istas.  Well worth recording if you are not on the insomniac red-eye express....

It's one of my absolute favorites, set in the world of high-stakes professional boxing.  Richard Kimball is hiding out this time in a low-paying men's gym-type job, when an elite boxer (a smoldering James Edwards) who's being groomed for stardom, gets an injury.  No one seems to deal with the cut successfully, but of course we the audience know that Dr. Kimball has the magic touch!

The boxer's colorful manager-promoter (James Dunn) is suitably impressed, and pulls Kimball into their clique-ish small entourage.  Kimball has immediate rapport with the boxer and his devoted wife (Ruby Dee), but his presence sets off conflicts and jealousies within the group...

Love this for a lot of reasons.  "The Fugitive" in the early Sixties was dealing thoughtfully with a myriad of issues, from race, to the role of faith, to the dangers of the mob and "group think",  to the sanctity of human life, and more-- it's one of its great strengths as a series.

Then there's the the cast of this episode.  The driven boxing manager is played by a great name from the past, James Dunn, who lit up Thirties' movie screens with the likes of Shirley Temple, and then gave a heart-breaking portrayal of the luckless dreamer-father in "A Tree Grows in Brooklyn" in the Forties. 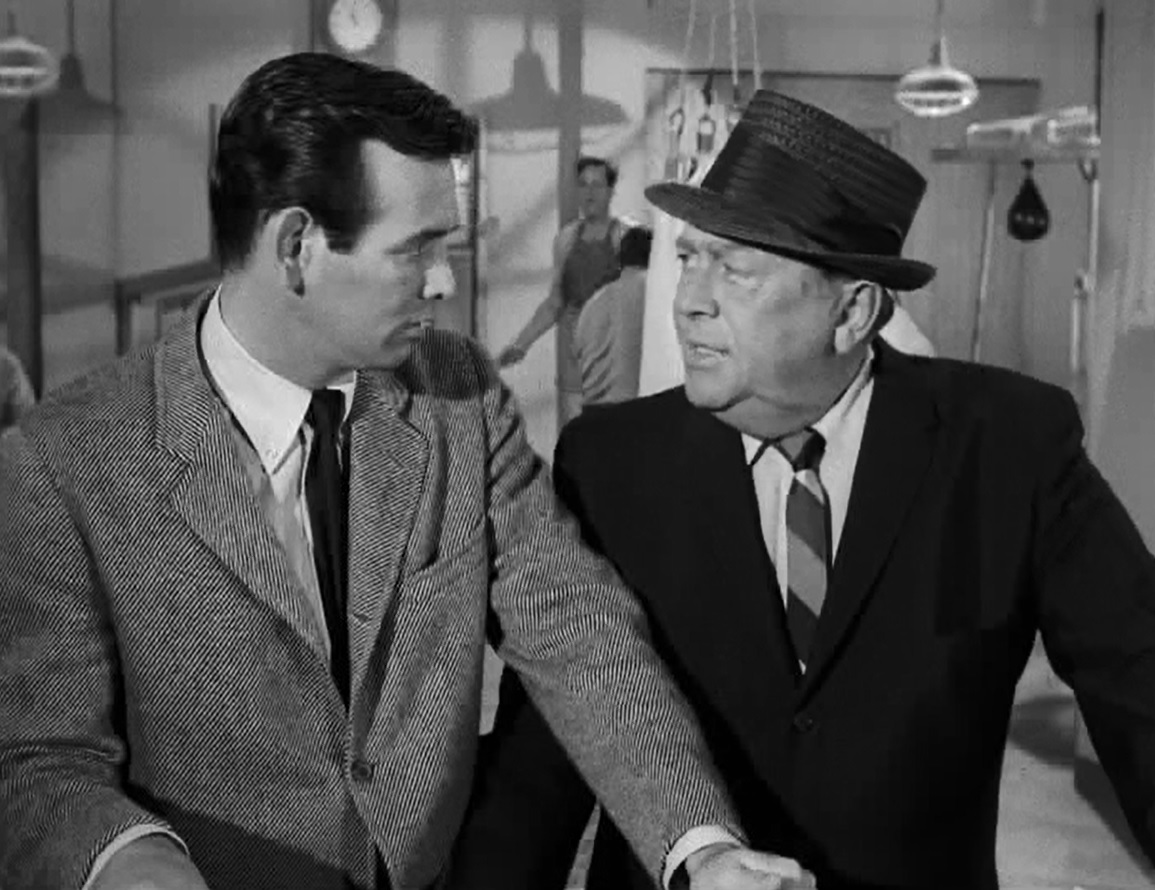 And James Dunn in his incandescent youth:

Word was on him that his excesses (alcohol?) robbed him of the arc of stardom which he deserved.  By the 60's, when this was made, he was seldom seen on screen.  So glad he had a meaty, late-career role on one of the best television series ever!

The episode also gets to showcase the considerable talents of actor and writer James Edwards, as the lead, whose promising career ended far too soon when he died in his fifties of a heart attack.  Finally, we get to see the radiant Ruby Dee as his protective wife-- a particular favorite, who although active in the theater, appeared way too seldom on the small screen. 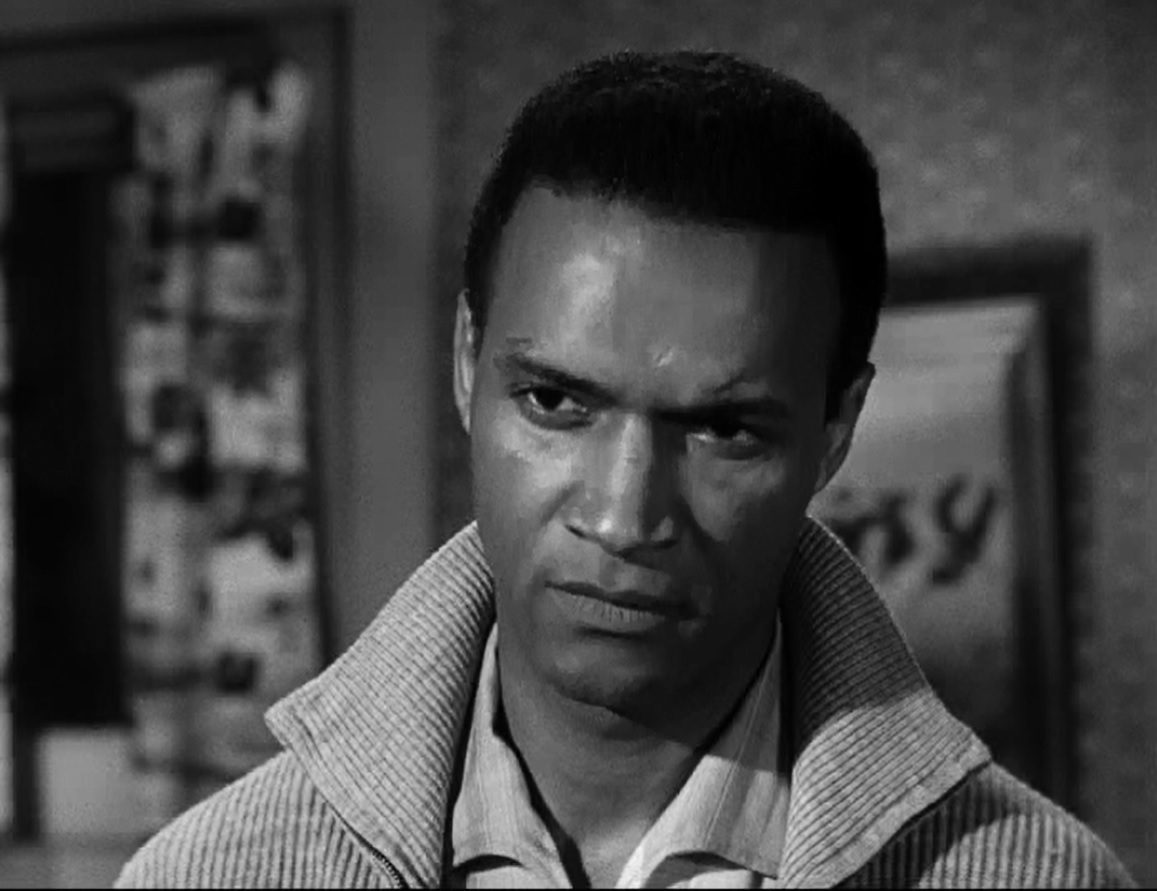 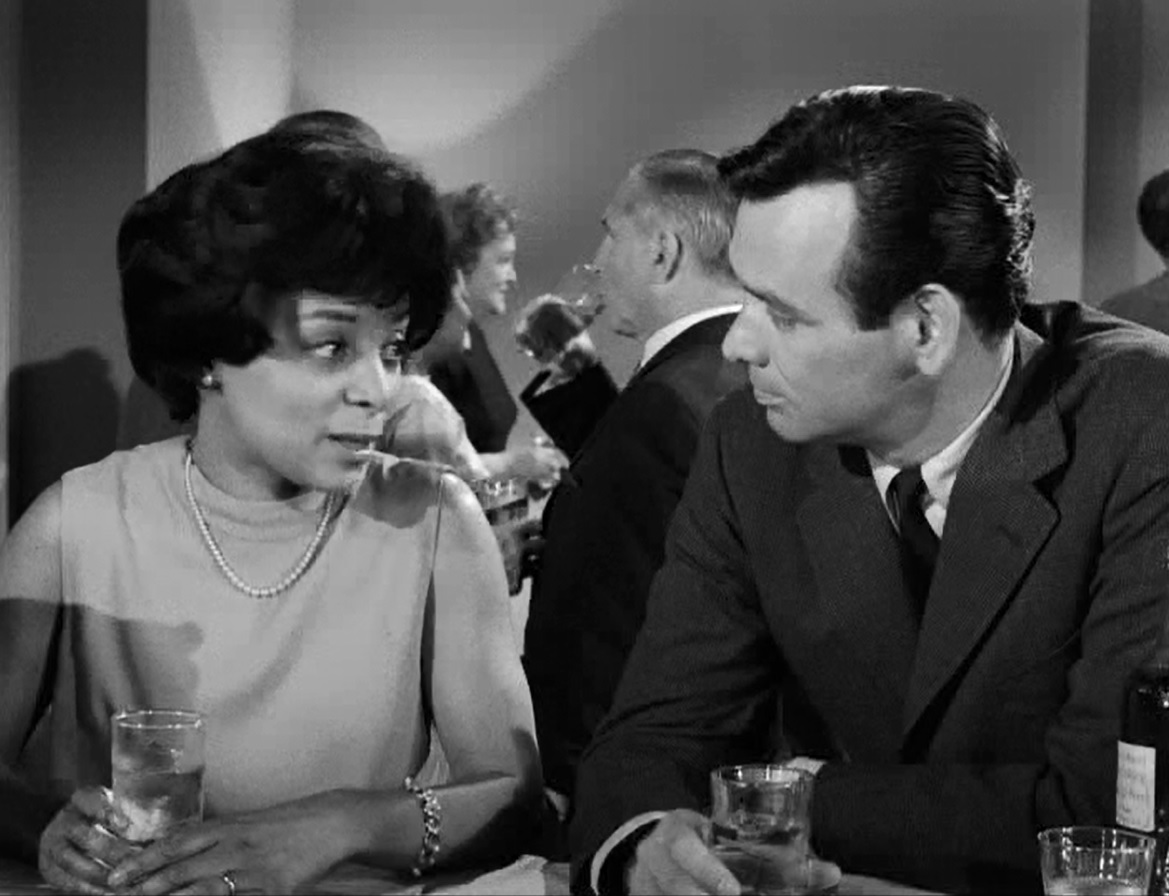 I will have to check it out. I would not have recognized James Dunn, if you had not pointed him out.

I am going to watch, just to see him.

@Oznell   Remember I mentioned that I bought this series on dvd, well I was watching it every night, tried to keep separate what I had viewed, and what was yet to be viewed, took a break for a while, then one night, I put the dvd in, got into bed, and began watching.  As it went along, I was thinking, "this looks as if it is the last episode," but kept watching, and yes, it was the last episode, with so many more I hadn't viewed, not a happy camper, lol.

I recommend the series, really enjoyed watching, until I realized that I made the mistake I mentioned.

Good, @drizzellla !  It's quite a departure for James Dunn, I think.  Remember, in his salad days his persona used to be sort of happy go lucky, or else kind of luminous and idealistic.  In this episode, he's stubborn to a fault, bristling, dogmatic, blustery.  Must have been fun to play!

Oh, that's a bummer, @mousiegirl .   Especially since I don't really feel that last episode was representative of the whole series.  Hoping you can find the place you left off of, and then enjoy the episodes without thinking of the end.

The acting and writing is so good in many of them.   I have the DVD's also, tucked away in my cabinet, but I'm nuttily recording these MeTV airings as well!  At least the ones that I really like, like this one.  This is still in the first season when there are some really really strong episodes and everything was fresh.

Another one I adore which is in the first or second season I think, is the one where Kimble works as a horse trainer for a sensitive newspaper heiress who is being cheated on by her husband and her own sister, called "The Garden House"....

@Oznell. Thank you for thinking of me. When I started reading your post, I thought it was going to be The Girl From Little Egypt since I'm waiting for that one. I honestly cannot remember this episode! Fighter TV show subjects rarely interest me ( e.g. Monk and Murder She Wrote episodes about fighters I skip over watching in repeats) so maybe I only watched this once in it's original airing and never did again (I have seen all the shows) so I'm not remembering it. I definitely remember The Garden House episode. That is another good one.
Since I'll be watching the Oscar's tonight, I may stay up for this one! Thanks.
Report Inappropriate Content
Message 5 of 14 (265 Views)
Reply
1 Heart
drizzellla
Esteemed Contributor

Oznell, please forgive my ignorance. Was the Fugitive show about a guy with one arm and he always seemed to be running "from the law" because they thought he killed his wife?

I remember when it was shown on TV and it was talked about quite a bit. I was not allowed to watch it. Not sure why but either my Mom didn't like the subject matter or it being on at a late hour.

Guess I have alot to learn.

@Oznell   Did you ever happen to see It's a Great Life, a tv series with James Dunn, about three adult sons still living with their Mother played by Frances Bavier?

Thank you oznell for always giving such good information and pictues