Auto-suggest helps you quickly narrow down your search results by suggesting possible matches as you type.
Showing results for
Search instead for
Do you mean
Reply
Topic Options
three cees
Respected Contributor

He was 73 years old. MS believed to be cause of death. 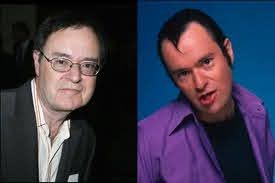 Yes, he had MS for long time. still see him most days on L and S on LOGO every afternoon, RIP.

Oh, I am so sad to hear this.  I watch Laverne and Shirley every day (seen each episode more times than I can count but still love this show).  He was so great in that show.  May he RIP.

Sorry to read this.  I know he had dealt with MS for a while.

This was on the MLB site of all places.  Did not know much about him, but looks like he was a real baseball fan.

While Lander was best known for playing Andrew "Squiggy" Squiggman on the popular sitcom “Laverne & Shirley,” he also scouted for the Angels and Mariners, briefly owned a Minor League team and had a role as a broadcaster in the 1992 baseball film “A League of Their Own.”

Now he can hang with Penny Marshall again.  RIP.

Interestingly, he was on a rerun of the tv show, Barney Miller, tonight.

I am sorry to hear this sad news.  I enjoyed his character Squiggy on Laverne and Shirley and I loved him as the announcer in A League of Their Own, one of my favorite baseball movies.

He gave us laughter and that is a gift we all need.   May he be at peace with God.