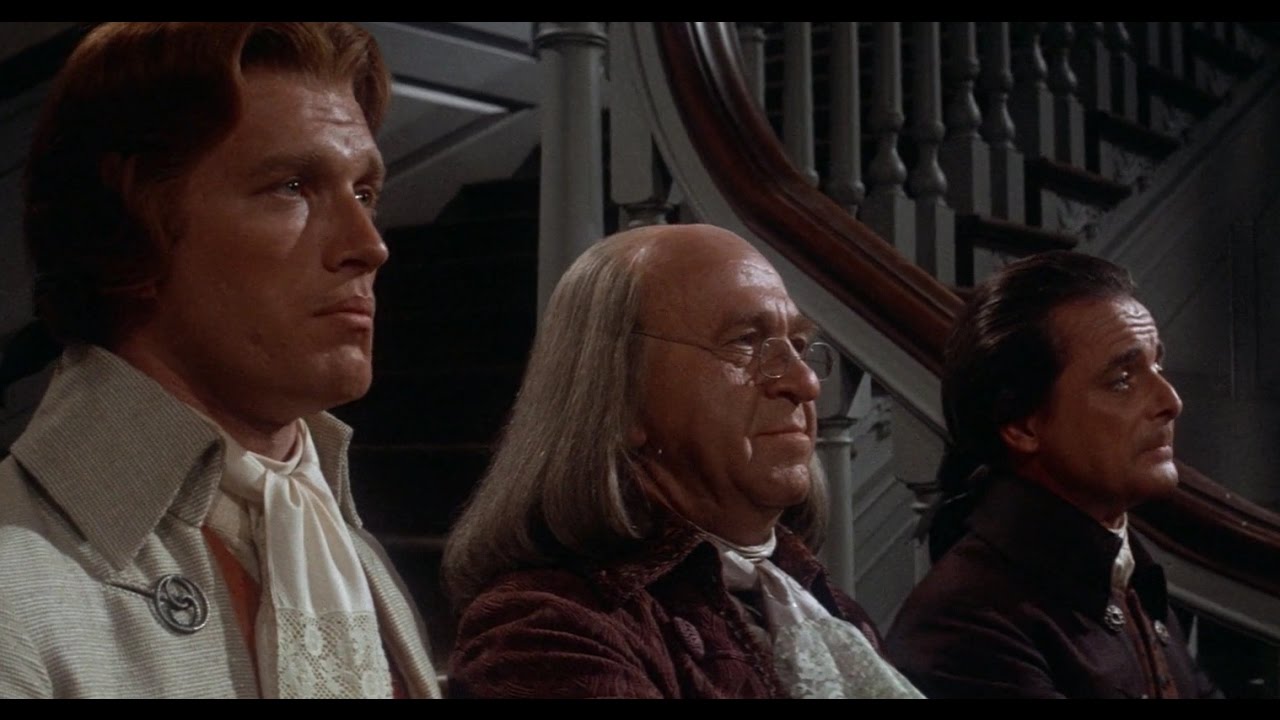 There's an extended musical reveling in America and what she means, kicking off at 2:30 p.m. Eastern with "1776" and continuing on till past midnight.  Getting this alert in a few days early, so those who want to view or record, will be sure not to miss.

The birth pangs of a new nation.  I've not seen it all the way through, but is not William Daniels the most perfect casting possible of John Adams?  And Howard da Silva of Franklin?  This was an indispensable Bicentennial project. 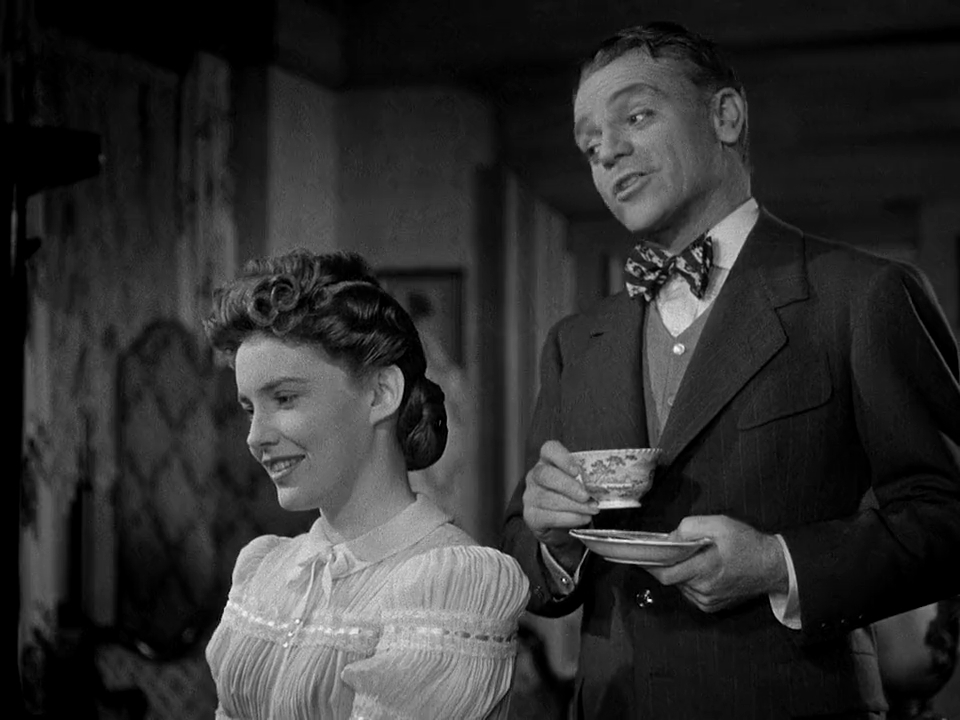 Cagney is nimble and brilliant as songwriter and patriot George M. Cohan.  No one can take their eyes off him as he dances up a storm in that unique Cagney "strut/stride", sings charmingly with his wife, Mary (Joan Leslie) and shines luminously with his love of country.

Exuberance, courtesy of unstoppable Robert Preston, and rollicking, tuneful shenanigans.  Reportedly, the studio wanted a more "box office" star, like Cary Grant, for the lead, but he would have none of it.  "No one could play it like Bob Preston",  Cary averred.  What a gent.

The tender, wistful "Till There Was You",  sung by Shirley Jones to Robert Preston, below:

Anyway, here's the rest of the July 4 schedule:

I saw "1776" on Broadway. And are you right - William Daniels was quite a presence on the stage. I was in college at the time and the college was right outside New York City (that is why I picked it). So we would hop the train and go into "the city". So glad we lucked out and were able to get orchestra seats.

Was well worth it.

Ever since the fifties my sister and  I have made Yankee Doodle Dandy our tradition for this time of year.  The role of George M. Cohan was made for Cagney and he is excellent in this movie, a terrific dancer I will add.

I sing to every song and Grand Old Flag gives me a feeling of pride every time.  It is such a uplifting entertaining movie and I consider it my 4th of July salute!!!!!!

@drizzella,  wow, it must have been fabulous to see it live-- lucky you.  Such theater experiences are so vivid and immediate-- they remain etched on your memory.

That is such a neat family tradition to have, @spider woman !   I'm glad TCM is continuing a tradition of showing it on Independence Day.  At least, I'm assuming it was TCM.  Read something recently that suggested new people steering the channel somewhat away from its original course--- hope that doesn't mean they will discontinue fun annual tributes like their July 4 schedule...

AND LOOK! Looks like this book will be released September 22, 2020.

But He Doesn't Know the Territory: The Story behind Meredith Willson's The Music Man - "Broadway edition"
by Meredith Wilson

It is a reprint of Meredith Willson's 1959 memoir.

@oznell   Thanks for the heads up.  Back in the Stone Age, our sorority performed a medley of Cohan songs for Greek Sing.

We won, but I am not sure if it was the quality of our voices or the inspiration of Cohan's lyrics that cinched the win.  I suspect the latter.

One of my fav films. We frequently will sing,"Always to the right". John Cullum,who plays one of the delegates from the south, has won many awards from Broadway productions, was on "The Middle" and played the grandpa.

I always look forward to the classic, Yankee Doodle Dandy with James Cagney on July 4th weekend.  It's a wonderful movie.  You can find a trailer of the film on utube.

@oznell  "1776" is a family favorite! Each July 4th, it's just a matter of time before someone messages "Somebody open up a window!" and someone answers "Sit down John!" Also, "The Music Man" is a personal favorite. Thanks for posting!