Auto-suggest helps you quickly narrow down your search results by suggesting possible matches as you type.
Showing results for
Search instead for
Do you mean
Reply
Topic Options
Highlighted
stevieb
Honored Contributor

Well, the spoilers did pretty much already say that Quinn gets what she needs to take Brooke down.

Are these scenes/episodes filmed out of sequence?

How many times does Shauna pop in at the office in one day?

So lame. Can't stand her.  Lock the door already!

Loved Douglas today in his pj's. Laughing when Thomas told

Douglas it is up to him to decide who Thomas marries. So crazy!

Can't wait for the wedding!!!

I like the blue gown Brooke wore at the wedding.  And the pearls woven throughout Zoe's hair are a lovely touch. 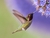 The Bold and the Beautiful Spoilers: Douglas Paternity Twist – Bombshell for Thomas, Could Ridge Be Douglas’ Father After All? The Bold and the Beautiful (B&B) spoilers tease that Thomas Forrester’s (Matthew Atkinson) dream is about to go up in smoke. Thanks to all the wedding chaos that’s set to play out, Thomas will lose the bride he wants as well as his backup. Hope Logan (Annika Noelle) certainly doesn’t want a future with Thomas, but Zoe Buckingham (Kiara Barnes) won’t either after his true intentions are exposed. What’s next for Thomas after this double blow? B&B fans can probably expect Thomas to throw himself into that business storyline that’s been teased. He’ll hope to rid the Forresters of the Logans, especially Brooke Forrester (Katherine Kelly Lang). That’ll naturally involve Bill Spencer (Don Diamont) and keep the drama going for a while. However, that doesn’t sound like a very redemptive path for Thomas, which is what’s been promised eventually. The Bold and the Beautiful spoilers say Thomas will eventually start turning his life around. With that in mind, there’ll surely have to be some turning point – a wakeup call that leaves Thomas a truly broken man. Losing Hope isn’t enough since Thomas will keep making bitter moves against the Logans afterward. It doesn’t sound like there’ll be any signs of growth or change. What would truly break Thomas and might be a fitting end to the Douglas Forrester (Henry Joseph Samiri) abuse saga? We can’t rule out the possibility of a paternity change. After Caroline Spencer (Linsey Godfrey) learned she was pregnant, Ridge Forrester (Thorsten Kaye) learned was virtually impossible for him to have fathered Douglas. He tried to pose as Douglas’ dad for a while anyway, but Thomas found out the truth and naturally wanted to raise his son. What if a mistake was made? Could Douglas be Ridge’s miracle child? Ridge used to go on and on about how Douglas should be with his flesh and blood. That doesn’t necessarily have to mean Thomas! A custody battle could get messy if there’s a paternity bomb, especially with Hope in the mix. The Bold and the Beautiful spoilers, news and updates say Thomas will need a true downfall to have staying power on the show. Matthew Atkinson is a great actor who’s easy on the eyes, so B&B has every reason to want him around. At the same time, something’s gotta give when it comes to Thomas. He can’t keep displaying abusive behavior and tormenting a little boy with his plots. A simple solution would be to strip Thomas of the father title. Some medical issue for Douglas could lead to a stunning revelation. Whatever the case, it’s an interesting option to ponder. The Bold and the Beautiful spoilers say some shockers are brewing, so don’t miss all the mayhem. We’ll pass along the latest news as other B&B updates emerge. Don’t forget to stop by CDL regularly for Bold and the Beautiful spoilers.
Report Inappropriate Content
Message 34 of 118 (615 Views)
Reply
6 Hearts
Highlighted
three cees
Respected Contributor

I don't read many of the spoilers since I watch the show every day.

Hope in gowns since we hear so much talk of the 2 gowns. Guess

Thomas finished them in his sleep.

Lets see if Hope scheme or plan goes her way. Regardless of how

everybody is going to get back at Thomas, poor Douglas will be

losing it. Will Hope con Thomas thinking she will be his bride and

then proclaim her love for Liam. Maybe they got a marriage license

I think Liam & Hope will interrupt the wedding, and then Liam and Hope will get married. 😱
Report Inappropriate Content
Message 36 of 118 (573 Views)
Reply
3 Hearts
Highlighted
Sooner
Honored Contributor

I can't stand to see Brooke be right.  She is SO disgusting.

I can't stand to see Brooke be right.  She is SO disgusting.

True. I also am not at all happy to see LIttle Liam come out on top.