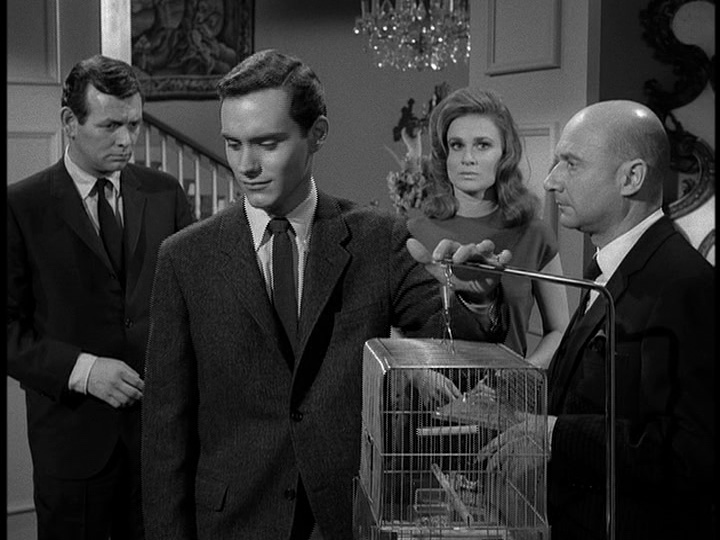 This is definitely one to DVR-- on of my favorites of the series.  This time Dr. Kimble's fugitive flight takes him to the rarefied atmosphere of concert musicians.  He gets hired as a chauffeur in a pressure-cooker household that includes teenage violin prodigy (Rex Thompson), his demanding guardian (brilliant British actor Donald Pleasance) and smart and sympathetic secretary (gorgeous Sixties' actress Carol Rossen, who incidentally was the daughter of blacklisted director Robert Rossen).

With his trademark sensitivity, Kimble perceives undercurrents that make him want to work with the secretary to prevent tragedy.  Donald Pleasance is in his element as an authoritarian impresario, living vicariously and determined to squeeze the last bit of talent from his high-strung teenage protege.

Pleasance was the sort of actor who played everything, from elevated Pinter drama all the way to popular entertainment, and was great at everything.  A critic called him a potent combo of eyes and voice, which you can glimpes part of here, ha: 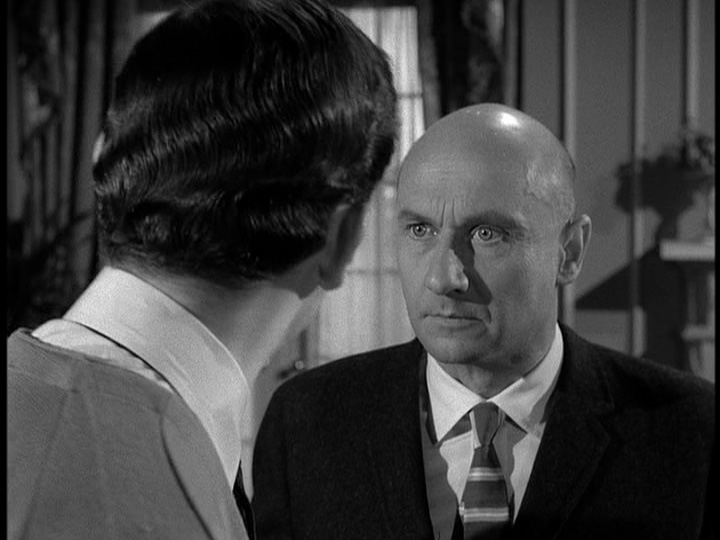 Just a treat of an episode, and added bonus, set in an appealing, vaguely Tudoresque house ideal for a lot of artistic temperaments to rattle around in.  The set decorator for "The Fugitive" was always totally spot on...

And here's the whole episode streaming on Youtube for those who don't get MeTV.  The sound is a little 'metallic', but otherwise good!

Pleasance was on one of our favorite Columbo episodes--the owner of a winery.  An exceptional actor.

David Janssen was perfect as Kimble.  Watched The Fugitive faithfully in its original run in the 1960s.

The movie with Harrison Ford is also a favorite of mine.

Hi @oznell .  My non-cable (over the air) ME-Tv has finished its nightly run of The Fugitive (following Dark Shadows) so for the time being I'll have to check the YouTube version.

They're now running the original Twin Peaks in the 11:30pm time slot Fugitive was in.

Oh, that's interesting, @Hedge.  The individual MeTV stations seem to have a certain amount of latitude in which shows they run at different times...   Ours is the worst on the weekend in the daytime--  they seem to forget the national "feed", and show horrible local shows, lawyer solicitation, local bowling etc.

I'll never forgive them for pulling "The Streets of San Francisco" for some forgettable local programming...

@oznell  I used to love this show!  This and The Untouchables.

My TV viewing would be so boring without you @oznell

Thanks for the info.

It's such a pleasure to find people with similar tastes, @godi!

Fabulous episode.  The brief line near the end, in which the young violinist tells his guardian what he really thinks of him, is one of the most stinging I can imagine from any protegee to any teacher.