Auto-suggest helps you quickly narrow down your search results by suggesting possible matches as you type.
Showing results for
Search instead for
Do you mean
Reply
Topic Options
NYC Susan
Esteemed Contributor

Ridiculous. A lot of people aren't good at math.

What, a person can't admit they suck at math because of their gender? That's just bizarre.........

I suck at math and I don't care who knows it. I am great at many other subjects but math was never my thing.

I never liked math either.  I still got good grades but other subjects were always pretty easy for me.  Math was always a struggle, mostly because I just didnt enjoy it.  I never viewed it as a male vs. female thing.

One of my very first role models was a friend of my parents who happened to be a high school math teacher.  And she was female.  This was back several decades.  I think some people are good at math and some aren't.  Some like it and some don't.  Some are men and some are women.  I know plenty of women who are good at math, and I've worked with quite a few.

Other statements that should be eliminated involve describing "body problems" continuorsly or suggesting that viewers should feel the same: e.g. "I don't like my thighs." "I don't like my hips."

Let's add "real women have curves" to the list!

I am a woman with many curves so I know this is meant as a compliment. But you can compliment curvy women without insulting women with different body types!. There are an unlimited number of compliments to go around, we won't run out.

On its own it may not seem like a big deal, but it's part of the barrage of mixed messages women and girls hear their entire lives. 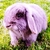 Only the female hosts say this and it perpetuates the steriotype that girls are not good at math.  Since this is International Womens Day this is my request to QVC.

THanks for your consideration.  Diane

Maybe they are NOT good at math. I'm not. No reason to lie IF it's true.

The whole thing is so ridiculous!