The Ravens at the Bengals. I'll take the Ravens.

Panthers at Falcons. I'm not sold on the Falcons. I'll assume Cam has a big game.

Colts at Redskins. I guess I'll take the Redskins at home.

Eagles at Bucs. I'm taking the Eagles and assuming the pass rush will rattle Fitzpatrick.

Dolphins at Jets. The Jets! Those NY fans have a real live QB.

Chargers at Bills. Chargers. The Bills were awful last week.

Vikings at Packers. If Rodgers can limp out and play, the Packers. If not, the Vikings.The

Browns at Saints. The Saints.

Cards at Rams. The Rams.

Raiders at Broncos. The Broncos.

Giants at Cowboys. That Cowboy pass rush will harass Eli into mistakes. I"'ll take the Cowboys.

Sorry for the lack of details, but I'm posting from my ortho doc's office while waiting for my monthly checkup. I'll fill in more details later.

All the teams with new coaches lost last week; what are the odds of that happening again?

The Panthers are looking for alternative places to play because of Florence. Maybe back in Atlanta.

Also, the Colts-Redskins game could be affected depending on how much rain the Washington area gets. There might not be too much of  a passing game  The Colts couldn't stop  Mixon last time, so they could have a problem with Washington's RBs. unless certain changes are made. SPURT will be happy to hear that.

Gardenman, taking the Jags over the Patriots? I'm not sure about that. The Jags almost won the AFC title game last year, but I would never count Brady out.

The Packers aren't saying about Rodgers' status.I have no idea how serious his injury is. It couldn't have been too bad, considering how he returned and then won the game for them.

All the teams with new coaches lost last week; what are the odds of that happening again?

interesting @teganslaw......i dont think i even realized that! that WILL make for an interesting week 2.

when do the bye weeks start kicking in?

I think that Jags defense can give Brady enough trouble to eke out the win.

You never know with knee injuries like Rodgers. Carson Wentz stayed in the game and threw a touchdown pass with a torn ACL and LCL. The fact that they put Rodgers in a brace strongly implies he had a structural defect of some sort. A sprained MCL is a sometimes playable injury, but I wouldn't be shocked to hear it was a bigger issue.

Teams with new coaches are typically bad teams to start with, then they're adapting to new systems, so early season losses are not uncommon.

@gardenman, I'm a long suffering Jets fan, I can't tell you how excited I was watching the game Monday night. After the interception on the very first play, I was thinking the same old Jets! Now I'm not going to get too crazy, but I am optimistic this season will be better than the last one.

I think the Jets may finally have a real live QB. I can't remember the last time I've been this optimistic about a Jets QB. Now they have to build a team around him. He could be the real deal. They just can't destroy him now. 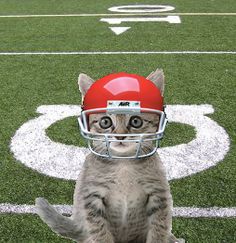 Ravens vs Bengals-- Lets see if the Bengals can keep their streak going ...not with but with a win, but with a defensive player getting ejected because of a dirty hit. Picking the RAVENS

Panther vs Falcons--I wonder if Georgia and the game will be impacted by the hurricane????   Falcons were in the Red Zone but couldnt score....Panthers lost Olsen due to injury.....Ill pick FALCONS to bounce back

Colts at Redskins---Redskins are worried about facing Andrew Luck with the weakness in the secondary....lets see if Dunbar can continue to do a good job.  But additions of Payne and Allen along with Kerrigan will apply the pressure.  With a healthy Chris Thompson at RB and Jordan Reed at TE, addition of Richardson the Redskins have plenty of weapons on offense.  Going with my REDSKINS HTTR! (sorry @teganslaw )

Texans at Titans---JJ Watt had a quiet game last week, after being out last season, and DeShaun Watson didnt get going until late in the game he was rusty too.  I think they will both shake off the rust and WIN this week-TEXANS!-GOJJ!

Eagles vs Bucs---Who knew Fitzpatrick could be such a prolific passer and outplay Drew Brees........Can the Bucs continue their winning ways? Can Foles and the Eagles get back on track and improve their performance? I'm going with the EAGLES!

Chiefs vs Steelers--Mahomes was on fire last week, and the Chiefs played well.  The Steelers struggled and ended up tieing the Browns... Going with the CHIEFS!

Chargers vs Bills--Bills were awful...they may start rookie QB Allen.  Going with Philip Rivers and the CHARGERS!!

Packers vs Vikings--Captain Kirk and maybe Aaron Rodgers will battle in this rivalry.  If Aaron plays PACKERS,(cant stop even a limping GOAT) if not Vikes and Capt Kirk will win....

Lions vs 49ers---Lions looked awful, they have no running game and the Jets said they figured out the Lions signals. Stafford was beat up by the Jets D.  Jimmy G didnt have a good performance either....but will go with the 49ers..........

Cards vs Rams---RAMS!!!  Rams are too strong

Patriots vs Jaguars---This should be an interesting game.  Can the Jags D hold off Brady and Gronk...and will Bortles mess up the Jags.  The Texans ALMOST came off with a win against the Pats....I'm going with the felines-- Go JAGUARS!!

Giants vs Cowboys---Giants are really talking trash, and always play well at Jerry's "palace" must be the artwork there that inspires them

And what's up with Jerry Jones spotted with Dez at Beyonce/Jay-Z concert in Dallas.....hmmmmm.  I think Dak will continue to struggle going with the NY FOOTBALL GIANTS!  (my sis will be happy).

P.S. Hope you're healing and doing well with your recovery @gardenman

LB Darius Leonard and DE Margus Hunt were all over the place when they played the Bengals. Also, OT Anthony Castonzo is suppose to be back Sunday. It will be interesting to see if any of them can pressure Alex Smith.

However, no one could stop Mixon, so will any of the Redskins' RBs be stopped? .Adrian Peterson might have another good game. Don't sleep on Thompson, either.

I'm not concerned about Doyle His fumble was a fluke, since he rarely fumbles the ball and is one of the best TE's. He and Ebron will be sharing snaps.

Foles has got to wake up one of these games. I have a feeling that he will eventually explode.

Hope that snowboard was worth it

Good Luck to all teams!!!

I may not agree with what you say, but I will defend, til death, your right to say it
Report Inappropriate Content
Message 9 of 53 (617 Views)
Reply
2 Hearts
Highlighted
yellowbeetle
Trusted Contributor

Packers over Vikings if Rodgers plays ... but if he doesn't, then ... Vikings over Packers!