Auto-suggest helps you quickly narrow down your search results by suggesting possible matches as you type.
Showing results for
Search instead for
Do you mean
Reply
Topic Options
teganslaw
Respected Contributor

Reich wants Philip Rivers to stay with the team in 2021, but he isn't sure what he'll do yet. Several Colts players would also like to see Rivers  stay as he's respected throughout the organization.

I think that Brissett will move on after his contract ends, but it depends on salary cap issues, whether he'll be a starter or backup. Rivers' decision probably has something to do with what happens to Brissett. 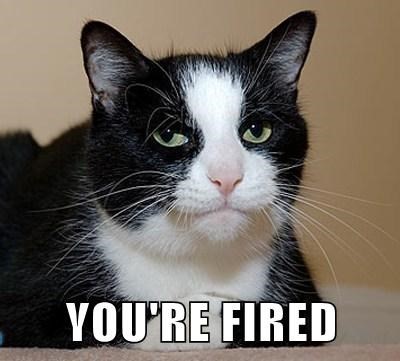 Animals are reliable, full of love, true in their affections, grateful. Difficult standards for people to live up to.”
Report Inappropriate Content
Message 92 of 99 (974 Views)
Reply
0 Hearts
soonersis
Trusted Contributor

Congratulations to the Browns.  They're not my team, but I'm a fan of Baker and I'll always support him.  Pretty incredible how they pulled off that win with everything they went through last week.  Of course Pittsburg pretty much imploded, but did try to come back. Just goes to show if you dig yourself a huge hole like they did in the first quarter it makes it almost impossible to come back from something like that.

Not a big surprise. When you pick a fight with the owner and GM, you tend to lose. Doug will land on his feet and be fine. The Eagles are launching into the unknown. Names being thrown about are Duce Staley, Lincoln Riley, and the rest of the potential coaches everyone else is interviewing. Lincoln Riley would cost the most. You'd have to overpay him to pry him from Oklahoma. The Eagles have a multi-year relationship with him and have sought his council on players, so he could be the prime target.

The situation in Philly is a bit of a mess. Doug Pederson was hired in 2016. Towards the end of the 2016 season, Lurie/Roseman interviewed Jim Schwartz (the defensive coordinator) to possibly take over as head coach. One year in and they were already ready to move on. Doug had to hear about that and then he won the Super Bowl in 2017.

At the end of last year, the media wanted to know the status of several of his offensive assistants and he told them that they were safe and coming back this year. The very next day they got fired by Roseman/Lurie. Doug had to sit there and try to explain why things had changed.

This year they were telling him who his coaches could be again and who they wanted gone. Doug put his foot down and said no and they said goodbye.

The drafting has been horrible in recent years. We've had one pro bowl player drafted and that was Wentz. Two years ago we took JJ Arcega-Whiteside (career stats 24 catches for 254 yards) over DK Metcalf (career stats 141 receptions 2,203 yards.) This past year we took Jalen Reagor (31 receptions 396 yards) over Justin Jefferson (88 receptions 1400 yards.) At pretty much every draft slot we've taken the wrong guy. Now, hindsight is 20/20 but at some point, you should draft a guy who is better than the rest, but we never do. There's a video of the Vikings laughing in disbelief when we took Reagor over Jefferson. They knew what was happening and we didn't.

In Jeff Lurie's presser, he largely absolved Howie Roseman of any blame, but Howie has not done a good job. We've signed ineffective free agents and overpaid them. We've consistently drafted poorly. Even when we get lucky and stumble upon a good undrafted free agent (Travis Fulgham) he ends up getting benched in favor of one of the has-beens.

The Cowboys are reportedly hiring former Falcons head coach Dan Quinn to be their new defensive coordinator. To no one's surprise, it's another "name" hire as JJ loves his big-name guys. Having another former head coach as your DC puts a wee bit of pressure on McCarthy as Quinn may be plotting to replace him in the very near future.

You may have noticed that Dan Quinn's name hasn't come up in many of the head coaching openings. There's probably a reason for that, and it's not because he's too good. He was never able to get the Falcons defense to the level his "Legion of Boom" guys were in Seattle. Given the state of the Cowboys secondary, he's likely to have issues in Dallas also. The Cowboys don't have a Cam Chancellor, Byron Maxwell, Richard Sherman, or Earl Thomas. (They could sign Earl Thomas I suppose, but he's not the same Earl Thomas these days.) Great players (and those were great players) can make any scheme look great. Take that scheme and have lesser players and suddenly it doesn't look as good.

The local media is acting like the Eagles are an expansion team with no players on the roster and no coach will want to coach such a talentless roster. Uh, no. In the real world, this is a pretty talented team.

Wentz and Hurts are both competent and potentially excellent QBs, Miles Sanders is an upper-tier running back. Goedert and Ertz are as good a pair of tight ends as there are in the league. The offensive line with Lane Johnson and Brandon Brooks is solid on the right side. If Jason Kelce comes back they're solid at center. Isaac Seumalo is a very good left guard and the Jordan Mailata and Andre Dillard battle for left tackle promises to be interesting. Mailata dominated his side of the line this year and was a top-rated offensive tackle. Wide receiver is a bit sketchy. We do have two high draft picks in Jalen Reagor and JJ Arcega-Whiteside, plus some talented later draft picks and kids.

On defense, you've got solid starters across the defensive line with good depth. Linebacker is somewhat improved this year. Alex Singleton impressed like mad and the kids with him TJ Edwards, and Davion Taylor have shown good flashes. The defensive backs are a mess, but Darius slay is a very good,upper-tier lockdown corner. That's not a bad place to start. We've got a couple of very good nickel corners in Avonte Maddox and Cre'Von LeBlanc.

This isn't a talentless team that needs a complete rebuild. It's a pretty solid roster that just needs to stay healthy and play hard. Now, I think Wentz and Ertz are likely gone in trades this year. I wouldn't be shocked to see Fletcher Cox get moved also. Those moves will hurt the roster depth, but the team should survive. If that sixth pick is used for a playmaking wide receiver or a second lockdown corner, the team will be in good shape.

Well it looks like the Eagles have contacted Oklahoma coach Lincoln Riley......His QB pupils have been Mayfield, Murray & Hurts....hmmmmmm  But the Eagles may have to pay a high price with some considering Riley "has it made" at Oklahoma....

What strikes me as odd is the Eagles question marks seem to be on the offense and a BIG decision about the starting QB has to be made there....seems more of an offensive minded coach would be the choice, unless a special QB Coach is also hired...

Animals are reliable, full of love, true in their affections, grateful. Difficult standards for people to live up to.”
Report Inappropriate Content
Message 98 of 99 (862 Views)
Reply
0 Hearts
Spurt
Honored Contributor

Reich wants Philip Rivers to stay with the team in 2021, but he isn't sure what he'll do yet. Several Colts players would also like to see Rivers  stay as he's respected throughout the organization.

I think that Brissett will move on after his contract ends, but it depends on salary cap issues, whether he'll be a starter or backup. Rivers' decision probably has something to do with what happens to Brissett.

I see where Constanzo is retiring.....

Animals are reliable, full of love, true in their affections, grateful. Difficult standards for people to live up to.”
Report Inappropriate Content
Message 99 of 99 (861 Views)
Reply
0 Hearts