Auto-suggest helps you quickly narrow down your search results by suggesting possible matches as you type.
Showing results for
Search instead for
Do you mean
Reply
Topic Options
Spurt
Honored Contributor

ESPN asked 50 reporters and analysts to name the NFL greatest players of all time in each position.

Adam Vinatieri was named the GOAT in the kicker/punter position. Justin Tucker was a close second; Vinatieri beat him by one point.

Guess who was the GOAT quarterback? Tom Brady, which was no surprise.

The other GOATs can be found on ESPN website. There were some surprises (to me) on the list.

i have no doubt that JTUCK is going to surpass him......

Thanks for sharing the info TEGAN

Now now they are both FINE players......and EXCELLENT at the position!.......Now if there's extra points for singing then JTuck would have the edge....😉

Animals are reliable, full of love, true in their affections, grateful. Difficult standards for people to live up to.”
Report Inappropriate Content
Message 31 of 308 (230 Views)
Reply
0 Hearts
gardenman
Honored Contributor

We have a game (of sorts) tonight!!! The Jags and the Raiders face off in the Hall of Fame game. We won't see many of the starters, but it's football.

The Cowboys have decided, "You know what? Maybe we could use another linebacker on the roster?" (Gee, do you think?) Being the Cowboys, they went for the "name" guy in Anthony Barr. His history is interesting. In 2019 he was ready to sign with the Jets on a long-term deal then backed out and went back to the Vikings on a 5-year, $67+ million deal. For those keeping track, it's not five years since 2019. Last year (2021) they tore up the five-year deal and did a one-year deal at $8.6+ million.

As a general rule, guys playing well don't walk away from a $13.5 million a year deal through 2023 to take a one-year deal at $8.6 million and then take a $3 million deal from the Cowboys the next year. Suffice to say Anthony Barr's best days are behind him. Way behind him apparently. He's a linebacker and a name player. He can provide veteran leadership and guidance to the kids, but his on-the-field performance may come up a wee bit short. Well, more than a wee bit short. But he's a body and a "name" player so he's a Cowboy.

The NFL is appealing the Watson ruling. They want a full-year suspension with fines and counseling. We should get a ruling fairly quickly as no new testimony is allowed. Then the fight moves to the courts.

The Eagles moved up today's practice by an hour as the temps here will be hitting 97 (or so today.) Get the guys out and off the field earlier while the temps are still manageable.

The name everyone in the local media is falling in love with so far this preseason is James Bradberry. He's been sticking to receivers like glue and has looked very, very good. By and large, most of the players have looked good so far. There's already some talk of the Eagles extending Bradberry beyond this year.

Nakobe Dean is still feeling his way, but he's gotten a few first-team reps also and seems to be adjusting to the NFL. Jordan Davis is just a beast. He's absorbing two to three offensive linemen in the running game and isn't moving. Cam Jurgens has looked good in camp so far also. He's getting some work at right guard in addition to center.

The Eagles are absurdly deep on the o-line and could see a player or two get moved in trades before camp ends. Andre Dillard and Isaac Seumalo being the two most likely to be traded. Both could also be retained. The Eagles won't just give one of those guys away. Expect to see both of them get some playing time in the preseason games to whet teams' appetites for them.

Washington's LB, Drew White, tore an ACL he has been waived with an injury designation, if no one claims him he will be placed on IR.

Washington signed CB De'Vante Bausby. He spent time on the Patriots practice squad last season and saw regular season action with the Broncos and Cardinals during the 2020 season. Bausby spent the spring playing for the USFL’s New Jersey Generals and has 60 tackles in 26 career NFL games.

Ron Rivera, likes what he sees with the connection between Wentz and TE Cole Turner....he said the TE group has a variety of talents and personalities....Rivera said he cant wait until Bates and Thomas get out there and is anxious to see what Wentz and those guys do......He really likes the TE group....In his Press Conference Cole Turner said his connection with Wentz off the field, has made them stronger on the field ! He said Carson is great guy and they talk a lot of stuff outside of football.... (gee, but I thought Carson was standoffish and didnt get along with his teammates...🙄)

Animals are reliable, full of love, true in their affections, grateful. Difficult standards for people to live up to.”
Report Inappropriate Content
Message 33 of 308 (220 Views)
Reply
1 Heart
gardenman
Honored Contributor

Carson Wentz loves his tight ends. He feeds them the ball a lot. And I mean a lot. Which was part of the reason there was tension between Wentz and Alshon Jeffery. Alshon wanted the ball more, but Wentz fed Ertz and Goedert instead. (And Trey Burton before Goedert.) The Commanders' tight ends had better be ready to see the ball a lot. Wentz will make them look good.

The Eagles have been pretty lucky with injuries so far. Andre Dillard and Jordan Mailata are out today with concussions. (How? Those absurdly padded helmets they're wearing this year are supposed to prevent concussions.) Rookie tight end Grant Calcaterra is still out with a hamstring. Devonte Smith is out with a groin issue. (Believed to be minor.) Greg Ward has a bad toe. Zach Pascal is limited coming off a nasty stomach virus that put him in the hospital. Mac McCain is being held out with a sore knee.

Those are mostly just bumps and bangs and nothing terribly serious. Let's hope it stays that way.

SPURT, I heard of De'Vante Bausby. He had 17 tackles and 1 interception with the Generals. The team had the best record in the North division.

Carson Wentz liked throwing to Colts' TEs, Jack Doyle and Mo Allie-Cox frequently. You could count on them being a large part of the game quite often.

Marquise (Hollywood) Brown was arrested for speeding. The Cardinals know about it and are monitoring the situation. I haven't heard about Brown getting into trouble when he was with Baltimore.

While Im excited to hear Wentz likes his TE's and it sounds like our offense will be more diverse and we'll have a lot more options. But I hope Wentz doesnt forget about Scary Terry and Dotson.....Dotson has really been getting good reviews by BOTH the offense and defensive players.....Kendall Fuller and Jon Allen cited his maturity and Fuller said Dotson's professionalism reminds him of Ryan Kerrigan and his work ethic...... And some are comparing Dotson to the Raven's @sunshine45 Steve Smith Jr. as Dotson plays bigger than his size....(but without Smith's "mouth" 😉😄) Hmmmm maybe OC Scott Turner can grab a few plays from the 1982 Redskins under Joe Gibbs and his "smurf receivers"---Charlie Brown, Virgial Seay, and Alvin Garrett...

Animals are reliable, full of love, true in their affections, grateful. Difficult standards for people to live up to.”
Report Inappropriate Content
Message 37 of 308 (203 Views)
Reply
0 Hearts
Spurt
Honored Contributor

SPURT, I heard of De'Vante Bausby. He had 17 tackles and 1 interception with the Generals. The team had the best record in the North division.

Carson Wentz liked throwing to Colts' TEs, Jack Doyle and Mo Allie-Cox frequently. You could count on them being a large part of the game quite often.

Marquise (Hollywood) Brown was arrested for speeding. The Cardinals know about it and are monitoring the situation. I haven't heard about Brown getting into trouble when he was with Baltimore.

Thanks for the info! 😊

Animals are reliable, full of love, true in their affections, grateful. Difficult standards for people to live up to.”
Report Inappropriate Content
Message 38 of 308 (203 Views)
Reply
1 Heart
Spurt
Honored Contributor 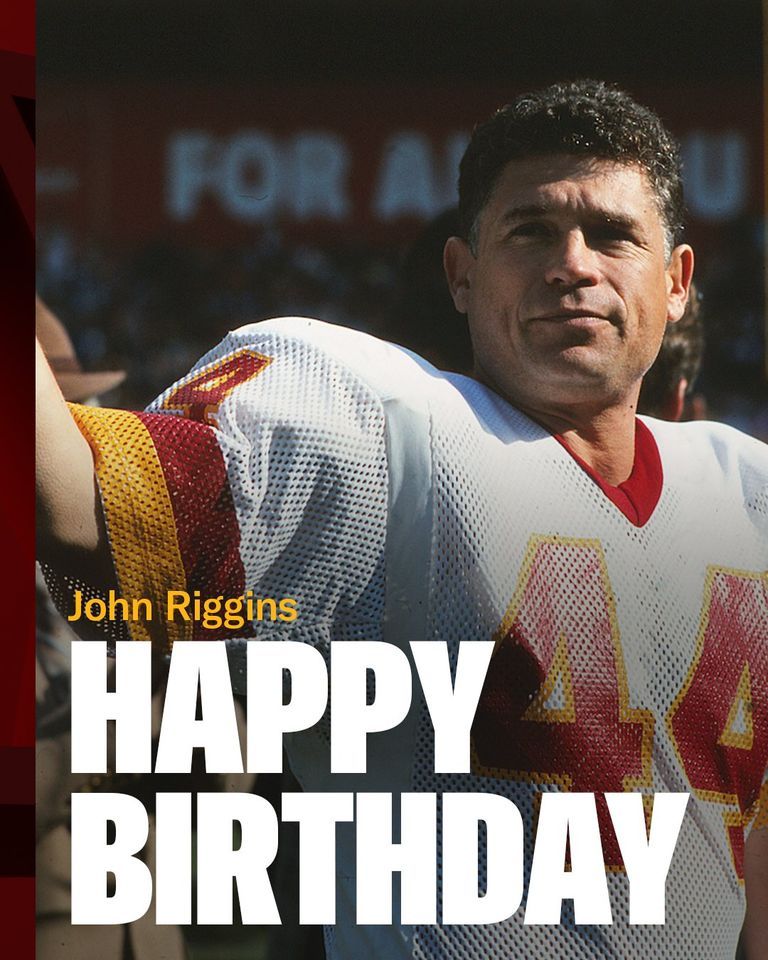 Animals are reliable, full of love, true in their affections, grateful. Difficult standards for people to live up to.”
Report Inappropriate Content
Message 39 of 308 (193 Views)
Reply
1 Heart
teganslaw
Esteemed Contributor

Aaron Rodgers admitted that he consumed the herbal drink ayahuasca in seasons 2020 and 2021 which helped him win the MVP award both times. It's a drug used in South America for centuries and has a psychoactive effect on the brain.

Maybe he shouldn't have admitted this. The NFL might decide to put ayahuasca on the list of illegal substances. They are quick to fine or suspend players for high performance drugs.