Auto-suggest helps you quickly narrow down your search results by suggesting possible matches as you type.
Showing results for
Search instead for
Do you mean
Reply
Topic Options
Writer with Flair
Respected Contributor

I have been reading the Texas Sheet Cake thread.  Great ideas and a Peanut Butter version was posted.

Have only made chocolate before.

There is a white recipe posted as well that does Not use shortening.

I posted I had a white recipe, but I was leery of shortening.

I haven't bought Crisco since the 80's I think!  LOL

Anyone ever make a cake or frosting using shortening?  I just don't think I would want to 'eat' it.  Frying in it is one thing, althought I do not fry.

But it would be raw in a frosting....I am use to butter cake/frosting recipes.

When I was growing up, I remember relatives and a certain local bakery making the most delicious white cakes with white frosting.  The cakes were particularly moist and dense.  I later found out that it was LARD in both the cake and the frosting that was the "secret" ingredient.

I seem to remember that you could buy a gigantic brick of lard at the grocery store back in the day.  (I don't remember it smelling like bacon or anything like that.)  All this information is in a lard-like mist in the remote reaches of my highly saturated fat memories. 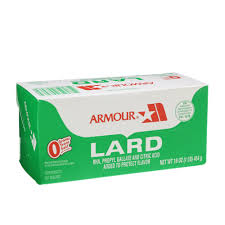 I remember my mother telling me that her mother used to let the girls pick a dress from the Sears catalog for Christmas.  Then my grandmother would proceed to perfectly reproduce that dress for her daughters.  They only got one or two new dresses a year since that Grandmother had 13 children.   I can't even imagine looking at a dress and have the ability to remake it at home without a pattern.  Even with a pattern I can't imagine remaking it.  My maternal Grandmother was a force to contend with.  She also made suits for the boys in the family from just looking at the photos in the catelog.

Wow, Mustang!  Your Grandmother was a truly one AMAZING seamstress!  Making dresses AND suits just from looking at the pictures in a catalog.  That truly is a GIFT!

I once met a woman in a fabric store.  She recently had retired from being a pattern maker for a woman's sportswear company.  Somehow, she could just look at a designer's drawing and make patterns for the pieces of the garment.  I wish that I had thought to get her contact information.  It would have been great to get her to make some patterns for me.

We are in for a steamer weekend they say...hope they are not lying because I want to get in the pool!

Now where is my special K Team Bathing Cap?? 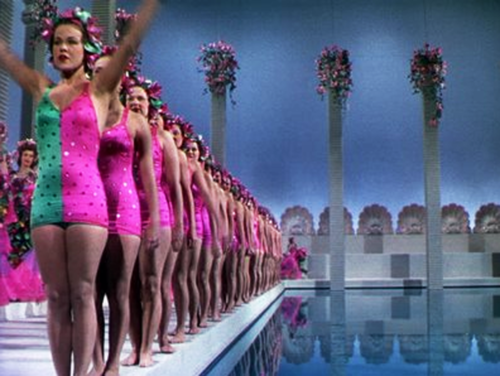 Oh yes and lard is supposed to make the best pie crusts also!

I just don't think I can get on board with lard!  LOL

My family doesn't care for buttercream...too rich.  So I tried a butter/shortening mixture for the frosting but I could taste it and thought it was weird.

Oh yes and lard is supposed to make the best pie crusts also!

I just don't think I can get on board with lard!  LOL

My family doesn't care for buttercream...too rich.  So I tried a butter/shortening mixture for the frosting but I could taste it and thought it was weird.

I know what you mean.  A lard-based cake or icing seems pretty heavy.  I had also heard that thing about the best pie crusts being made with lard.

So, what do you use to frost cakes?

I use a stable Whipped Cream recipe from lifelovesugar.com

It pipes, it decorates, it never breaks down!

Make the whipped cream by adding all the ingredients to a large mixer bowl and whipping on high speed until stiff peaks form.

Oh hey, I just found this recipe for Chocolate Buttercream on King Arthur but it uses heavy cream.  I am going to give it a try!  I'm thinking the heavy cream would make it much more palatable than just butter or butter and shortening with milk

Thanks for sharing both of those recipes.  I appreciate it.

How is your weather down there?  We are pretty humid, I would imagine you might be too?

I hope @tiny 2 is having perfect weather in the mountains!