Auto-suggest helps you quickly narrow down your search results by suggesting possible matches as you type.
Showing results for
Search instead for
Do you mean
Reply
Topic Options
Writer with Flair
Respected Contributor

Your recipe for fried squash blossoms is what I remember seeing.  I never thought about them being served with sweet toppings!   Can you describe the taste and texture?

I used the recipe I shared with wild daylilies.  I'll try to recall the taste and textures because I haven't made them since the 1970's when I did so with my mother.

As I recall, the daylilies themselves were pretty bland.  The crust poofed up and reminded me a little of beignet or tempura crust.  (In fact, tempura batter might be a nice way to go on your squash blossoms.)

You could cook your blossoms and taste one to see if you would like it with sweet flavors.  If not, leave the sweet things off and have it as is.  Either way, it goes without saying to be sure to use fresh oil in which to fry them.  That can add to or detract from the flavor.

I  just found a couple of savory recipes that you might like to look at.  One uses beer or club soda to make a nice crust.

This is a recipe specifically for fried zucchini blossoms.

This recipe is for squash blossom beignets.

Thanks for the recipes.  I didn't plant squash of any kind this year; just heirloom tomatoes and basil.  And I have several types of herbs.   I just think that they always look pretty.  Always wondered what they taste like and do you eat the stem?

So it is getting warmer and I wanted to point you all to the thread that is requesting sangria recipes.   I posted one from Carol 1229-it's very light and refreshing for the summer.  Thought some of you might be interested.  There seems to be quite a few good sounding recipes there.

Good morning Kitchenettes, happy Cooler Weather Sunday my friends (gosh it's nice to wear a robe in the morning) . . . 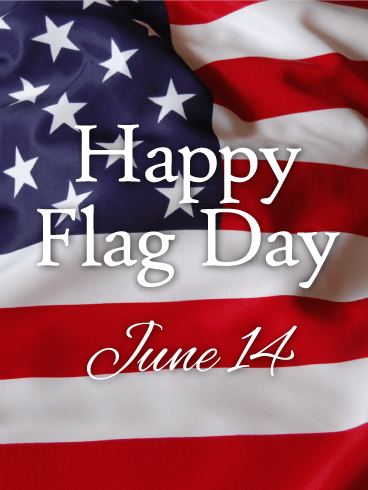 Thanks for the recipes.  I didn't plant squash of any kind this year; just heirloom tomatoes and basil.  And I have several types of herbs.   I just think that they always look pretty.  Always wondered what they taste like and do you eat the stem?

As I try to wade through the fogs of time and remember, I don'think we ate the day lily blossom stem.  It made a convenient little "handle" for pulling the open blossom through the batter and for picking it up to eat.  I wish I could remember more but it has been many, many years.

A PBS site says the following about the flavor of daylilies:

"The daylily plant is an edible flower that can be used both fresh and dried. The taste is somewhere between asparagus and green peas."

I don't remember anything tasting like asparagus or green peas.  Maybe you would get more of that kind of flavor if you cooked the unopened bud.  As I said before, I think that the opened blossoms were pretty bland.

At the end of this message is a link to the site where I found this information.  There is a lot of interesting stuff there.  In the questions section, someone asks about using daylily recipes for squash blossoms.  (It is fine.)

You mentioned that you had basil and tomatoes growing in your garden.  When we lived in North Carolina, there were a couple of restaurants in the town where we lived that served fried fried sage leaves as an appetizer.

I did a bit of looking a few minutes ago and saw that apparently it is quite popular to fry sage leaves or basil leaves.  The Pioneer Woman even has information for flash-frying herbs and how to use them.  Here is the link:

Since you are growing basil and tomatoes, a few things came to mind.

We had a friend who made a basil bread instead of garlic bread whenever he served lasagna.  I seem to remember that he had some friends or relatives who did not like garlic, so he made the basil bread as a substitute.  There was nothing really to it; he brushed some good olive oil on slices of bread, sprinkled them with basil, and then toasted them in the oven.  I still make it for Mr. Writer.   It is a nice change every once in a while.

I also make baked tomato halves when tomatoes are in season.  I don't really have a recipe.  I just cut ripe tomatoes in half, sprinkle with salt, and drizzle a basil and olive oil mixture on top.  I cook in a 350 degree oven until the tomatoes are done.  I think some people broil them as well.

HEIRLOOM TOMATOES ARE OUR FAVORITES!  They seem to have the best flavor and I just love the interesting colors and variety of shapes and sizes.

You can add any of the following to the tomatoes before cooking:

I mix the herbs with the olive oil so they won't dry out.  You also could mix any assortment of the above mentioned items together before spooning them on the top of the tomatoes (i.e., breadcrumbs and herbs, bacon and cheese, etc.).

Tee hee...Judge Judy is my ONE guilty TV pleasure!  I taped her 2 episodes everyday and then watch them while I am on my exercise bike.

While I don't agree 100% all the time (ya know, using my extensive knowledge of the law), I do love her hard hand and 'grouch' shall we say?

I'm team Hot Bench (Created by Judge Judy) but it is pre-empted 3-4 days a week now due to local Covid19 governor press conferences here, so I have been recording Judy to get my court show fix every afternoon.