Auto-suggest helps you quickly narrow down your search results by suggesting possible matches as you type.
Showing results for
Search instead for
Do you mean
Reply
Topic Options
Chi-town girl
Honored Contributor 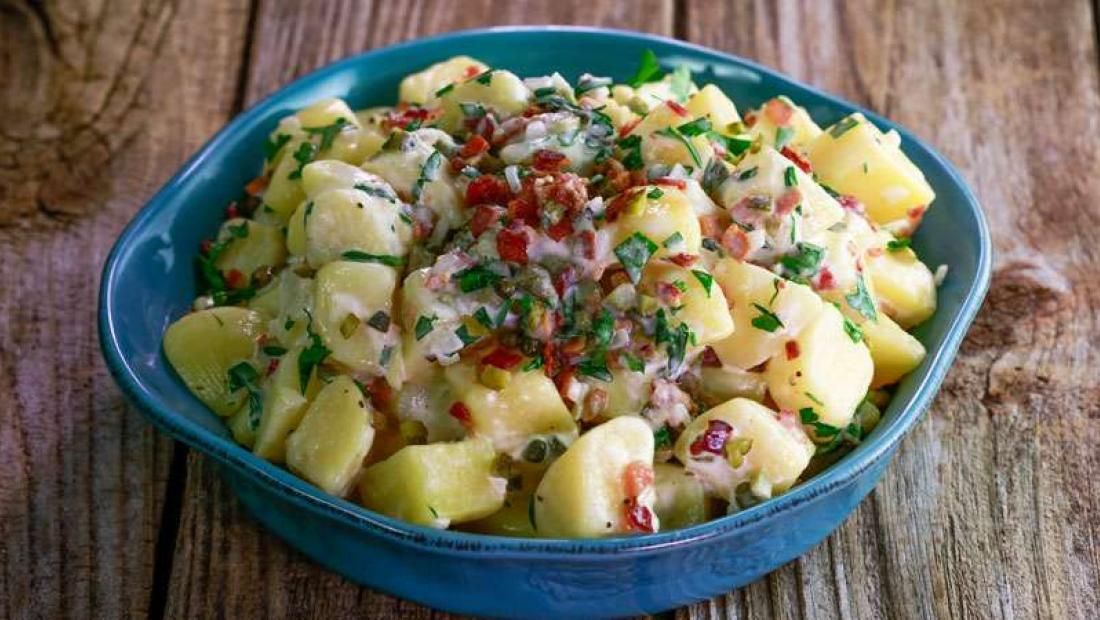 The sun is out, we’ve got our short shorts on and now that social gatherings are a thing again, we’re bound to find ourselves at a backyard BBQ or two over the next few months. If you’ve been assigned the all-important duty of bringing the potato salad  to the BBQ, you are truly in luck because we just spotted a crowd-pleasing potato salad recipe that is guaranteed to impress everyone at the party.

The recipe comes from none other than the famous chef Curtis Stone and his creation combines all the mouthwatering flavor of a baked potato into one easy-to-make salad.

Stone recently shared the recipe on an episode of the Rachael Ray Show where he demonstrated just how easy it is to make this dish. It starts just like any other potato salad by boiling potatoes in water, then soaking them in a boiling mixture of chicken broth, shallots, pickles and capers. After it’s cooled and the potatoes have soaked up all of the chicken broth, you add some mayo, parsley and lots and lots of bacon. That’s all there is to it!

“It’s best when served warm, but can be made up to eight hours ahead, covered and refrigerated,”  We love the ease of this dish but the fact that you can prepare it beforehand and leave it in the fridge until you’re ready to serve it is a huge bonus and leaves you with more time to prepare other dishes "This is one of the first potato salads I ever learned how to make—and it is my favorite, favorite dish." –Curtis Stone

Place the potatoes in a large saucepan of salted water, bring the water to a boil over medium-high heat and boil for about 10 minutes, or until the potatoes are just tender; a sharp knife should pierce a piece of potato easily and the potato should slip off the knife without falling apart.

Meanwhile, in a large, heavy, nonstick skillet, cook the bacon over medium-high heat for about 6 minutes, or until crisp and golden brown. Transfer the bacon to a plate lined with paper towels to drain.

In a small saucepan, bring the broth to a simmer over high heat. Add the shallots, cornichons, and capers, reduce the heat to medium-low and simmer very gently for 2-3 minutes, or until the shallots soften slightly. Remove from the heat.

Drain the potatoes in a colander and gently shake them to release excess moisture. Transfer the potatoes to a large bowl.

Add one-third of the broth mixture to the hot potatoes and, using a silicone spatula, gently fold and turn the potatoes in the hot broth for about 2 minutes, or until most of it has been absorbed. Repeat 2 more times, adding all of the solids and just enough of the broth to moisten. The potatoes should break down a bit. Set aside.

Gently fold the bacon and parsley into the warm potatoes then gently fold in the aioli. Season to taste with salt and pepper. Serve warm, at room temperature or chilled

The hottest places in hell are reserved for those who, in times of great moral crisis, maintain their neutrality ~  Dante Alighieri
Report Inappropriate Content
Message 1 of 7 (1,583 Views)
Reply
5 Hearts
Kachina624
Honored Contributor

I was hoping they were a new flavor of Fritos.

@drizzellla  - thank you for your response about cornichons.

@Kachina624  & all - make sure to use a dilled pickle, not sweet for this recipe. If you can't find cornichons,  use regular dill pickles

cornichon is a pickled gherkin cucumber while pickle is a cucumber preserved in a solution, usually a brine or a vinegar syrup or pickle can be (scotland) a kernel, grain 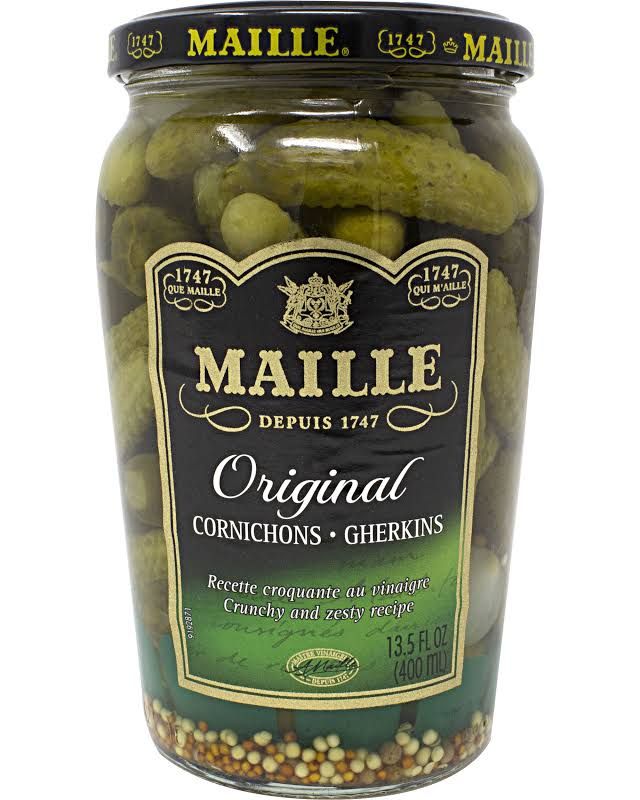 The hottest places in hell are reserved for those who, in times of great moral crisis, maintain their neutrality ~  Dante Alighieri
Report Inappropriate Content
Message 6 of 7 (781 Views)
Reply
2 Hearts
wagirl
Honored Contributor

I LOVE------ a good spud salad---just hand me a fork and the whole bowl and I would be happy all day---like the aioli idea---can make a great one, instead of mayo--love all the stuff in it too--hmmm-----spud salad