Auto-suggest helps you quickly narrow down your search results by suggesting possible matches as you type.
Showing results for
Search instead for
Do you mean
Reply
Topic Options
Highlighted
Day1128
Valued Contributor

Combine muffin mix with water, melted butter, and eggs. Stir gently until almost combined. Add frozen raspberries (don’t add too much) and pecans. If you use too many raspberries, they sink to the bottom.

Optional: When done and while still warm, mix a thin lemon glaze (mostly lemon juice) and drizzle over warm cake. You can poke holes in the cake if you like prior to drizzle. This is if you like more of a lemony flavor.

Glaze: Once cool, mix a thicker lemon glaze and drizzle over the cake. Cut into squares.

Just made Ina Garten's sour cream coffee cake for coffee hour at church tomorrow. It worked out really well, though I'll have to wait until tomorrow to check it out. I usually make either a sour cream or cinammon crumb if I"m making a coffee cake. Wondered if any of you out there who make coffee cakes have a favorite. Thanks & have a wonderful evening.

I use that one always! You will like it I've never had it turn out bad! Then again, I love all her recipes!

I make a sour cream one as well.  Hubby really likes (it's his mom's, but I have tweaked it and he likes mine better....shhhhh!)

The following coffee cake recipe is one that takes some time, but boy is it worth it.  Living in San Francisco for most of my life, I never had a chance to enter anything into a fair, until The City decided to start having fairs, which included some competitions.  Some time in the early 90s, they had perhaps 8 areas of culinary competition, one of which was non-yeast coffee cake.  A-ha, -  I can do this!  So, much thought went into developing this puppy, including makingt he loganberry jam.  I had absolutely no clue what a pastry competition would be like, so took vacation time off to be there for the entire process.  You know how the chefs are who compete on "Chopped," well that was me, as the 6 judges included Alice Watters, the editors of Bon Apetit and Gourmet magazines, executive pastry chefs from 2 famous local restaurants, etc.  I mean - we were all quite humbled.  Anyway, long story short, this recipe, my cake, won.  You would not believe what they did to my coffee cake: dissected it, tapped it at their ears, took a piece and rolled it between fingers, smelled it, ate it x3, etc.  Here we go:

To make the quark, mix together the milk and buttermilk in a 4 cup measure. Cover with plastic wrap and place a rubber band around the cup near the top to insure a nice seal.  Let stand at room temp 36 hours.  Pour “quark” mixture into top of a double boiler over barely simmering water.  Cook 5 or more minutes, enough to heat it through.  It will curdle and look something like weird cottage cheese.  Cool.  Let the whey drain through a sieve.  You now have curds (quark) and whey.  If you make bread, include the whey in your recipe, as it contains protein.

To make the cake, beat butter until light and fluffy.   Add sugar, ¼ cup at a time and continue to beat until mixture is light in color.  Add eggs, one at a time, beating after each addition.  Beat in vanilla and lemon peel.  Add quark, 1 Tbs at a time.  Sift together flour and baking powder; gently fold into batter.

Place flour and sugar in a bowl and mix well. Cut butter into ¼” pieces and add to bowl along with lemon peel. Using one hand, squish the butter into the flour mixture with a “grab and release” technique until the texture resembles small peas.  Sprinkle the streusel topping over the batter in the pan, being careful not to overload the center of the cake.  Bake at 375 for 50 minutes.  Remove from oven and cool 10 minutes before removing rim.  Serve warm or at room temperature.

Omg... I just came across this today.

I have to get started cooking dinner, but guess what's going into the oven after that?! 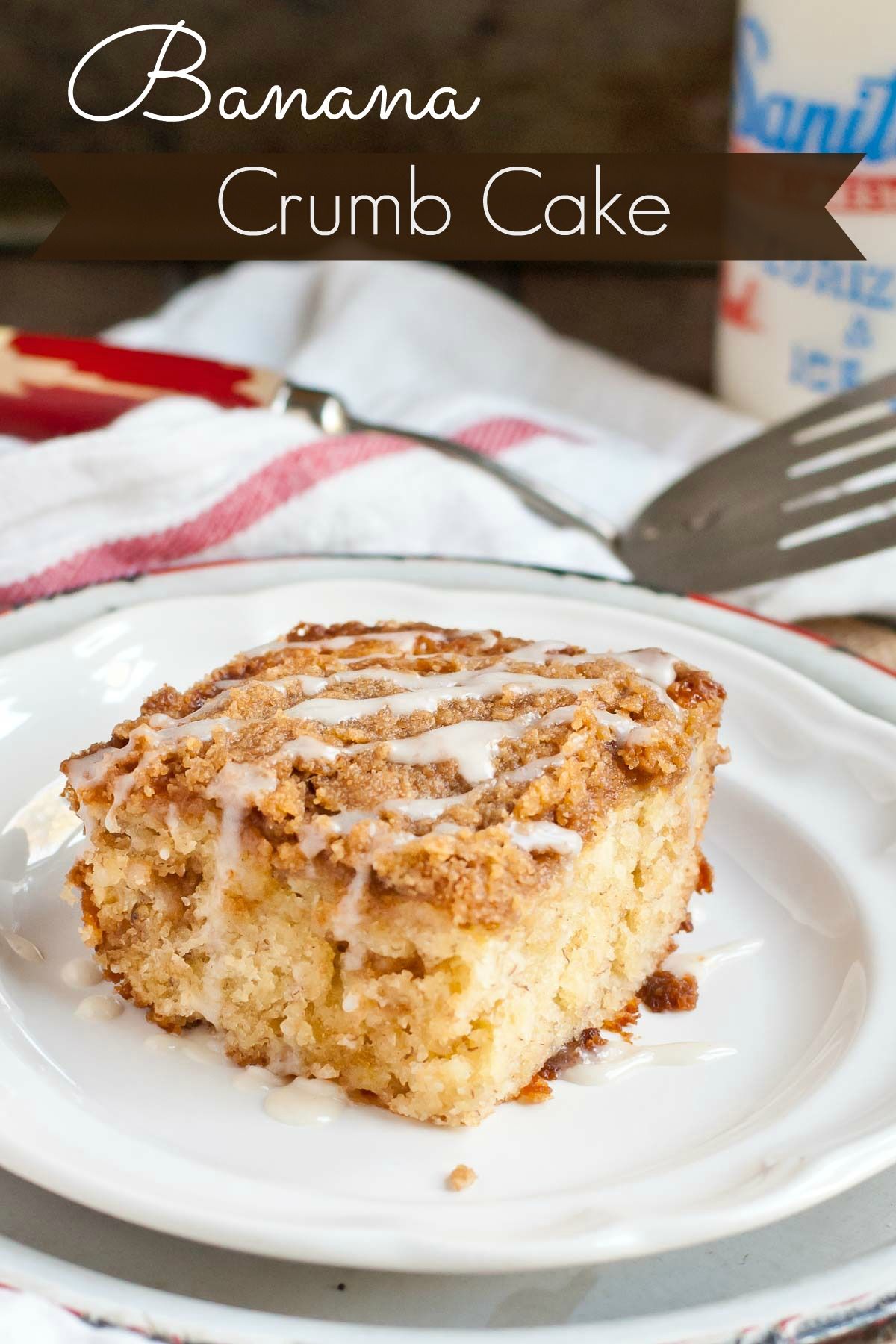 This is the link to the recipe if you're interested.

Okay, I just tasted the banana coffee cake - I know I'm kind of fickle when it comes to coffee cake, but I really think this is my new favorite!