Auto-suggest helps you quickly narrow down your search results by suggesting possible matches as you type.
Showing results for
Search instead for
Do you mean
Reply
Topic Options
banned again
Respected Contributor 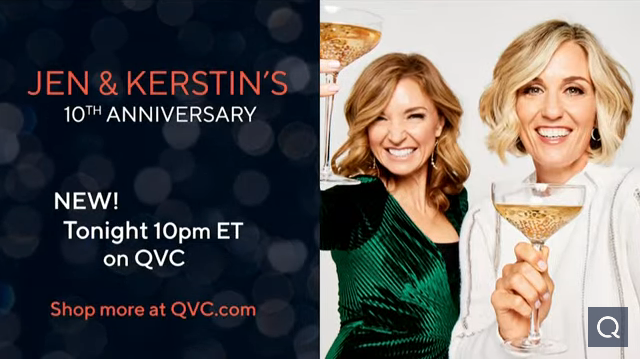 I won't be watching. Too full of themselves.

Too funny!  I can deal with Jen for a while but Kerstin is a big NO for me.

I was disappoint when they announced at the end of the show (I did not watch til very end when I switched to the Q) that apparently this show will continue in the new year - yuk.  Wednesday night sure is a big no for me but that's ok, I will save money at least one night of the week.  This show is too loud and too much salesmanship and who can be the cutest and loudest and most obnoxous to watch.  Apparently others like it and they are selling, so that's fine for QVC, but just count me out.  I sure wish the relatively newer hosts, as I would consider these in the grand scheme of things, would watch and learn from the older seasoned hosts like MBR, PJD, etc. how to be humble, fun, thoroughly explain the products they are presenting, instead of selling themselves.

Kerstin spends all of her time making mistakes and looking at herself. She just can't get enough of herself I guess.

If Jen is solo she can be okay, but Kerstin is too busy trying to "mug for the camera"--products are a second thought---a channel changer for me....

Animals are reliable, full of love, true in their affections, grateful. Difficult standards for people to live up to.”
Report Inappropriate Content
Message 8 of 31 (3,546 Views)
Reply
13 Hearts
kelsey17
Respected Contributor

If Jen is solo she can be okay, but Kerstin is too busy trying to "mug for the camera"--products are a second thought---a channel changer for me....

For me it is opposite.....i can take Kerstin in a small dose....but Jen is totally unwatchable.

They are obnoxious together.