Auto-suggest helps you quickly narrow down your search results by suggesting possible matches as you type.
Showing results for
Search instead for
Do you mean
Reply
Topic Options
Johnnyeager
Esteemed Contributor

On occasion threads go missing completely, as if sent to The Cornfield in the Twilight Zone episode "It's a Good Life". 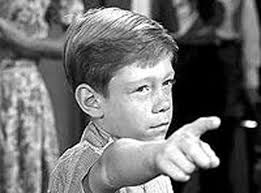 There is a difference between posting an opinion and just being downright nasty. Some posters don’t know that difference.

I have started avoiding the posters who don’t know the difference and think they are just giving their wonderful ‘opinion’.

@proudlyfromNJ  Do you mean they are stating that their opinion is the only correct one, that others' opininions are wrong, or something else?

I just want to thank the original poster for this post.  I am a strongwilled woman who has always been proud of having an opinion.  Here I am seen as evil, a liar, or worse.  So thank you very much.  Bullying is not just a problem in America's schools, but here as well.  Sad.

@Johnnyeager - Re: On occasion threads go missing completely, as if sent to The Cornfield in the Twilight Zone episode "It's a Good Life".

Yup, the twilight zone exists, lol. There is one poster that does this quite a bit. On occasion if you even make a statement that isn't liked, the origiinal poster will either shut it down herself, of have the mods do it.

And, they will also either delete their own post (so people coming after have no idea why you said what you did) or have the mods do it.

It's one thing to have an opinion, such as, I'm not a fan and/or I don't like a certain style of blank.  But some people don't end there and will judge others who are and make snide and hurtful comments.  Or they escalate constructive criticisms of a host and it turns into personal attacks with assumptions of their off-screen lives which have no bearing on their job. If you are someone who is constantly belittling others and making social judgments, you need to stop, and please don't say "it's my opinion and I'm entitled to it" because it's no longer an opinion, but bullying.

I'm pretty new on here, and by a certain few, not liked and now, actually "hunted."  No, I'm not paranoid

They think they own the threads they start. They attempt to belittle me, twist my words and lie. They do this to other dissenters too.  Then  one, or two all of a sudden find me on a different thread and try to start an argument with me.

My words, my thoughts, my opinions are what makes me, me. Their only reason is because my opinion is different than theirs on one particular subject, hence I am wrong. It's agree with them or the highway. I'm talking about differing opinions of public figures!

I never attack them, never, and yet they are continually allowed to personally attack me and other posters. The mods allow this.

Has anyone else experienced this? I won't back down because that's not who I am.

Eta- These public figures are NOT QVC hosts.

Your situation is frustrating and is bullying...

I dont know what "public figures" were involved or what the conversation was.....This is the reason that controversial topics and politics are supposed to be off limits.....but some try to sneak these in....And yes beware of cliques.  Sometimes its wise to state your opinion and move on, if they reply ignore them and dont respond....

But if you've stuck to the topic and didn't counter attack,and they're stalking you, then contact QVC or click Report Inappropriate and in the remarks let them know you are being attacked and stalked, provide nicknames...let the Mods do their job, dont tell the offenders you reported them. Recently some offenders have gotten banned permanently...

Now too much reporting can get you put in "time out" (suspended for a time period--so I have been told)..so use the Report Inappropriate with caution.... Or maybe an email, call, or snail mail letter might be more appropriate......

Sometimes its frustrating because moderation seems inconsistent, but the mods also have other duties and with so many replies its hard to keep up, so report helps to flag a post...or so we've been told.  They do have a hard job....

Sometimes its best to stick to certain categories and people that are friendly......

@SpurtThat's a lot of great information and you're right, "to move on" is great advice.  I guess I wanted to "defend" my differing opinion and it's really counterproductive.

If I chose to email, call or "snail mail," do you know who I would send that to?  Do you mean the email for the QVC social team that I've seen mentioned?  Sorry for what may seem silly questions.

Saturday and yesterday, I was stalked by one member and yesterday when I responded to them, basically saying leave me alone, they reported me to the mods (on what basis I don't really know).  Immediately, I could no longer get the thread back, it disappeared.  Do you know if that means the mods kept just me off the thread?  A "time out"?" I've seen threads completely closed by mods, with a written reason, but never had that happen before.

Other than this, I enjoy my time on here.  There's a lot of intelligent and helpful people that have a vast knowledge of various subjects. Actually it's more interesting when people have opposing views, most of the time anyway.

Sometimes the Moderators just lock a thread but without the message that its closed for commenting but you cant reply, or they will close something, or "move it" off the Forums but the mods will leave a note.  I never heard of them blocking a thread from just one person maybe thats something new.  That's something the Mods would need to answer.

From what my friend told me someone was stalking her and it was someone she never responded to. She thinks it was someone trolling the Forum. She called CS and they told her to use the Report Inappropriate function to report it....so she did...on all the stalkers nasty responses...but it was too many and then she got an email from QVC saying she had been suspended from the Forums, she called them and said she had followed instructions from CS....and they told her excessive reporting comes with a 3 day suspension nothing they could do..... she couldnt access the Forums at all until the suspension was up.

Yes you can use the social team email, but don't use it to question or challenge their moderation, just state you have a concern and need their help.  But I would use this only on a serious matter like stalking.

You can also use the email us at the bottom of the website click Feedback. Leave the topic blank.

The other Email US is for comments on delivery, payments,returns,shipping etc dont use that one.

What I hate there will be an interesting discussin, different views, but everything is cordial, then out of the blue some mean person picks a fight and the whole thread gets shut down

Have a good day!

Animals are reliable, full of love, true in their affections, grateful. Difficult standards for people to live up to.”
Report Inappropriate Content
Message 36 of 60 (316 Views)
5 Hearts
Spurt
Honored Contributor

On occasion threads go missing completely, as if sent to The Cornfield in the Twilight Zone episode "It's a Good Life".

Animals are reliable, full of love, true in their affections, grateful. Difficult standards for people to live up to.”
Report Inappropriate Content
Message 37 of 60 (312 Views)
4 Hearts
Rockinista
Trusted Contributor

There is a difference between posting an opinion and just being downright nasty. Some posters don’t know that difference.

I have started avoiding the posters who don’t know the difference and think they are just giving their wonderful ‘opinion’.

@proudlyfromNJ  Do you mean they are stating that their opinion is the only correct one, that others' opininions are wrong, or something else?

@proudlyfromNJ  I can see the last two replies as being considered rude to the poster because the coat is something "personal" to them, they own it and obviously liked it enough to buy it .

I wouldn't say to another poster, "you're an idiot for buying that Camry."  I'd only give my opinion on a Camry if someone solicited opinions on new cars, not after someone bought that model car. That's just rude and unnecessarily unkind.

But when two posters disagree on a subject that's fair game, for example, Elvis' hair or a movie, then anyone's opinion is valid, as long as they're not personally rude to another poster.

It's more about knowing what's "fair game" and being respectful of others opinions. And not personally attacking other posters.

99% of the time it has a lot more to do with how you say something than exactly what you are saying. There is a rude way to express yourself and a civil way. Most know the difference.

You get what you give on these forums and the few times that isn't the case, the mods do their jobs and remove anything offensive.

@Spurt  Thanks a million for looking up and typing all that information and now I know, do not signal the mods unless absolutely necessary.  Maybe that's what my stalker is trying to get me to do, maybe, who knows.

What happened to your friend on the forums was too bad, but they are the forum police and like cops, don't owe anyone an explanation.

It's consoling just hearing from others that I'm not alone in being called names, stalked and bullied. The takeaway for me is, just walk away.  At least try that first.   I think I can do that. At least I have the info for the proper channels, if need be, now.  I'm lucky the OP posted this subject today.

And again, thank you so