Auto-suggest helps you quickly narrow down your search results by suggesting possible matches as you type.
Showing results for
Search instead for
Do you mean
Reply
Topic Options
Highlighted
Icegoddess
Respected Contributor

Sambo passed over the Rainbow Bridge

I know it is so soon since my last post, but I have to report that Sambo has passed.  The vet called me shortly after I left him and at first said he was already breathing heavier and wanted to do X-rays.  Sure enough the air had returned and they removed that again.  They don't have an oxygen chamber nor overnight staff to care for them, so their only choice for me really was to drive 2 hours away to a place that had the facilities and the staff to care for him.  They were suggesting a chest tube and then the Criticalist at the facility told them that often they had to remove a lobe.  Besides the cost of such a procedure, I just didn't want to put him through that and made the decision to let him move on. Also, doing all that would not cure his asthma but would give him a lowered breathing capacity.

They did let me come in and hold him awhile.  He was still a little sedated from the procedure they had done earlier, but it appeared to me that he might not even survive the 2 hour drive to get to the facility.  He was only 5 years old.  But, he did have a wonderful summer spending hours at the screen door keeping an eye on the deck.  He would want me to open the door for him to look out before ever getting a bite to eat in the mornings.  And he loved belly rubs.  He would stretch his arms out as you went up to his chin in such a manner that could only be described as pure enjoyment.  He loved people and never met a stranger. 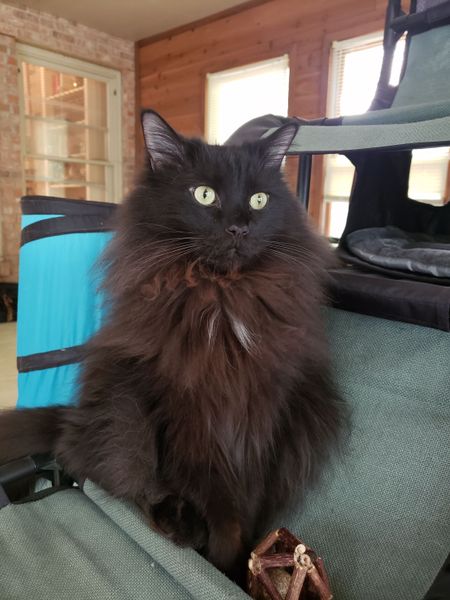 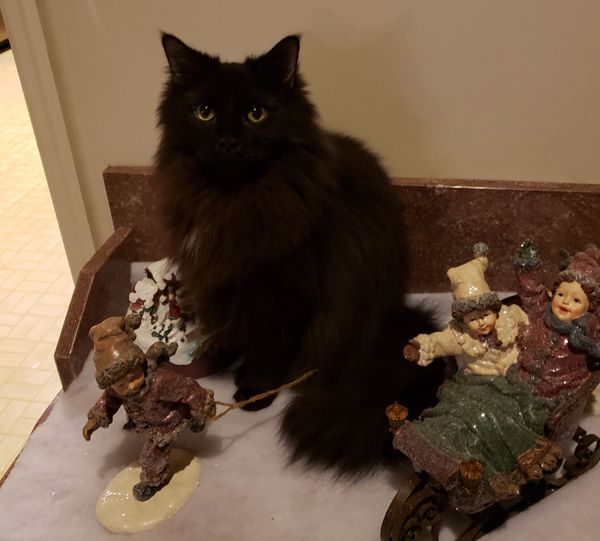 I am so very sorry.  My heart aches for you.  What a beautiful and well loved boy.  💕💕

I am sorry, i know your heart is heavy ,i do understand.

When you lose some one you L~O~V~E, that Memory of them, becomes a TREASURE.
Report Inappropriate Content
Message 3 of 56 (1,182 Views)
Reply
9 Hearts
Highlighted
fthunt
Esteemed Contributor

Beautiful kitty and I am so sorry, but you had the courage to do the best thing for Sambo.  And that is not easy to do, but you did it for him!

Bless you!  I hope you have peace and good memories of a beautiful friend.

Our family of cat lovers is devastated to hear about the loss of your handsome and beloved Sambo. He fought as much as he could and knew at the beginning, middle and last of his life with you that he was cherished beyond measure. Thank you for telling us about him and his summer...especially that he never knew a stranger. When you wrote that and saw his open, friendly face, I felt like I knew him.

You gave him a great life in spite of his health challenges and made the most courageous decision possible for him. It cuts like a knife, this kind of broken heart. He is free of pain, of struggle--just free...but never, ever free of you. You two are tethered together forever.

Bless you for your care of Sambo and your strength in doing right by him.

I am so very sorry for you and your baby to have had to go through this.  It just brings tears to my eyes.  We have lost some of ours to horrible situations too, so I know the devastating feelings you may be feeling.

Please try to get out in the sun today.  Sending you hugs,

I am so very sorry for your loss. They really our family.  Hugs to you

What a beautiful cat, with such a gorgeous face and all that fluffy fur!  I am so sorry for your loss @Icegoddess.  Having the ability to breathe cannot be overrated.  My dog has a completely different and terrible problem I had not heard of until last Wednesday- laryngeal paralysis, so I am now struggling with what to do about it-- surgery vs. medical management. Neither are optimal or without the risk of death.

I understand what you went through the last few days.  There was nothing you could have done to change the outcome.

Those pics of Sambo are beautiful.  I have a black cat and know it's almost impossible to get good pics of them, but you did.

I send you a huge virtual hug.