A dog breeder from California claims to have resurrected a breed of giant guard dogs weighing 200 lbs (90 kg).

The 18-month-old dog is the result of Marcus' mission to bring back what he calls the 'Old World Molussus' breed.

These dogs are said to have guarded the leaders of the ancient world around 5000BC.

Marcus said: 'When people see Sasquatch, usually it is shock to be honest. 'Jaws drop.'

Yvette Curtis, Marcus' wife, added: 'We have people turning their heads all the time, people stopping in their tracks and they’re just like, ‘What is that?’'

'People are in shock and amazement when they see these giant beasts.'

She added: 'I’m not scared of the dogs. To me, they are giant teddy bears.'

There is a long waiting list for one of the rare pups.

Given Sasquatch's size, the two owners said they expect him to be around 200 lbs (90 kg) by the age of four.

Mr Curtis, who has been breeding since 1999, began looking at statues, clay tablets and paintings showing a beast used as a guard dog for the rulers of the ancient world, before deciding to resurrect this breed.

The dog breeder was able to create a line of dogs resembling the old-world giants by using the Old English Mastiff and Napoleon Mastiff. 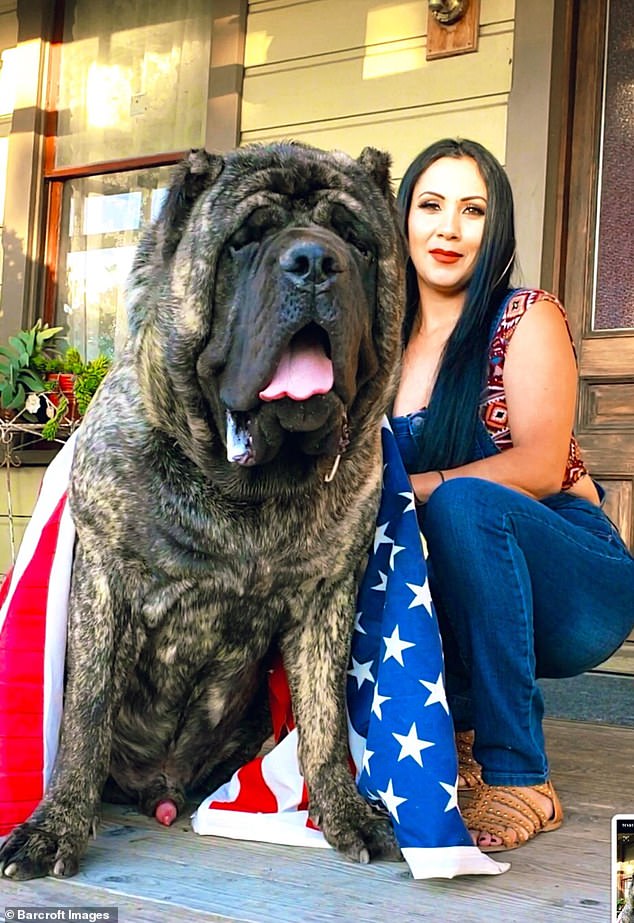 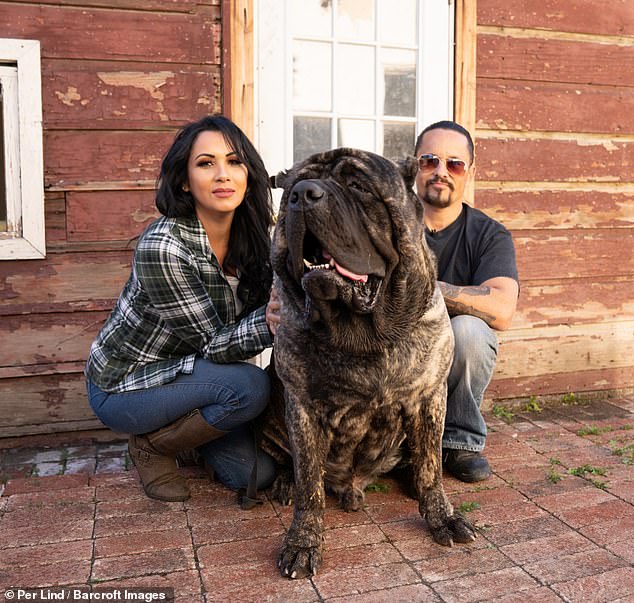 You never know how strong you are until being strong is the only choice you have.
Report Inappropriate Content
Message 1 of 21 (1,706 Views)
Reply
9 Hearts
ValuSkr
Honored Contributor

OMG, that's straight out of a nightmare.  Looks like a creature from the Harry Potter films.

Cute dog, but isn't that disrespectful to the flag to be displayed that way?

OMG!  Can you imagine the slobber from that guy?! 🤤

Definitely not an indoor pet.

First thing that came to mind looking at the picture was a Liger.  I am concerned that this breed was created for money and attention.  I hope this big ole baby stays healthy and doesn't have heart or other health problems because of his size.  I am not sure that I like this........

I bet you would need some pretty big poop bags if you took him for a walk!

Not to mention how much he eats and more importantly, how big of a shovel you must need to pick up after him, LOL!

You never know how strong you are until being strong is the only choice you have.
Report Inappropriate Content
Message 8 of 21 (1,557 Views)
Reply
5 Hearts
NickNack
Honored Contributor

I would worry that this dog breed is so large that it would not be healthy.  I wonder what their lifespan is.

I bet you would need some pretty big poop bags if you took him for a walk!

AND a full size shovel and wheelbarrow to take along on his walk, LOL!

You never know how strong you are until being strong is the only choice you have.
Report Inappropriate Content
Message 10 of 21 (1,542 Views)
Reply
2 Hearts