Auto-suggest helps you quickly narrow down your search results by suggesting possible matches as you type.
Showing results for
Search instead for
Do you mean
Reply
Topic Options
beastielove
Esteemed Contributor

My beloved Samantha went to

shreds.I had no idea that morning

that I was going to loose my preicous

Even though she was getting on

in years she showed no signs that

anything was wrong until that

morning. Even though she had eaten

most of her breakfast and drank

water something seemed "off" with

her..especially with the way she was

walking. I cancelled my plans/work

for the day and decided to stay home

with her and am glad that I did.

By noon she was restless,was

beginning to have trouble walking

and there was something in the

manner that she was looking at me

that put a knot in my stomach. I

called my vet...told them what was

going on...that I was afraid that

Samantha was starting to shut down

and wanted to bring her in.

In the past I could have done so

but because of the heinous insanity

of COVID I was told that I had to

to bring her in.

going to survive the night.I fed my

Jack..then lay next to my baby girl

on my bed,her little head cupped in

my hand and gently rubbed it.

Every so often I would kiss her and

tell her that I loved her.

I never took my eyes from hers

her pupils starting to grow larger and

knew that her spirit was getting ready

I told her that her sister Maggie

was waiting for her...to go to her

and that she'd also be reunited with

that she'd get to meet Peter,Tigger,

Tess and Mittens..kitties that blessed

my life years before.

After her soul took flight I gently

wrapped her in one of my fluffy

towels,put her into her carrier,

put it on the trunk at the end of

my bed and put a quilt over it.

The next day I called the vet,told

them what happened and brought

my baby there to be cremated. I

get her ashes back next week.

Samantha was 1 month shy of

turning 18. I had found her and

on a sidewalk that was located

across the street from my workplace's

I scooped them up,left work early

and brought them to my vet.One

kitten had beautiful black fur and

green eyes (Maggie) and the other

(Samantha) was a beige and brown

that they were about two months old

so I chose Cinqo de Mayo for their

I already had two other kitties

treasured boy Tigger had gone to

The Bridge that April and I truly

believe that his spirit meant for

me to find those little girls and save

Even though Tabitha and Sophie

never had kittens of their own

they took to caring for those sweet

Maggie eventually grew to be a

was barely the size of a 1 year

old kitty and was quite slender.

She had a small little head,tiny

that she never "grew into".

The sisters were extremely close

and often "spoke" to each other in

"kitty speak".It was amazing to watch.

When Maggie became ill with cancer

Samantha never left her side and

when I had to send Maggie to The

Bridge I cried as I watched Samantha

walking all about the cottage looking

for her sister and meowing in such a

I could do to try to ease her pain

was to cuddle her and kiss her.

Samantha blessed my life for almost

18 years and it's so painful not to

still have her in it.

always and forever and I know

that one day I'll get to hold you

in my arms again.

I am so sorry for your loss. Thank you for being the kind of person who takes in stays and loves them. I have lost 3 dogs in the past few years, and i think of them everyday. My sister takes in cats, she has 18. Really...she has a pretty big house and a basement they they live in. I wish we had more caring people in the world like you, you sound like a wonderful person.

@beastielove I'm so so sorry that your dear Samantha has gone to the Rainbow Bridge. She took all of your love with her I have no doubt. She will always be in your heart.

And I believe that Tigger sent Samantha and Maggie to you. Thank you for all the love you have given your kitties.

I'm so very sorry for your loss. I'm glad you were able to be with her and she was in her own home where she knew she was loved so much. It's just so hard and my heart aches for you. I'm here crying with you. Take care and know all your fur babies were there to greet her.

My 20 year old Artemis might have been there to great Samantha as she crossed over.  I lost him in February.

You are always there for the rest of us who have lost our beloved friends, but there are no words of comfort that can ease the pain right now.

All those years together.  She will be waiting for you.

Oh @beastielove .....my heart aches for you.

Kitty & Tabitha have a spare room......and the rest of the Beastie Clan lives nearby.     I know Samantha will find much love with her Heavenly Family.

I am sharing your tears and sorrow.

I am sorry for the loss of your beautiful Samantha.  You gave your sweet girl a wonderful life of love and happiness.   My best to you,  sending you a hug and thinking of you at this time.   Peace to you,  Tallgal. 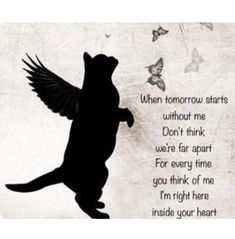 @beastielove , My heart aches for you to hear the loss of your beloved Samantha.

So glad you with her.

@beastielove   I'm so very sorry for the loss of your beloved Samantha.  Your words were so heartfelt and described the love between the two of you perfectly.  I know you will be together again one day.

You express your love for Samantha so beautifully and I too am saddened by your loss.

Will keep you in my prayers during this difficult time.