Auto-suggest helps you quickly narrow down your search results by suggesting possible matches as you type.
Showing results for
Search instead for
Do you mean
Reply
Topic Options
kaydee50
Esteemed Contributor

I read a lot about how wonderful it is to have a dog--I don't have one myself.  BUT has anyone ever had a dog and regretted it, for whatever reason???

Yes, I have had a few dogs that I have regretted taking in.  All three of them were rescues.

The first, a mixed breed,  kept running away.  It was next to impossible to keep her in a fenced yard and even harder to walk her on a leash.  She would nearly knock you down to get out when you opened the door.  In addition, I she was never fully house trained.

The second one was a beautiful Samoyed.  He was very sweet, but he also was never house trained.  I tried, trust me.  He would also run away.  It must be the breed, because often neighbors would call me to tell me he was Running loose, when he was in the kitchen with me. There was another one who lived nearby. He also ruined many things in my home.  He tore up my kitchen floor down to the bare wood and ate shoes, stockings and my brand new at the time Angier purse.

I have a Cavalier King Charles Spaniel rescue now that does not like other dogs.  She fights and will draw blood.  She is wonderful around people, just not dogs.

We have had her a year this past May.  We also have another Cavalier King Charles Spaniel who is twice the weight of our fighter. We got her as a puppy.  I am on pins and needles all of the time praying they do not tangle.  A few times a week, they set out to fight, but I and my DH are there to stop them.  It is getting better between them, but it is still a nightmare.

All of the dogs I got as puppies were delightful, were house trained in no time and were not destructive.  All of my rescues have had problems.

We have decided that we will not have anymore dogs after these two are gone, but that's what we said the last time our dogs passed.

Here is a pic of my sweet fighter.  With such a cute face it is almost impossible to believe that she is vicious towards other dogs...especially her " sister."  She attacks and just won't give up.  She weighs a whole 10 lbs after a good meal. 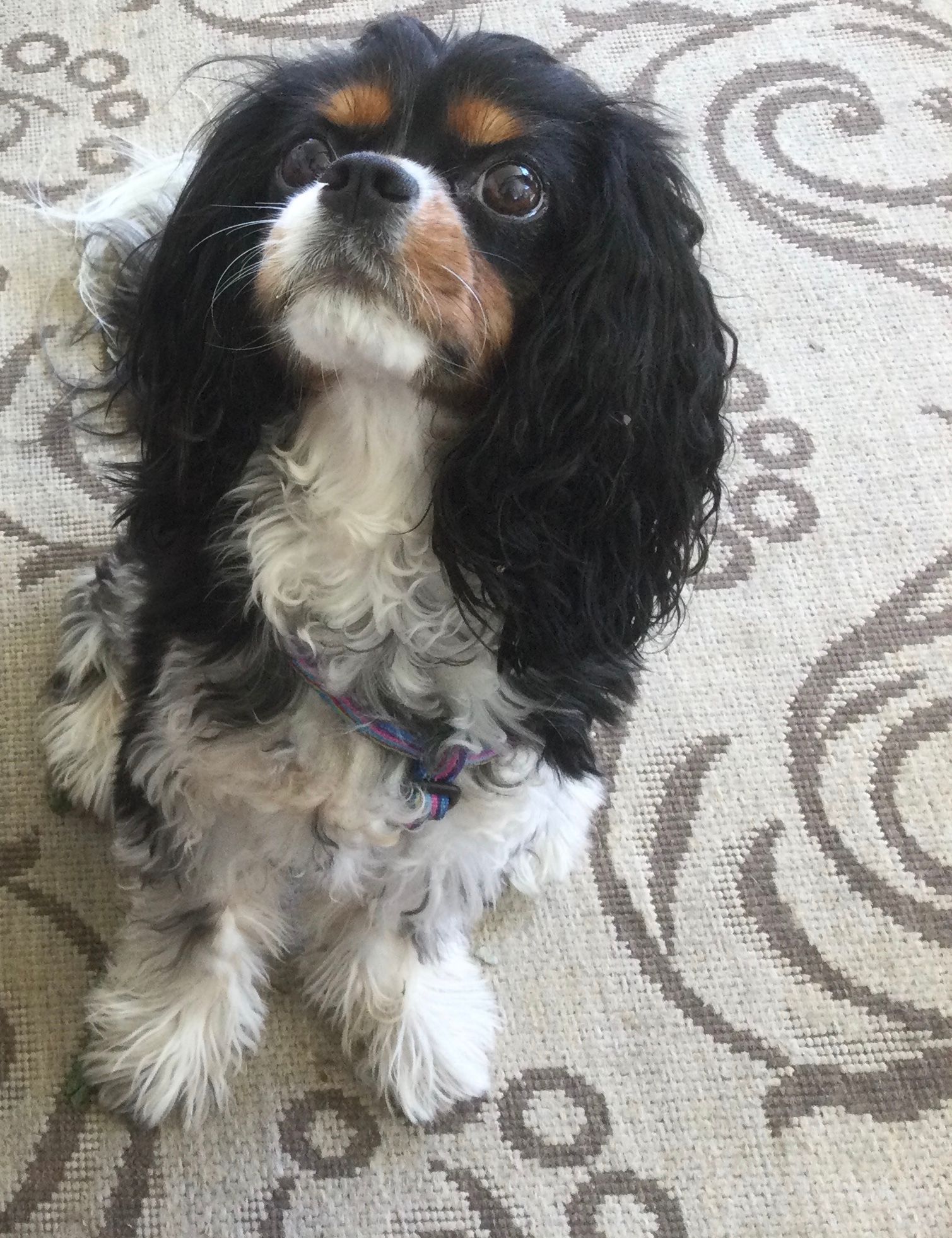 Yes, the dog my BF has now.  We have been together almost 20 years and he got this one prior to our living together.

He had an absolutely wonderful husky - nicest dog ever - and found this husky on Craigs list after the other died.  This young couple who had him could not keep him any longer. He's gorgeous but is totally unpredictable, has to be sedated when taken to the vet.  We found out 2 years after he had him that he bit a neighbor.......it was the neighborhood secret. When STeve's grandkids come to visit, we have strick rules about the dog....no bothering him if he's laying down or if he's eating.

I believe in doing your breed research but you can always get an anomaly within the breed.  Personally, I've owned rough collies, german shepherds, a portuguese water dog, and a greyhound.  Have never had a puppy or purchased from a breeder.  ALWAYS went to  several obedience classes with each one.

It's really tough when you get two pooches that don't get along.  Had that situation with one of the german shepherds and ended up re-homing her to a friend who absolutely adored her. She went to his son's grade school class for show and tell and fetched for 26 different kids.

@Carmie   Such a loving heart you have to have offered those dogs a chance of life on this planet.  They sound like a challenge and you may not have been aware of their back story, but you opened your heart.  Much respect, Carmie.

@kaydee50   No, I have never regretted any of my precious animal family members.  I love them all, and even the most challenging are missed and were able to teach me life lessons.

Licks, hugs, unconditional love, happy to see you, boosts your mood, somebody to take care of, someone to play with, gives you the eye, talks to you and understands you.

My dogs always had personality and as much love as they give, I give back.

I have not, but sadly, in city life, a reason given to shelters for giving up a dog is frequently "my apartment wasn't right for the dog."  Well, if you live in a tiny one-bedroom walk-up with very limited space for yourself, let alone a dog you're asking for trouble in the first place whether the breed is a 6 pound Yorkie, a 100-pound Rotweiller, or rescued mutt

It's makes me so mad when people don't take their entire personal living situation into account when they bring a pet home. Just because you can afford one doesn't mean you need one.

Oh my, no!  No regrets!  Can't imagine living without a dog.

Some people make the mistake of buying a breed or a personality that isn't suitable for their own personalities and lifestyles.  All puppies are cute, but they grow up.

Some people don't have the temperament and shouldn't have dogs.

Having a dog is a commitment, through both good and very challenging times in our lives...until death do us part.

Someday, when scientists discover the center of the Universe....some people will be disappointed it is not them.
Report Inappropriate Content
Message 9 of 17 (506 Views)
Reply
6 Hearts
Seannie
Frequent Contributor

Had to laugh when I saw this thread.  My current dog is about 9 and for the first 6 years we had him, he pottied in the house.  He had four walks a day and he is my fourth terrier so I know how to train them.

My adult daughter got him from the local humane society and lives out of state now.  For the first 6 years, every time I stepped in one of his offerings, I would call her and say I was taking him back to the pound.

Husband and daughter pressured me to keep him, saying will replace carpet when he has passed.  What's funny is, he is the most loving, sweetest personality of all my dogs, ever, and you can't put a price on that kind of loyalty.  I do everything in my power to ensure his good health and am dreading the day he leaves us.