Auto-suggest helps you quickly narrow down your search results by suggesting possible matches as you type.
Showing results for
Search instead for
Do you mean
Reply
Topic Options
Vivian
Esteemed Contributor

At home, I just saw your post and send you my sincere condolences. Perhaps you saw my post in July. My beloved niece died of a drug overdose this past summer. She had turned her life around, graduating from college with honors and was enrolled in graduate school. Then COVID hit and she became lonely, feeling isolated. We knew nothing of her internal turmoil since she was putting on a brave front. After six years of being clean, she returned to drugs and died of a heroin overdose on July 1. Our family will never be the same.

I’m typing this on my phone so it’s hard to go back and respond to each of you by name (at least it’s hard for my tech challenged self!) but I’m so touched that people are still being so kind and offering support. The coroner’s report came in and the result was as we thought, a drug overdose, specifically fentanyl. It helps to know he died in his sleep and didn’t intend it. I don’t think he’d ever take fentanyl intentionally, although I could be wrong, so most likely he thought it was heroin, a drug he’d used before and he probably thought was “safe”. He’d called his therapist and left a message that night that he was safe, with a friend, and would be ready for his ride in the morning back to the mental hospital where he was receiving some care. She said she had a place for him that night but he elected to go with his “friend”.

As time passes I’m getting better but I still cry daily, as I’m sure those of you who’ve lost a love one can relate to. Thank you everyone for your sweet thoughts and for being so very kind and please know that you who have lost a child and also those who’ve lost someone to drug overdose, alcoholism and suicide are in my prayers daily, as are your lost loved ones.

We’ve had a happy event happen recently: our first grandchild was born on October 7th and , although she’s born early (at 31 weeks due to preeclampsia), she’s doing well. My son was so excited about his brother and his wife’s becoming parents and, although it saddens me that he’s not here for this, I know he knows and is so happy for her birth.

Once again, thank you everyone and may you be blessed with peace and love as you’ve blessed me.
Report Inappropriate Content
Message 42 of 56 (1,418 Views)
Reply
3 Hearts
Franklinbell
Contributor

I'm so sorry for your loss. You are in my thoughts and prayers.

Please accept my sincere condolences upon the death of your dear son.  Although on this earth he had challenges, take comfort in the fact that all of that is behind him now and he's been restored to health. If you are a believer rest assured that you will be reunited one day.

Mourn his death on your own terms. Having 3 living children does not diminish the loss of your dear son in any way. In time I pray you will come to welcome memories of him when he was the  happiest and the joy he brought to you.

and I'm so glad you are reaching out for understanding and comfort here on the forum.  Please stop by anytime you'd like a "chat" or a warm hug or just to cry upon our shoulders. Please share if you'd like how you celebrated his life and reached out to others to process this loss.

One thing that may help is keeping a grief journal to get your words down on paper. The Q sells a really nice prayer journal and notebook set that you could use for this. If I had your address I would send it to you 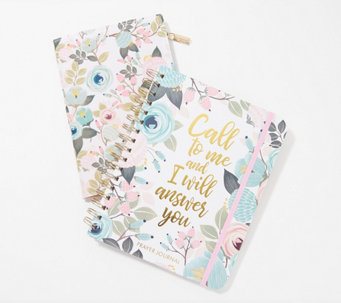 I am sorry for your loss, @at home

@at home, I'm so very sad for you having to go through this loss. No matter what difficulties your dear son was dealing with, he was and will always be your precious son. Having lost my step-son two years ago and seeing the grief that my DH dealt with for his son, I can try to understand what you are dealing with. This is a time for you to rely on your family and close friends.

Time does heal some of the pain....remember those wonderful times that you were able to have with your son. Bless you and your family.

You and your family will be in my daily prayers.  I'm so sorry you are having to hurt.  Please know that God is right beside you and you can depend on him for strength in this very difficult time.  God is a very good listener and you can always lean on him.

You have been a good Mother and you still are.  May peace be with you now and always.  Know that your son is now in heaven and hurting no more.

@at home  I am so sorry and wish that I had words to make your heart hurt less, though I do not.  Nothing is worse than losing your child.  My prayers are with you, your family, and especially your son.  Please let family and friends be there for you.  Grieve in your own time as there is no time limit for grief.  Thank you for feeling that you could post your message on here, and remember that we are here for you.

The next time that I hear salt and ice together, it better be in a margarita!
Report Inappropriate Content
Message 49 of 56 (1,070 Views)
Reply
1 Heart
croemer
Honored Contributor

I am so sorry to read of the loss of your son. I realize I am late to the game...but just had to respond. ((Hugs))