Auto-suggest helps you quickly narrow down your search results by suggesting possible matches as you type.
Showing results for
Search instead for
Do you mean
Reply
Topic Options
CherryHugs
Honored Contributor

YUCK!!  Had canned tuna we just bought, opened a can and it is full of dark stuff. Kinda gross. I threw it out.

Had a box of the packages so opened one of those. The  very strong smell of tuna was horrible I noticed after making tuna salad. I just could not eat it!

What a waste throwing all this away!!

It is Starkist and it is usally fine. Not sure what is going on!

Take it back where you bought it from or contact Starkist would be the most logical thing to do.

@CherryHugs  I have to thank you for  this post.  I have been sitting here -- racking my brain -- trying to remember what it was I thought of last night that I need and wasn't on my food shopping list.  Thanks to your post -- TUNA!

If you have a Costco membership, check out their Kirkland brand White Albacore in water.  Best canned tuna ever.  All white tuna, none of the vein-y stuff or dark bits.

@CherryHugs  Sometimes I think it is just the "luck of the draw".  I opened a pouch of Starkist tuna for lunch yesterday and it was fine. Last week I opened a can and it was so mushy I threw it away. You never know these days.

Tuna packed in oil has a very strong fishy odor.  I always rinse any tuna in water before using it as I'm not a big fan of fish.  The dark meat was probably just part of the fish.

@CherryHugs  Tuna in a can - I love this stuf and haave tuna salad once a week - no kidding.

I ONLY buy Bumble Bee Wild Caught Albacore, it's all white, big pieces. You can get this in water or vegetable oil. I get the oil because it's better for us and better than in water. Drain it, add in mayo (whatever you use, we do  not buy miracle whip), finely chopped celery, green onion (or reg onion, we always have both), a seasonings - no salt (not necessary), pepper, parsley, Mrs Dash Fiesta Lime, sometimes paprika, sometimes Old Bay, sometimes Tumeric - any combo works, whatever you like.

Try this one, I think you'll really enjoy it.

i usually buy tuna belly......italian tuna packed in oil. more expensive, but so worth it.

i buy it by the case. FLOTT 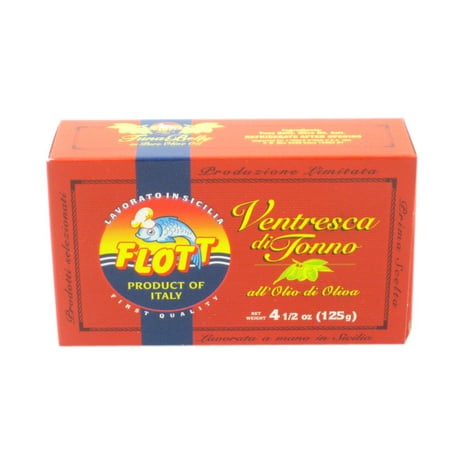 This may explain it, I stopped buying that brand after they were sold to a Korean Co. and processed overseas and they won't comply with FDA inspections.

"After crossing 3,400 miles of the Pacific Ocean last year to inspect a tuna cannery on American Samoa, a U.S. Food and Drug Administration (FDA) inspector asked for copies of some records from the StarKist Co.

“Charlie the Tuna,” the company’s half-century old cartoon character, might have shown the man some “good taste,” but nobody from StarKist Co. would show the FDA employee the records.

StarKist, once a unit of San Francisco-based Del Monte Foods, is now owned by South Korea’s Dongwon Industries. The title papers for Pittsburgh-based StarKist went to Dongwon two years ago for $363 million. Dongwon F&B was already the world’s largest canned tuna business, but it wanted StarKist as a vehicle to make inroads into the U.S. market.

For America Samoa, an unincorporated territory of the United States, the new owners of StarKist have been bad news. StarKist employment on the South Pacific Island has been cut in half since the takeover."

At the last inspection they allowed,  the FDA found “serious violations” involving StarKist’s seafood Hazard Analysis and Critical Control Point plan and its production of low-acid canned foods. FDA said both the canned tuna and pouched packed tuna being produced by StarKist on American Samoa are “adulterated.”

You never know how strong you are until being strong is the only choice you have.
Report Inappropriate Content
Message 9 of 27 (1,105 Views)
1 Heart
PINKdogWOOD
Honored Contributor

@sunshine45  Never seen or heard of this brand in any of the stores around me. I'll make it a point to see if I can find it anywhere.

@Kachina624  I beg to differ about tuna in oil. I have never found this to be true and I eat tons of tuna, always have. I prefer it in oil, again it's better for you.