Auto-suggest helps you quickly narrow down your search results by suggesting possible matches as you type.
Showing results for
Search instead for
Do you mean
Reply
Topic Options
sharke
Honored Contributor 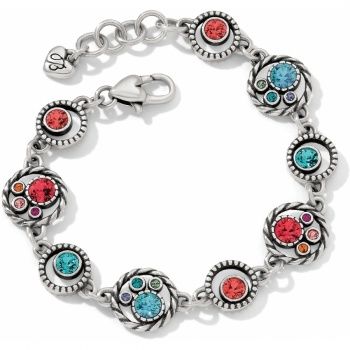 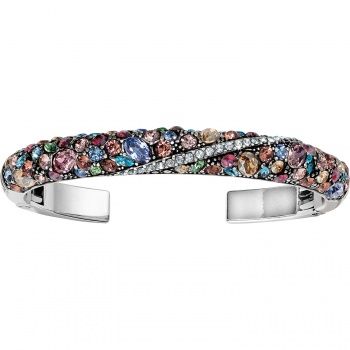 Very pretty @sharke.  Lots of sparkle going on there.  Wear with any color.

yeah, letting loose Sun. Wear one on the right hand and one on the left LOL

See me from across the way.

Went to a flea fair hoping to buy stuff they had nothing, so, hubbo paid for one and I paid for the other so , the day wouldn't be complete bust. LOL

Place in Amarillo that sells Brighton stuff. Easy on , easy off and no maintenance and always practical.

@sharke  that top bracelet is really cute.  Some of the stations remind me of paw prints.

There are many elements: wind, fire, water
But none quite like the element of surprise
Report Inappropriate Content
Message 4 of 22 (900 Views)
Reply
0 Hearts
OKPrincess
Esteemed Contributor

Love Brighton jewelry especially stud earrings. Many colors and practical. I also have two leather bracelets (one blue, one pink). The coral and turquoise bracelet is lovely.

I have a Brighton arm party on today.

Brighton works for me because it doesn't have any nickel.

Yeah, for me, you don't have to fuss with losing it like you do gold or Imperial Gold let's say. It's not fashion cheap jewelry either, so, it's still got a 'look' about it. People know it's not 2 for 5 buck stuff.

Holds up well and can go with jeans or nice dress. Wouldn't wear to a

formal occasion or nothing, but, I got other stuff for that sort of get together.

Thieves, aren't gonna knock U over the head to get at it. LOL

They do such pretty work on it too. Wish Q would carry that line.

Made in England, I think. Although , it says 'made in Taiwan' seems like it has something to do with England and maybe the work is farmed out to places that have cheaper labor force.

@sharke  that top bracelet is really cute.  Some of the stations remind me of paw prints.

I got a friend that said the VERY same thing ! LOL  I don't see it myself , but, folks with pets do !

I love Brighton bracelets and have four of their State bracelets (CA, HI, DC and LV).

Wow, sharke, that cuff is a knockout!  Seems like Brighton has been discussed here before, but I'm not familiar with the line.  Maybe I should be.