Auto-suggest helps you quickly narrow down your search results by suggesting possible matches as you type.
Showing results for
Search instead for
Do you mean
Reply
Topic Options
greeneyedlady
Honored Contributor

She just wore that lil old thing to the grocery store...

This Storied 17+ Carat Kashmir Sapphire Could Fetch $800,000 at Auction Next Month The rare, large stone is the top lot at the forthcoming sale.

Two factors determine how a piece of jewelry will perform at auction: Its intrinsic value coupled with its provenance (the paper trail documenting who made or owned it).

In the case of the 17.21-carat Kashmir sapphire that leads Bonhams New York Jewels sale on Dec. 7, it’s impossible to say which factor is more impressive.

While a Kashmir of any size is considered rare (production at the mine, located in the Himalayan region between India and Pakistan, peaked in the late 1880s), a stone of 17+ carats is exceptional. Add a “royal blue” hue—as deemed by Gübelin Gem Lab, a worldwide authority on colored stones—into the mix and the cushion-shaped gem is guaranteed to fetch top dollar.

Then there’s the provenance. Owned by the Smith family of Vermont for more than a century, the jewel was acquired by Edward Curtis Smith, the governor of Vermont, for his wife, Anna Bailey James Smith, shortly after the turn of the last century. (His father, Gov. J. Gregory Smith, was one of the founders of the Northern Pacific Railway, while his mother, author Ann Eliza Smith, was descended from Vermont Senator Lawrence Brainerd, a prominent figure in the Underground Railroad.)

Emily Waterfall, Los Angeles head of jewelry for Bonhams, said the consignor “remembers her mother wearing the brooch ‘everywhere,’” from Nixon’s inauguration to the grocery store.

Sapphires like this only increase in value.  A lot of owners of these  stones are investors.  They keep the stones anywhere form 5 to 10 years and then sell them.  Same thing with ruby and emeralds.  I once listened to a host on Gem Shopping.  He had a huge....and I mean huge Tanzanite.  It had that gorgeous blue purple in it with the red flash.  And for some reason he called it a sapphire.  Another guy corrected it.  The Tanzanite was selling for $85,000.00. the the other host said that if it was a sapphire, it would be selling for over two million.

It is a pretty color blue, but I like the color of Ceylon sapphire best.  It's not as dark. 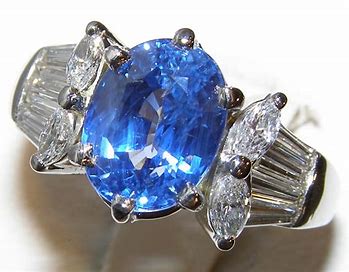 Love the icy blue of the Ceylon sapphire (Sri Lanka)

or what they call corn flower blue. Only there. (Sri Lanka also has hundereds of different colored sapphires.) The same way the sleepy eye look of the Kashmiri sapphire is only in one place.  Burma rubies are very red because of the iron in the soil in that particular country.   We actually have blue sapphires in the U.S.  The so called Montana Sapphire.  But the color is not very good. And the value of Sapphires is only the color.  Same thing with the North Carolina Sapphires. Just a washed out blue.

Here is a link about Sri Lankan sapphires 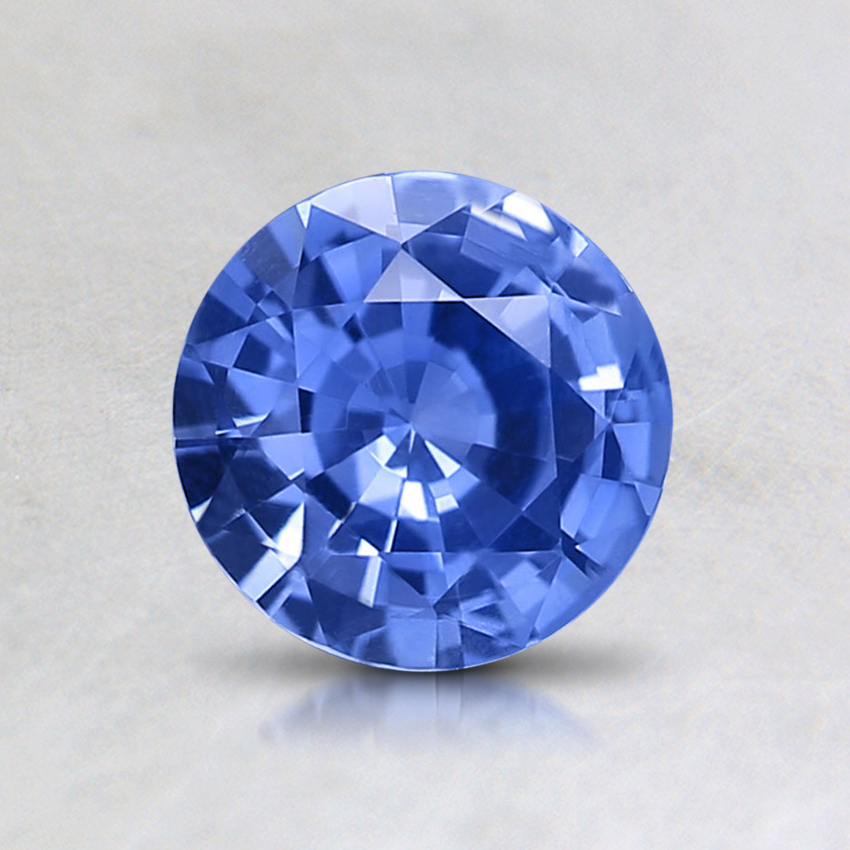 The diamonds in that ring brooch are out of this world, too! They're huge.

I think the fabled sapphires like the corn flower blue of Ceylan and Kashmiri Sapphire look fantastic on their own.  They don't need diamonds.  Most gems need them though.  They look unfinished with the contrast of the diamonds.  Even semi-precious gems need white sapphires or white topaz to stand in for real diamonds.  Something has to outline the gems.  They don't have the retraction of diamonds to stand alone.  Which why gems can be very expensive.  I saw on Gem Shopping today an amethyst (certainly the cheapest of the semi precious gems) selling for $5,000.00 Why?  It had a ton of diamonds, finished in platinum.  That's why.  Out of $5,000.00 the gem itself only worth $500.00 (it was 24 carats) The rest of price tag was the cost of diamonds and platinum.

I'd be very happy to find that in my Cristmas stocking.