Auto-suggest helps you quickly narrow down your search results by suggesting possible matches as you type.
Showing results for
Search instead for
Do you mean
Reply
Topic Options
house_cat
Honored Contributor

My electrician laughed at me.

We had a bunch of electrical work done this month. Before the electrician left, I asked him to install the dimmer switch I'd purchased for my dining area.  When I showed it to him, he laughed! He literally laughed. He said he hasn't seen one like it in years - it even has copper wiring, which is a good thing, he said they don't make them like that anymore.

DH had to admit that the reason it was so "retro" is because I bought it for him to install at least a decade ago and he's "been procrastinating".

Omgosh - can't make this stuff up.

Now it's installed and I have to say it looks kind of dumb. Would the aesthetics of this bother you?  Not that it matters - I'm stuck with it now. 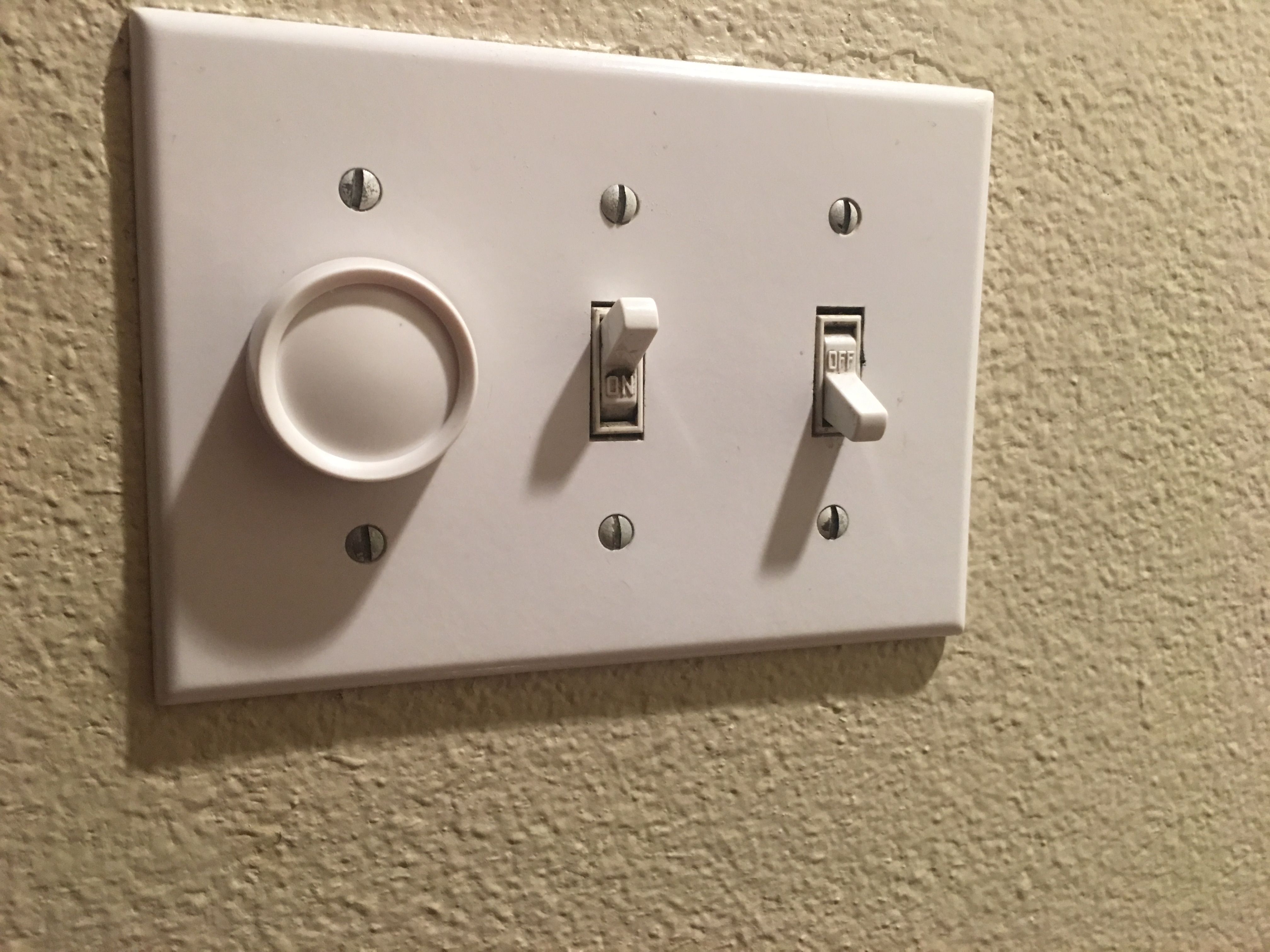 I don't think there's anything wrong with the look of it!

Glad you FINALLY got it installed, LOL!

You never know how strong you are until being strong is the only choice you have.
Report Inappropriate Content
Message 2 of 41 (2,105 Views)
Reply
13 Hearts
spot555
Respected Contributor

I think it looks fine!

You can buy a pretty "knob" to replace the current one, if you want. I did that with all of mine, & they look nice. I bought some burnished brass round knobs + the same color metal wallplate. It's updated, & I like it!

Looks fine to me.   I prefer the round ones over the sliding ones.

Don't see a darn thing wrong with it.  Would much rather have that look than no dimmer (which is the case for me).  Congrats!

If your face brightens when you meet a friend, you have struck gold. - unknown
Report Inappropriate Content
Message 5 of 41 (2,023 Views)
Reply
5 Hearts
jlkz
Respected Contributor

We have installed that type of dimmer switch in our houses because they are practical.  There is nothing “ dumb “ about the look....    You will always know where the dimmer button is and so will anyone else who needs to dim or brighten the area.

The really dumb switch we have is in the FL condo.  It literally is a switch with a teeny tiny lever hidden along side the switch and it is so small you forget about it !!!!  If you have large fingers, you may have difficulty working it.

We make a living by what we get. We make a life by what we give.
Sir Winston Churchill
Report Inappropriate Content
Message 6 of 41 (2,014 Views)
Reply
6 Hearts
1Snickers
Respected Contributor

@house_cat  your “new” dimmer switch looks like some I have and one I still have in a garage drawer. They work better than new ones and you are probably the only person who will notice it.

It looks fine (lol.... just like mine!) and if your electrician isn't nicknamed  "Sparky"..... project complete. Enjoy.

I have these things that control the four ceiling fans/lights in each of my bedrooms and family room. So am wondering what the new "fangled" ones look like now? Will be replacing  all the electrical upstairs this coming spring/summer too, along with new ceiling fans and lighting----somethng more to look forward too.

I don't even know what "NE W" ones look like.  I have the one you have right here near computer - another in FR and the slide up/down in kitchen. Don't get it.