Auto-suggest helps you quickly narrow down your search results by suggesting possible matches as you type.
Showing results for
Search instead for
Do you mean
Reply
Topic Options
Highlighted
aubnwa01
Respected Contributor

@aubnwa01 William morgenthau. Many thousamds later ,i could have lived with just a print.I have #6 Giclee off the painting!

I did some Googling & couldn't find any artist with that name, but did find this image by a William Henry Margetson titled,  "The Sea Hath Its Pearls"

Lovely!!  I am a  fan of ocean scenes and landscapes, especially Autumn scenes. Looking for a pearl projects peace and calmness to me.

@Tweety68   It has a very ethereal quality to it.  I really like it.

@Tweety68  It would be lovely in a bedroom.  To me it is very romantic.  Beautiful.

What a beautiful picture - I love it!

I very much like your canvas. I found this story about it. 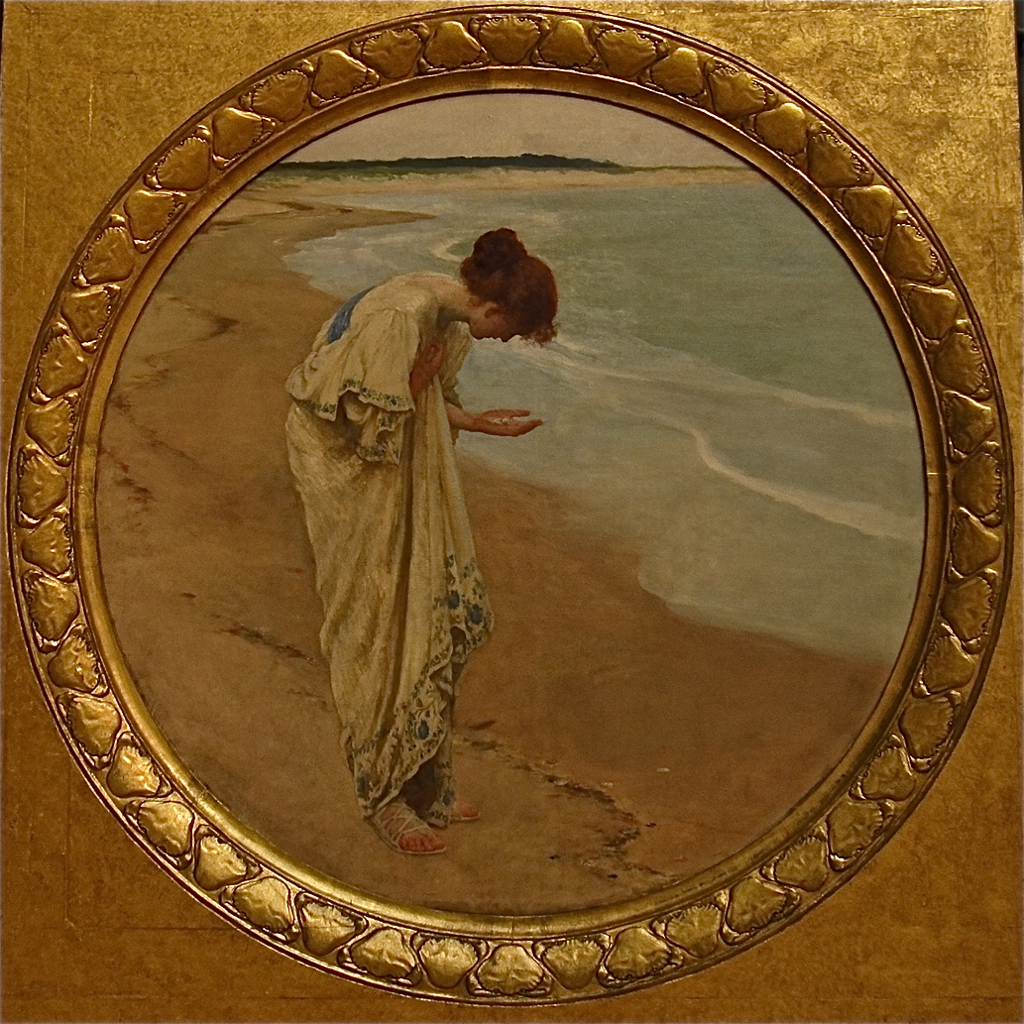 The sea hath its pearls .

The artist is now little known though this painting has proved enduringly popular . Exhibited at the Royal Academy in 1897 and purchased directly by the Art Gallery of NSW . Soon afterwards an edition of sepia photographic reproductions was published along with a companion piece by the same artist The Field hath its Flowers .

Many years ago in the late 70's I was fortunate enough to own a copy of this painting by a talented local lady artist in Grafton NSW in the early 1900's . I purchased it along with a sister painting of a young lady wearing a similarly inspired classical gown , large romantic genre paintings of the time with massive ornate gilt frames . Not the fashion for wall decorations in the seventies I can assure you but I liked things antique and classical . Their format was rectangular not a square mounted circular frame as here , considering their quality they were are bargain , the problem was their size 52" x 29" approx , to big for most walls .. As a result they were never hung just stored . To cut a long story short I was approached by a descendent of the original artist a girl who's family I had known for many years and they knew I had the paintings , she asked if I ever wanted to sell them would I give her first offer . In time and wanting to lighten the load a bit I eventually said she could have them , she was elated , they couldn't have gone to anyone more appreciative , she had seen them as a little girl in an ageing aunt's home and when the contents of that ladies home was auctioned she was still to young and didn't have the money to buy them but she never forgot , and the rest is history , as they say ....

Reading more I found that the actual name of the companion piece was "The Flowers of The Field". 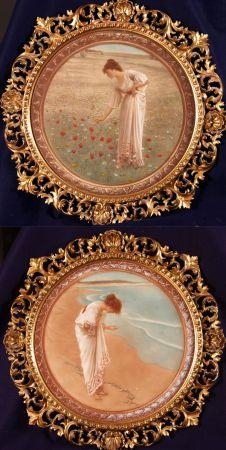