Auto-suggest helps you quickly narrow down your search results by suggesting possible matches as you type.
Showing results for
Search instead for
Do you mean
Reply
Topic Options
ciao_bella
Trusted Contributor

This is my thirtyish-year-old mini rose that's now about five feet tall. Yeah, not so mini these days. It's a gorgeous plant with just amazing flowers though. The only negative to it is it won't let me root cuttings from it. I've tried twenty to thirty times and have failed in every attempt. I even tried air-layering it with no success. It's a great plant though. It never suffers dieback in the winter. It's insanely hardy, disease-resistant, pest-resistant. I do nothing to it and it just thrives. Way, way back, it was bought in a little pot in a local supermarket and was just popped into the yard. I expected it to die in the winter as mini roses are apt to do, but this guy is just invincible. Now if only I could get it to let me make successful cuttings from it. I'd like about fifty of them, but they just won't root. 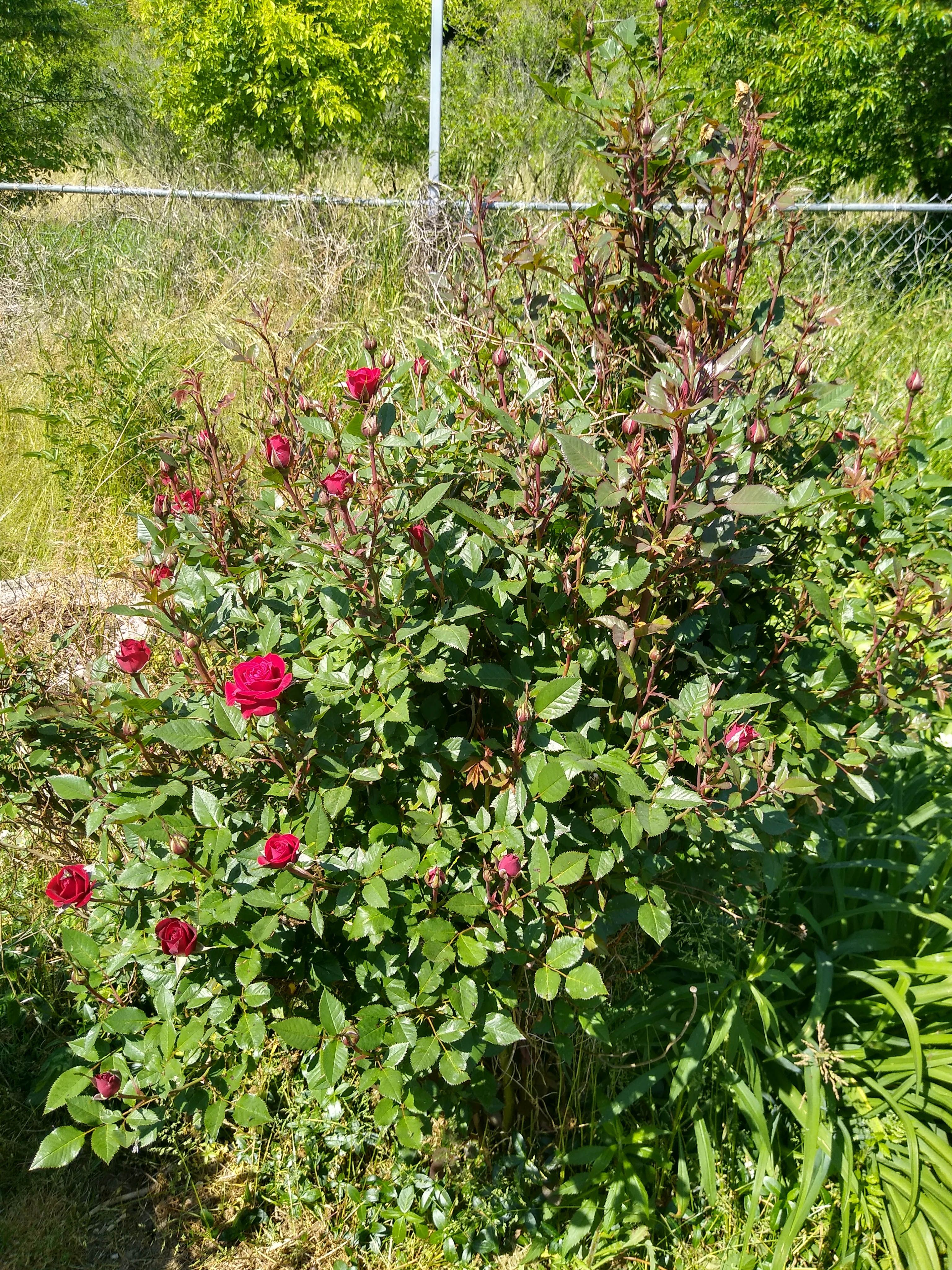 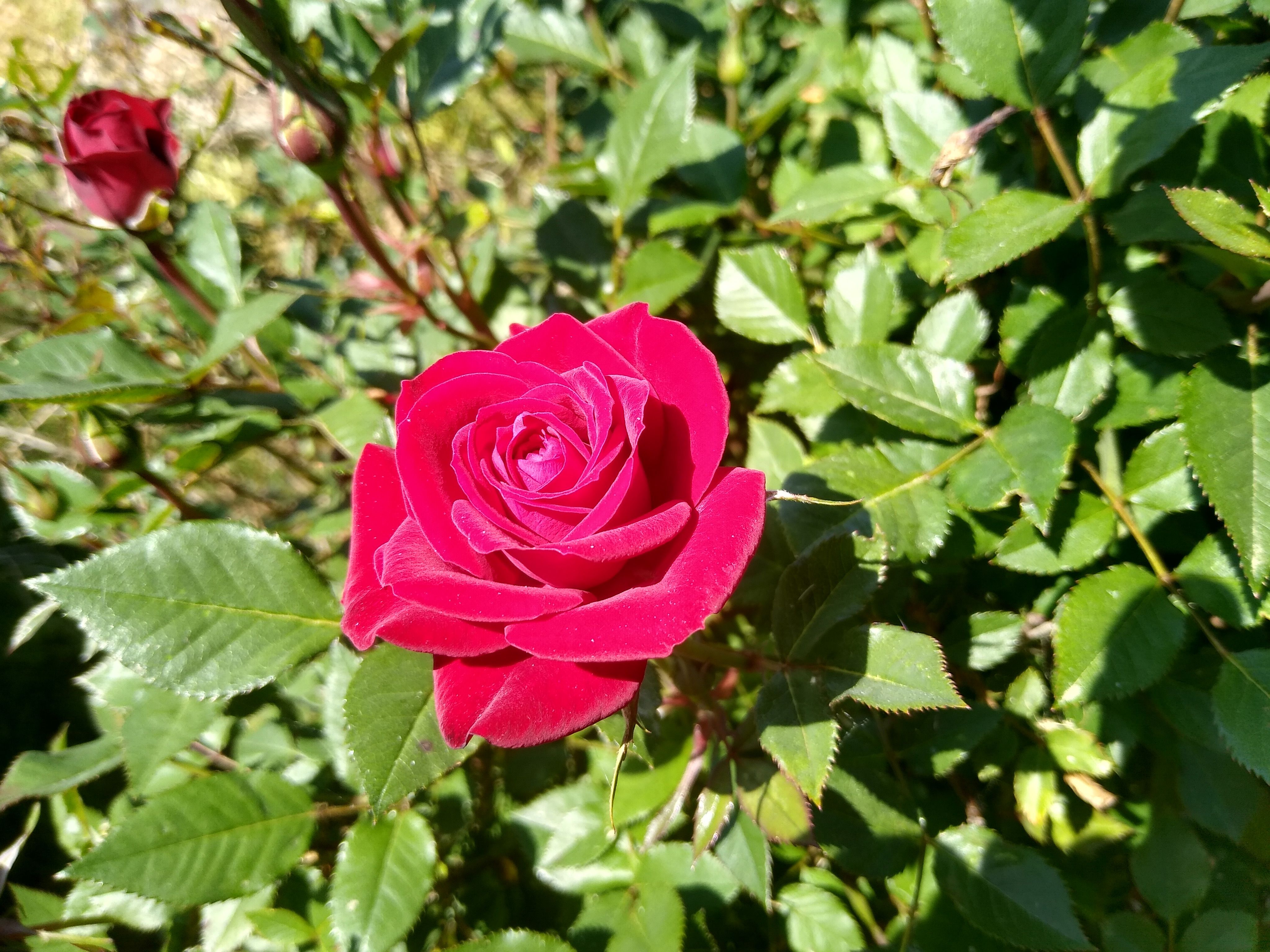 @gardenman Your story could be mine but not so many years old.  Three years ago, my daugter bought me a Mother's Day mini-rose plant in the grocery store where she worked part time.  The tiny roses were about the size of a quarter and very cute.  I decided rather than toss it, after it started to show signs  of not thriving, I would have my son plant it on the side of the house.  To my surprise, it did thrive and grew much taller.  Last year, it produced beauftiful, full size roses.  Part way through the blooming, it did seem to get some kind of bug or something because I noticed some of the petals had small brown spots on them.  Needless to say, it's loaded with blooms again this year.  Not sure what to put on it to avoid the browning on the rose petals .  I might have a picture of it blooming from last year and will post it.  Yes found it.  You can see some of the browning on it. 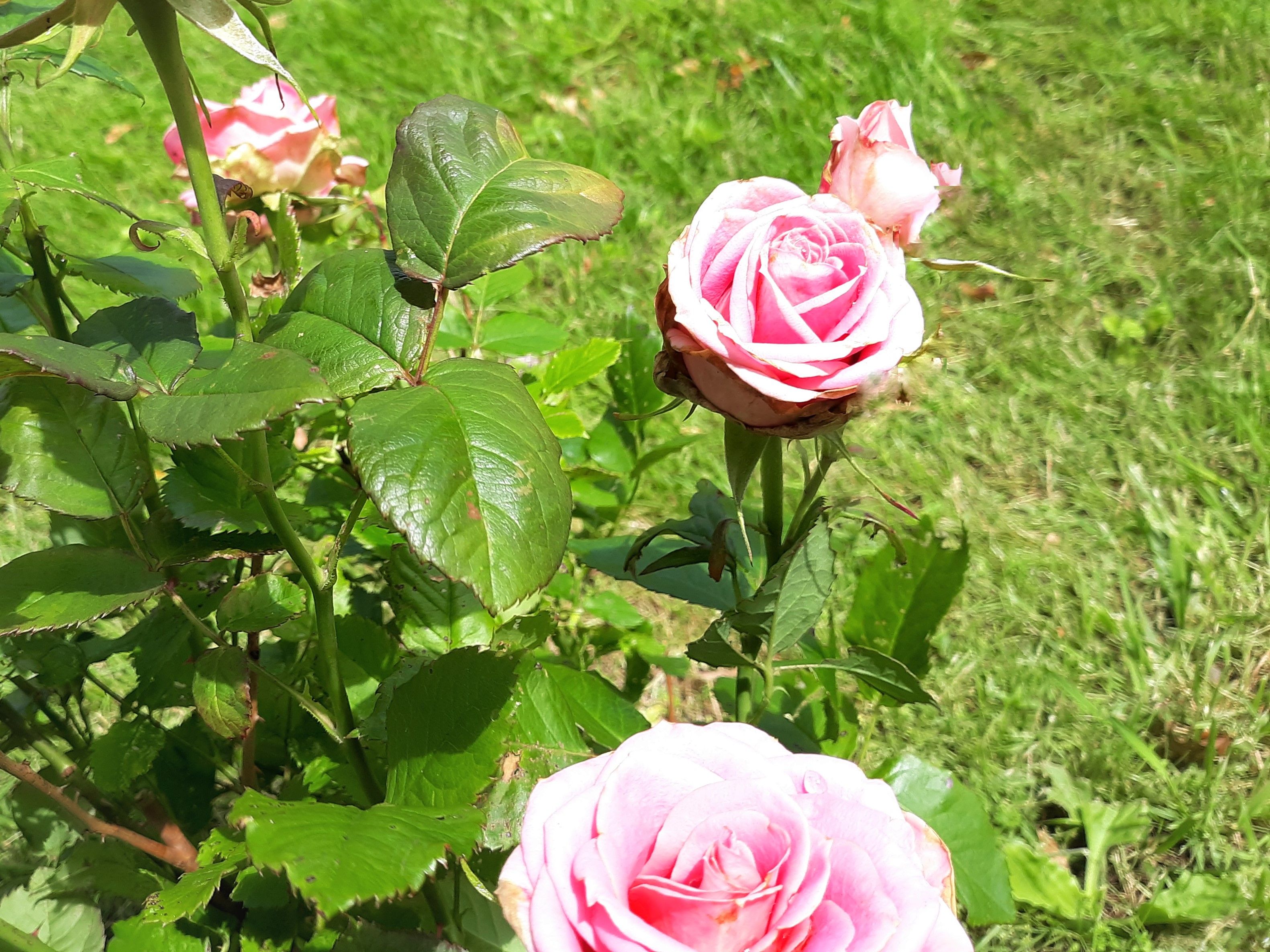 This one is pretty neat in that the flowers and foliage are still pretty much mini, just the plant has gotten huge. The flowers might top out at two inches across. It's taken it about thirty years to get this big. It's a neat plant.

Yesterday, I had several errands to run. So saw alot of the neighborhood and surrounding area. It was so nice to see all the rose bushes and rhododendron in their full glory.

Seems like this year the flowers really popped. Even my bulbs looked the best they have ever looked.

I was at my local Walmart today and they'd gotten an order of mini roses in for the Memorial Day weekend. They'd never watered them so most were already dead but I found one pot of yellow ones that had living stems even if most of the leaves had crumbled to dust, so for $3.84 I grabbed it. I brought it home, gave it a good drink.  Pulled it from the pot (it's actually four well-rooted cuttings in the one pot.) Separated each plant and gave it a pot of its own in good potting mix and watered them in. They're now sitting on my front porch and should revive in a little time. I probably won't put them in the yard this year, but keep them inside over the winter to bulk up a bit and then plant them out next year. I'll keep an eye on them while inside for spider mites (a big issue with the mini roses) but by next spring they should be very nice plants ready for a role in the garden.

Mini roses also can get funguses too since they are closer to the ground than their taller cousins. Fungal spores can splash upward onto their leaves when watering occurs from the top instead of at the surface with soaker hoses.

☼The best place to seek God is in a garden. You can dig for him there. GBShaw☼
Report Inappropriate Content
Message 16 of 16 (172 Views)
Reply
1 Heart