Auto-suggest helps you quickly narrow down your search results by suggesting possible matches as you type.
Showing results for
Search instead for
Do you mean
Reply
Topic Options
LindaLatte
Esteemed Contributor

SHOPAHOLICS: ONE DAY AT A TIME (WEDNESDAY, FEB. 12)

Good Morning!  It is sunny, but cool here.  It should make it up into the 50's later.   Hope your area didn't suffer too much flooding, Jean.  Interesting about paying off credit cards and FICO scores.  I was surprised that my FICO score actually went up a bit when I charged more in November and December.  While I paid off the cards quickly (some before and some after the statement), it might have been the "inactive" idea.

The senior lunch program was pretty busy yesterday.  We had a presentation on Cancun, and the presenter brought food and drinks to share (bean dip (delicious) and chips, "virgin" Margaritas, and a wonderful tres leches cake.  I ended up doing my buddy's job and half of mine, including cutting the very, very moist cake.  Anyway, I was there later than usual, and didn't have a chance to eat my salad until I came home.

My potential hospice patient's caregiver called to say that he wasn't doing well, and we would need to schedule our introductory visit for another day -- maybe next week or the week after.  I went to the gym, and that went well.

I have never received unemployment, but I remember having to pay it long ago when my ex and I had a small, mostly unsuccessful production company.  I didn't realize that I needed to pay unemployment insurance, and quickly made up for it.   My SIL did apply for unemployment, but said it takes time and it isn't much money.  I read about the rules in Maryland, and it seems like the "for cause" firing definition is complicated.

Meanwhile, my DD texted me that my DGS could hire her for a part-time job in the store where he is "operations manager".  Later, she e-mailed saying that she had one interview and was having another today, and hoped to get a job in her field.  I told her about DGS' offer, and she thanked me.  I was so touched by his offer -- I don't remember when he last saw her, and I'm sure he did this for his Mom and me.  Really kind.

I have yoga class later this morning.  Nothing else of interest planned.

Glad you like your Flexible TSV, Fressa, and you had such a nice birthday, Marijane.  I forgot to mention that I am not a wide-leg pant wearer, but I need wider leg pants when I go to the vein doctor (to accommodate the bandages).  Fortunately, I have an ancient pair of Dialogue model pants that work so well.  While they don't look great, they feel wonderful.  Your tops sound lovely, twinny.  Great bargains to boot.

Waves to Bernie (hope the snow doesn't pose any problems) and all of our posters and readers.  Have a nice day, and please post if you have a chance.

It's cool today and they have revised the forecast to rain instead of snow. BOO! I have got to get groceries in this house regardless of my migraine or the weather. They are predicting a big snow storm soon so I ordered another bag of chow and treats for the dogs. I usually try to keep some staples on hand for those situations for us but the dogs need chow. They are too big to fil up their tummies on people food. LOL

I remember when I was on unemployemnt years ago. The company "phased out " my job. I'm in a "right to work state" but I still qualified. It varies from state to state or at least that's my impression. It all seems to depend on how the company filles out the paperwork. You can challenge the definition thru the Unemployement Office on certain issues. That's all that I remember as far as details. Hope your sil finds something sonner than later. I'll keep my fingers crossef for both of you.

Did anyone else notice that some of the Plow & Hearth items only have a 90day warranty? I was viewing the fence panels and was surprised to see that noted. I do have a few pieces of that line and I really like them. So far, I've had nothing but good luck with them.

I just saw an ad that the Hallmark store is having boxes of chocolate covered strawberries for the next 4 days. Is this the first year? I may have to try that out with my coupon. I do have to stop with my chocolate treat one of these months. LOL

Have a good afternoon/evening.

There are many elements: wind, fire, water
But none quite like the element of surprise
Report Inappropriate Content
Message 3 of 6 (212 Views)
Reply
3 Hearts
birdmama
Honored Contributor

There are many elements: wind, fire, water
But none quite like the element of surprise
Report Inappropriate Content
Message 4 of 6 (211 Views)
Reply
4 Hearts
birdmama
Honored Contributor

I was pleasantly surprised this morning to see that my federal refund was in the process of being deposited.  So what did I do?  Went shopping

Seriously though.  My sister loves holidays and I know she picked me up something, even a little something for Valentine's Day.  She's mentioned before about wanting speakers for her desktop and I know her, she won't research brands.

Best Buy was having a pretty good sale on Logitech speakers so I picked this up for her. 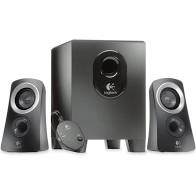 I also have a very old printer that I bought as a gift for my husband for Valentines or Father's Day in 2003.  He loved technology, especially the latest and greatest so I bought him an HP photosmart printer model 7960.  I can't stress enough how big this printer is, lol.  It weighs 20 or 21 pounds and when it came home it was the shizzle. 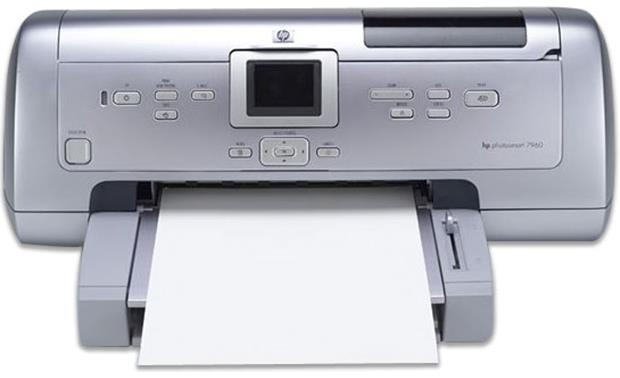 It's 17 years old this year and works well.  Sadly HP is no longer making two of the three cartridges that it uses (photo and tri-color). The black cartridge is nearly $60.

I said that's it and I bought a new all in one printer that prints, copies and scans for $59.99.  I even bought some ink cartridges for it so I'll be ready when the starter cartridges run out.  I don't print that often.

I went in the other direction and this one is considered compact.  It's tiny compared to what I have.  I bought the HP 3755.

I think I shopped wisely on both products.  I know the printer was a good deal.  It was actually less than one cartridge for the old printer and it does two additional things (copies/scans).
There are many elements: wind, fire, water
But none quite like the element of surprise
Report Inappropriate Content
Message 5 of 6 (207 Views)
Reply
4 Hearts
KonaKat
Esteemed Contributor

Linda--Thank you for starting the thread. Things are looking better for your SIL and it  was thoughtful of DGS to offer her a part time job. It is interesting that we both consider the wider leg pants because of ease in handling appointments involving the leg.

Fressa--I had forgotten about Valentine's Day until I saw a meme on FB about waiting until the day afterward to buy chocolate candy as it would be on sale.

Bernie--We both hit the jackpot today. I checked out the bank's website this morning and saw my IRS refund and my SS check was deposited today. Now to wait for the State refund. Ususally I have to pay the State so this year is a treat.

It continued to rain today but we are expecting heavy rains in some areas tonight, so flash flood warnings have been issued. Time will tell if my day of work tomorrow will be washed away.

**************** "A black cat crossing your path just means that it is going from one place to another." Proud owner of a black cat and a shopper of QVC since the merger with CVN.
Report Inappropriate Content
Message 6 of 6 (172 Views)
Reply
4 Hearts