SHOPAHOLICS: ONE DAY AT A TIME (FRIDAY, APR 12)

Good morning, shopping friends. I just turned on the Q and se they are selling some gadget that is supposed to wonders for the skin. I'm doing fine without it and can find a use for the $150. It is a matter of priorites.

I've been sorting some things as I finally got some sleep last night and have some energy now to tackle some things but I'll be easing back into them as I am now very tired from what I've been doing but still doing well for a 77 year old person who doesn't look it I must admit.

On the discussion of lawns, rarely do we see any teens doing it now. The overwhelming ones are adults who charge accordingly. I can remember when one turned the age to get a driver's license that one hoped to be able to borrow the family car or have the family buy them an aged car as they didn't need it for extensive driving. Now, some drive cars better than some teachers and expect a good car when reaching the magic age to drive. "On the road again" becomes the teen's motto....and parents fund it.

Don't get me started on families who receive "benefits" but buy good cars and would never be seen in one 5 years old. There really is no incentive to work as one woman found when finally getting a job and discovered after taxes, paying for child care, etc. that she had less than when getting benefits.

Right now, the weather is acceptable but storms are expected later bringing winds, rain and hail. I need to get the car in the garage now than too late. I don't want hail damage.

Have a great day. If you shop, shop wisely.

**************** "A black cat crossing your path just means that it is going from one place to another." Proud owner of a black cat and a shopper of QVC since the merger with CVN.
Report Inappropriate Content
Message 1 of 13 (347 Views)
Reply
3 Hearts
Highlighted
birdmama
Honored Contributor We're having rain showers on and off and right now it looks like the wind has calmed down.  Personally I thought it was cold yesterday and when I ran a couple of errands I wore my winter coat and hat.

There are many elements: wind, fire, water
But none quite like the element of surprise
Report Inappropriate Content
Message 2 of 13 (296 Views)
Reply
3 Hearts
Highlighted
Gennygirl
Trusted Contributor

Hello Ladies, glad thst you are starting to feel a little bit better Jean...I didn't see the s/v today, I had gotten an email during the night about it but didn't open.

i just made the quickest run to the grocery store..good thing it's about 2 miles away, ..parked in the parking lot notice how empty it was for a Friday mornimg..walked towards the store and saw people holding picket  signs....since I am the daughter of a man who was an electrician and in a union all his life I turned around and came home......seems all the Stop and Shops in Ct,92, of them are on strike.   I remember once going to a store with my mom  when I was a small kid and outside were workers holding signs,she did not go in and told me never to cross a picket  line.......I was afraid if I did today a bolt of lighting would come out of the sky..aiming for me.  I could go to a different  supermarket,Shop Rite, on  the other side of town but I really am that not desperate for anything so I just came back.  EXcept that time when I was a kid I don't think I have encounted a picket line of any kind.

Today is a re-run of yesterday's weather..except it's supppsed to go into the 60's ,it's drizzling out now.  TOmortow they say beautiful...but a

horrible stormy day  SUnday  THis spring is turning out like our summer was.

That's about all from here..I think we are going out go a Mexican restaurant a few town away for lunch.         Have a nice day everyone......Marijane

I have to add that my mom did not always agree with what on in my dad's union..in the " higher up" levels .        not sure why this is all underlined....sometimes it happens....weird.

Bernie--Your comparson of the tsv to a pie tool gives a new meaning to "pie face." It is 80 degrees here right now.

Marijane--I read about the strike. I'm with you in that I could hold off and not cross the picket line to get groceries.

I think I will venture to the city tomorrow and have lunch with a friend and also get groceries. I just haven't felt like doing it this week. I did trash a few things this morning.

**************** "A black cat crossing your path just means that it is going from one place to another." Proud owner of a black cat and a shopper of QVC since the merger with CVN.
Report Inappropriate Content
Message 5 of 13 (266 Views)
Reply
2 Hearts
Highlighted
birdmama
Honored Contributor

Since lunch time was technically my time and unpaid time, during the strike I would go outside at lunch and walk the line the many of the people I had worked beside just a couple of years before.  If they needed to light a cigarette or anything I'd carry the sign.

Management couldn't do anything about it because I was on my time.

There are many elements: wind, fire, water
But none quite like the element of surprise
Report Inappropriate Content
Message 6 of 13 (255 Views)
Reply
2 Hearts
Highlighted
birdmama
Honored Contributor

at pie face. Seriously, I'm really fair and my skin is kind of see through.  I'm not kidding I'm like a walking anatomy dummy as far as veins go. 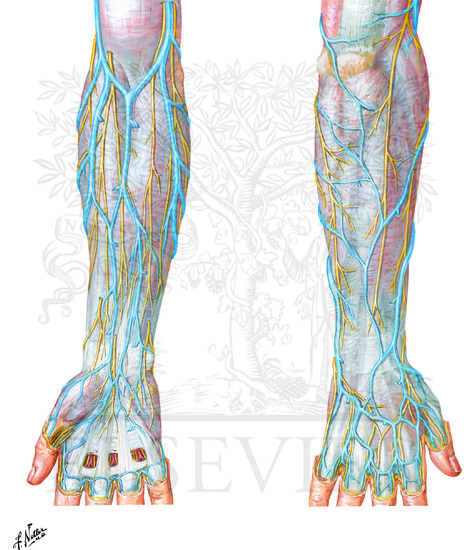 I'm not this bad, however I'm not that far off.  I can see just what my poor face would look like after I rolled that stabby thing across it.  I'll take their word for it that it's good for a person.

There are many elements: wind, fire, water
But none quite like the element of surprise
Report Inappropriate Content
Message 7 of 13 (250 Views)
Reply
2 Hearts
Highlighted
LindaLatte
Esteemed Contributor

Good Morning/Afternoon and thanks for getting us started, Jean.  No TSV for me either.  Just have no faith that it would do any good for me.  And, it does look a bit like Bernie's pie crimper tool.  Glad you are starting to get back to "normal", but please allow yourself time.  Have fun tomorrow.  DD said it is not warm there, and has started to rain.  She and DGD have signed up for a 5K race on Sunday (benefit animal shelter), but now they are saying there is an 80% chance of thunderstorms.  So, all her race preparation may be for nothing (there is o "rain date:.)  Hope the storm does not happen.

I have tons of those visible veins, etc. as well, Bernie.  Not sure I would want to chance using the special tool even if I thought it might help with the wrinkles.  Interesting story about your in and out of the union experiences.

Glad you didn't drive too far to the grocery store, Marijane.  While no one in my family was in a union, I would hesitate to go there as well.  I can't remember "crossing a picket line" or even having the option to do so, but I may be forgetting it.  One time a group of protesters surrounded my building at work after I had arrived, and we did have to find different exits to get out of the building.  It was quite a scene, and lots of media around including my ex husband who worked at a TV station at the time.

I am extremely frustrated with the hotel in the DC area where I'll be staying for my May Road Scholar trip.  Still no luck in getting a room for an extra night.  If this continues, I may just stay at a different hotel in the area.  I did make a reservation for my last night there -- near the airport since I have a 5:40 a.m. flight home from Dulles Airport.

No word yet about my taxes.  Hopefully, they will contact me before the Monday midnight deadline.

Waves to all of our posters and readers.  Hope everyone has a good day.

Jean, I haven't seen the tsv, but I don't have a need for it.  I am glad that you are feeling better and getting lots of decluttering done.  Talking about teens owning a nice car.  When we were dating in our early 20's we both lived at home and borrowed our parents car/cars.  I bought our first car which was a 1966 Ford Galaxy.  It had A/C & I banged it up a year later.  Then we bought a '71 red w/black vinyl top Dodge Charger.  Our dgs's drive their parents vehicles.  When our eldest dgs turned 16, his best friend got a brand new Infiniti for his birthday, fancier than our dgs's dad's Infiniti.

Bird Mama, we had thunderstorms last night and it's still very windy.  Neither of us ever worked for a Union, but I remember when my DH had to vote Yes or No once at Frito Lay.  Luckily it was a No vote because his plant would have closed down.

Marijane, I have never had to cross a picket line.  It's rare around here.  How are your Yank's doing.  I think that the Red Sox are doing poorly.  We have our 👀👀👀 on the brewer's right now.  I hope that your !lunch out is a good one.

Linda L, I would not like to be working at a company that I had to sneak out the back door.  I don't know if we have any Union places here.

It was an interesting shopping day for us.  We started at Kwik Trip.  Then we went to Aldi's and my DH said that he must have locked his keys in the Subaru.  I said "you better hope that I have my keys."  I  gave him my keys and we checked out.  When we got to the Subaru, his keys were in the ignition, it was running & it was unlocked!

Then we went to the last grocery store and bought a ham for next Sunday's Easter dinner.  I put the broccoli rice casserole in the oven as we were heading out the door and it was perfect when we got back from.

Supper is a fish fry at Culver's.

We don't have any big weekend plans, but I am hoping for a sunny less windy day for tomorrow.

Twinny..the Yanks are doing lousy.....everyone is injured just about......they play the Red Sox this coming week, Maybe Monday or Tuesday..don't know  how they are doing.        wow....good thing your car was still there!!