A really unattractive striped top. It is so very hit and miss with their clothes. I have bought a few things that were cute last summer,  But some of  the  fashion on Evine is  just awful.

I don't know why but this popped into my head when I saw it...lol 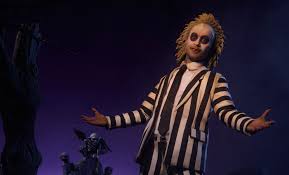 I have had Evine on much of the day...The TS is a Pam McCoy fur jacket...the stripped top is a This Day Only...

I really like the clothes they show....in all brands...my problem is the necklines are so low...thats not for me...

Their pricing is much better then the Q...even when they are not having an all day sale...

@circles, Evine has frequently been running multiple Today's Tops Values during the holiday season.  The Pam McCoy coat is ok, but I'm not interested in it.  I think I'm over faux fur.  Lately, all of them look like they've been pulled from Mr. Peabody's Way Back Machine to me.

I can't think of a gentle way to describe what I really think about that Kate & Mallory striped top.

It sorta kinda reminds me of another top I've seen on Evine - I think that one might be a One World but I'm not sure - it has what looks like a striped bustle on the back of it, awning stripes.

I have one Kate and Mallory thing that I kept - a sweater dress I bought a few years ago.  It's cute.  I still have a striped sleeveless top, black and lavendar, but it just doesn't look good on me.  I think it's the shade of lavendar that is off for my skintone.  I really wanted the black and white one but it was sold out so I got the black and lavendar because it was really cheap - I paid like $9.00.  But hey, I can't wear it so it's not much of a bargain.  haha

I have the same shirt.

Fortunately it works on me I think it's definitely one that requires some boobage! Looks awful on Giana!

I realized that my work outfit today consisted of 3 items from Evine: a One World top, Kate & Mallory fringe cardigan and Matisse fringe booties. I really need to stop watching that channel!

(My pants were from Macy's).

If you are talking about this top that was a This Day Only, I own it in the gray and black and I love it.  I wear it with black skinny jeans and I've worn it on more casual days with black pants to work. 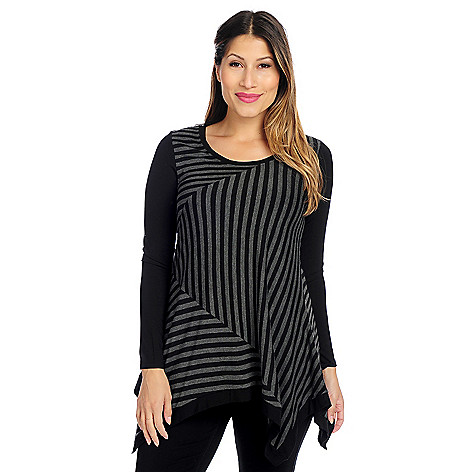 As an aside, Evine lost a decent order from me because of their  s/h.

I was exercising on my Gazelle last night during Wendy's shows.  It was the last 4 hours of fashion day.  As I was going along, twice they put up a banner on air that said it was free s/h if you used your Evine card.  I was surprised to see that because they were also offering the 15% off coupon and I was thinking that was really a good savings.

I got done exercising, got my phone and placed 5 items in my cart.  The s/h was $24.95.  I was paying with my Evine card and it wasn't taking off the s/h charges.  The 15% off coupon was applied but it didn't even cover the s/h charges.   I took out the code thinking you couldn't use both but the s/h was still there.

I called CS and the woman basically called me a liar and said they have no such promo going.  I never saw the promo listed again on screen so I'm guessing it was a mistake.  I can deal with that but that CS rep nearly calling me a liar and acting like I was trying to get the s/h credit as a scam was very off putting.

So I deleted all 5 items out of my cart and ordered nothing.

I realized that my work outfit today consisted of 3 items from Evine: a One World top, Kate & Mallory fringe cardigan and Matisse fringe booties. I really need to stop watching that channel!

(My pants were from Macy's).

I love Evines clothes. I have many pieces from One World, Kate and Mallory and some others.  You cannot beat their TS pricing.