Auto-suggest helps you quickly narrow down your search results by suggesting possible matches as you type.
Showing results for
Search instead for
Do you mean
Reply
Topic Options
Greeneyedlady21
Honored Contributor

Her dog Max is so cute.

Iman has characteristically done things differently. The Somalia-born model, businesswoman, philanthropist, and veritable fashion legend (a true powerhouse) has spent her time in quarantine in a stream of chic outfits—with a full beat, no less—on her Instagram account. It’s not surprising, seeing as she was a muse of Thierry Mugler and Yves Saint Laurent; the face of her own beauty empire, Iman Cosmetics; and a recipient of the CFDA Fashion Icon Award. But what many may not expect from one of the most glamorous women in the world is that she wears Ugg. Beyond that, she is even starring in the footwear company’s latest campaign.

Speaking from her country house in upstate New York, Iman tells BAZAAR.com that she would gleefully sport the brand’s signature no-fuss, sheepskin-lined boots for “mommy-and-me” moments with her then young daughter, Lexi Jones. She also confesses that it has been quite some time since she slipped on a pair—at least since she stopped dropping off her daughter at school. Amid a global pandemic, however, the brand’s cozy shoes have been tempting her more and more.

“I think it has come full circle, and at a time when we are sheltering at home,” she says about indulging in comfy Ugg shoes again. “You can walk around at home and be comfortable, and at the same time, you can walk outside. The reality of what we’re living in urges us to seek comfort.”

Iman is the latest star to join Ugg’s Feel campaign. The ongoing series, which started last September, enlists artists like Sonya Sombreuil and Fulton Leroy Washington and fashion industry titan Andre Leon Tally to model the label’s styles according to their respective MOs. In Iman’s case, this means serving looks. 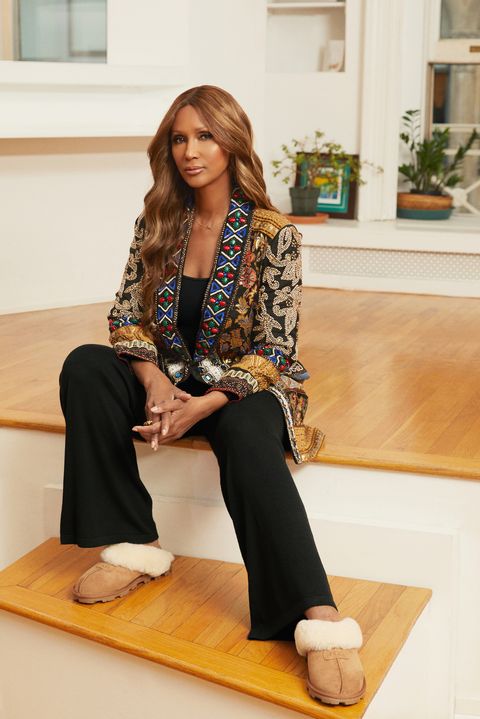 In one shot, she poses in a richly embroidered jacket layered over a black top and trousers, which she accessorizes with Ugg’s. Coquette slipper. Another shows her sitting forward wearing a sleek rust-hued knit turtleneck and matching palazzo pants from her HSN collection, Iman Global Chic, along with Ugg’s Classic Mini II boot. Though more laid-back than what she wore pre-quarantine, both ensembles fully reflect Iman’s style ethos: “Glamour never takes a day off.”

“Everybody was feeling great about wearing pajamas all day, but that got too tiring, too fast,” she shares. “It’s really very important that you really get out of what you’re wearing to bed, do your hair, and add a little bit of makeup, even if you’re not doing a Zoom meeting. It’s good for your soul. It makes you feel like you have a little bit of control, because everything is out of our control. That’s a great lesson to be learned this year. We thought 2021 would have been like a switch on, switch off. No. We’re still in it.” 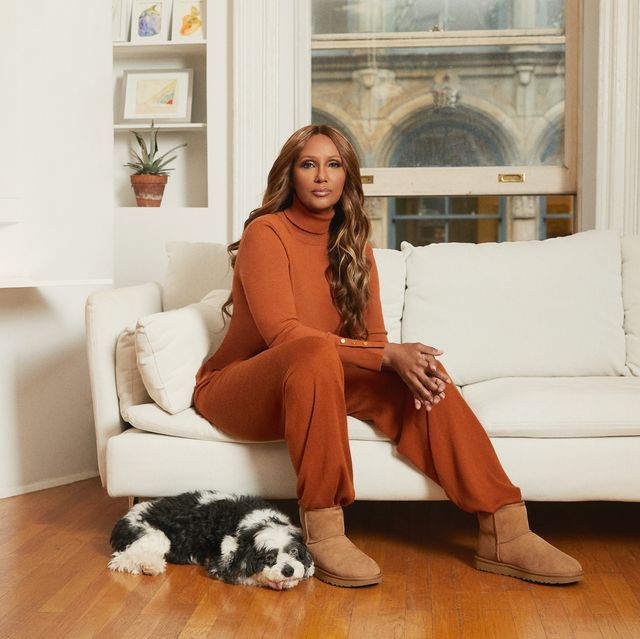 wow.....i want that jacket she is wearing!

Iman could wear baggies on her feet or a paperbag on her body and look fabulous.

Iman is pictured wearing my favorite Ugg mini boots.  I have them on right now in the same color. I've worn UGG boots in assorted colors and styles for over 20 yrs and still love them.

@sunshine45 Iman posted on Instagram that the jacket is by Alice + Olivia. 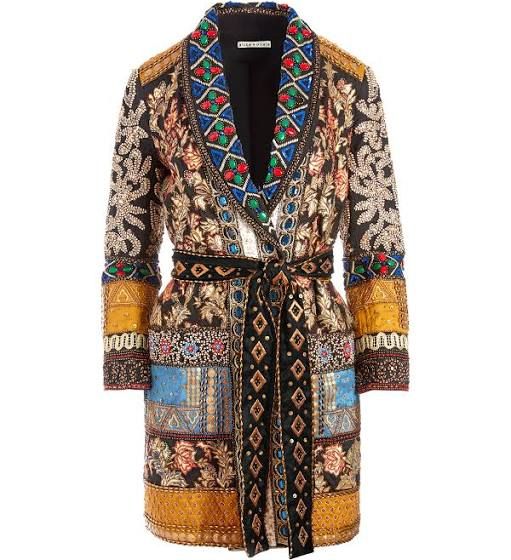 Max has one blue eye and one brown eye, just like her dear departed husband David Bowie.  Max has been a member of the family for some time.

This week was the fifth anniversary of David Bowie's passing.

There were a lot of online remembrance events.

Iman is still selling her clothes line on HSN.

She is a professional model and looks good in anything!

She is lovely isn't she?  I enjoy watching her shows on HSN and she has a pretty nice clothing line, I have many pieces.  I like Uggs too but I only own Lamo's and BearPaw's,

look and feel the same for half the price or more?!

I've had 2 pair of those Uggs slippers for many years.  Not really a big Uggs fan, but these are very comfy and warm!

I've washed them several times and they've remained in great shape.  They never leave the house, however

I love my Uggs. I can't wear anything with heels, they are super comfy, keep my feet warm and I wear them in the house and outside. I don't have the slippers, but they look like something I should check out.