The Duke and Duchess of Cambridge are visiting Leicester today to pay tribute to the victims of the devastating helicopter crash that killed five people including the owner of the city's football club.

Prince William and Kate said they wanted to recognise the 'warmth and compassion' the people of Leicester have shown since the accident almost a month ago to the day.

Leicester City owner Vichai Srivaddhanaprabha, 60, was killed when the aircraft plunged to the ground shortly after taking off from the pitch at the King Power stadium.

William counted Mr Srivaddhanaprabha as a personal friend and knew him through his role as President of the Football Association as well as a fellow polo player. 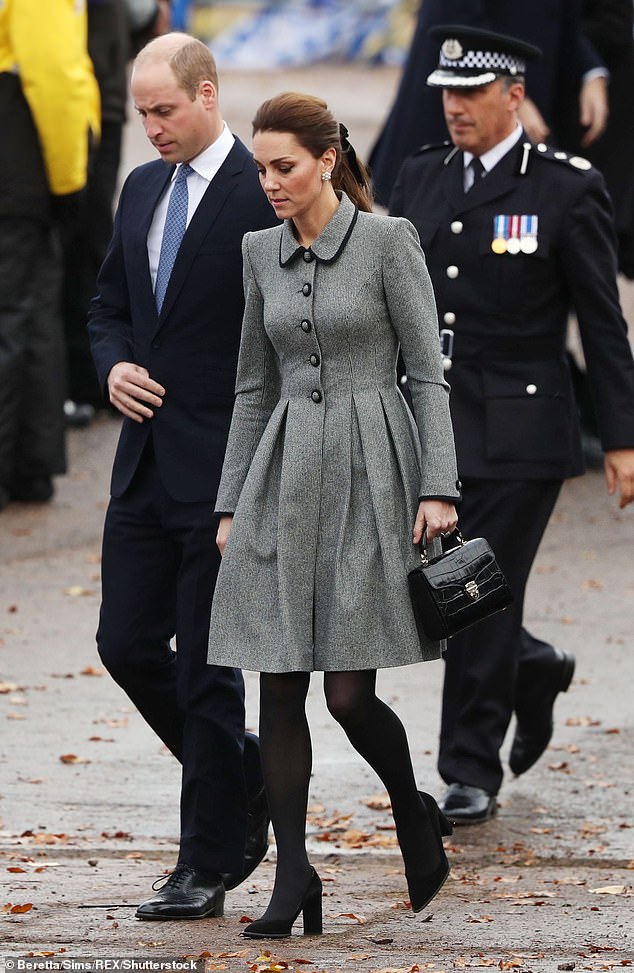 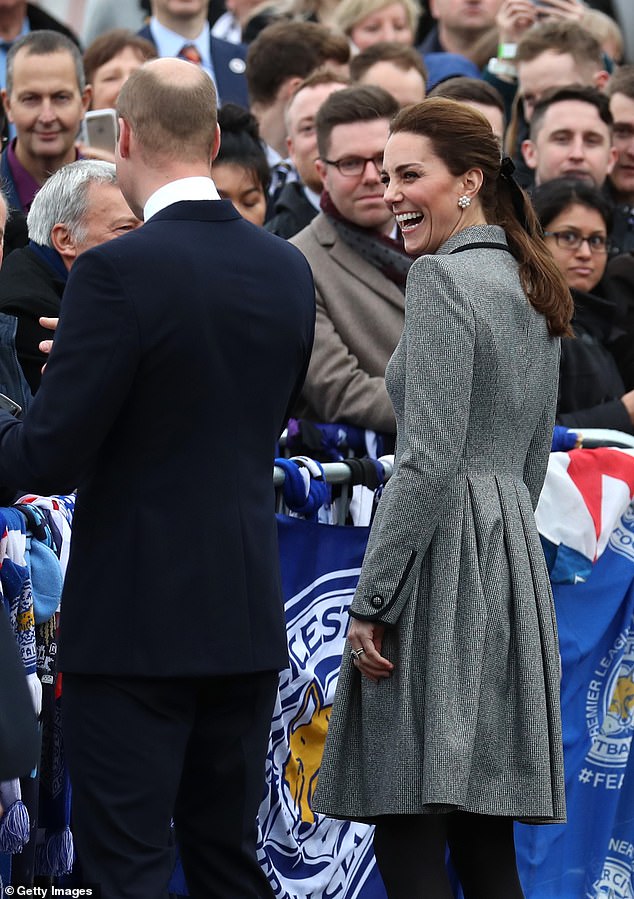 The Royals were taken to the area containing the huge amount of floral tributes left to the victims near the stadium, where they stood in solemn silence to pay their respects. Kate then laid down a bouquet herself as the couple's own contribution. 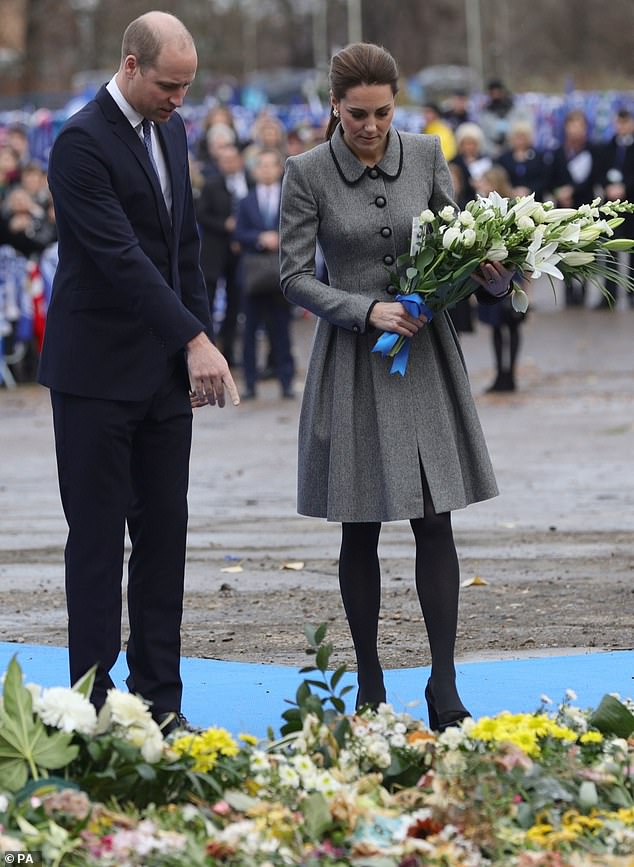 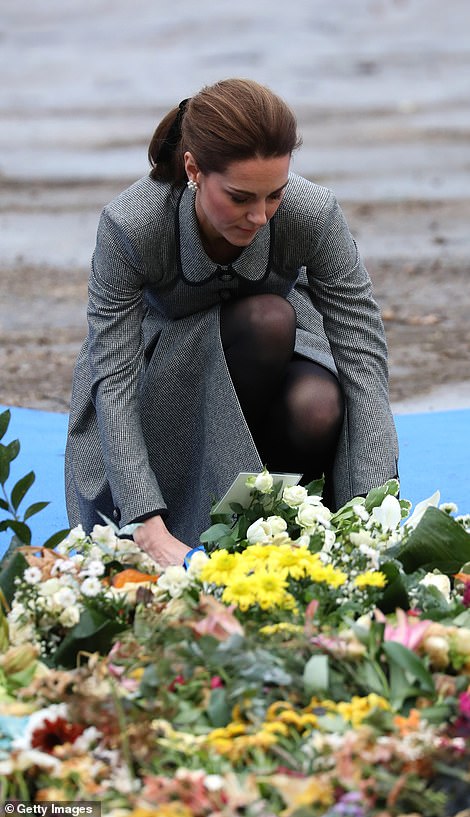 That coat is spectacular on her.I think I had a similar coat in red many years ago.

I wanted to add that she is perfection at all times.

Today's coat dress is a repeat. Kate wore the dress to attend church services with the Queen and other members of the Royal Family at Balmoral back in August. Her whole outfit is perfect for the very somber occasion.

Today's coat dress is a repeat. Kate wore the dress to attend church services with the Queen and other members of the Royal Family at Balmoral back in August.

@lmt  Kate keeps her eye on ze olde budget - and is sensitive to an appearance of extravagance.  and always looks spot-on!

The grey tweed Catherine Walker dress is a bespoke design featuring a Peter Pan collar with a black piped trim and matching buttons. 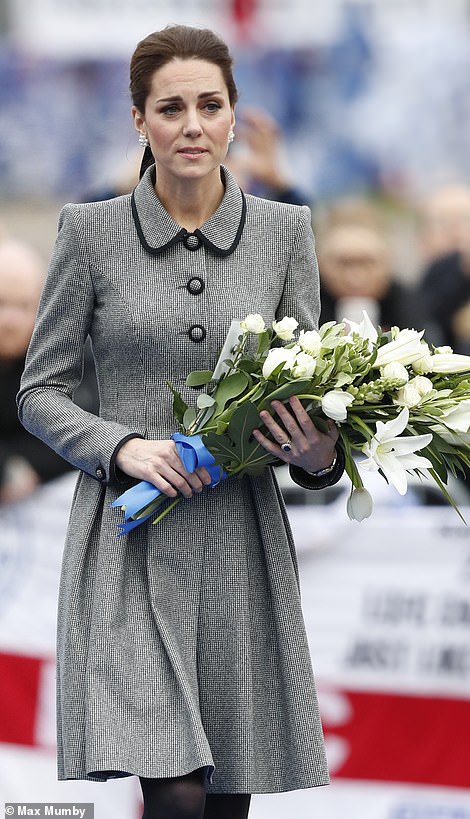 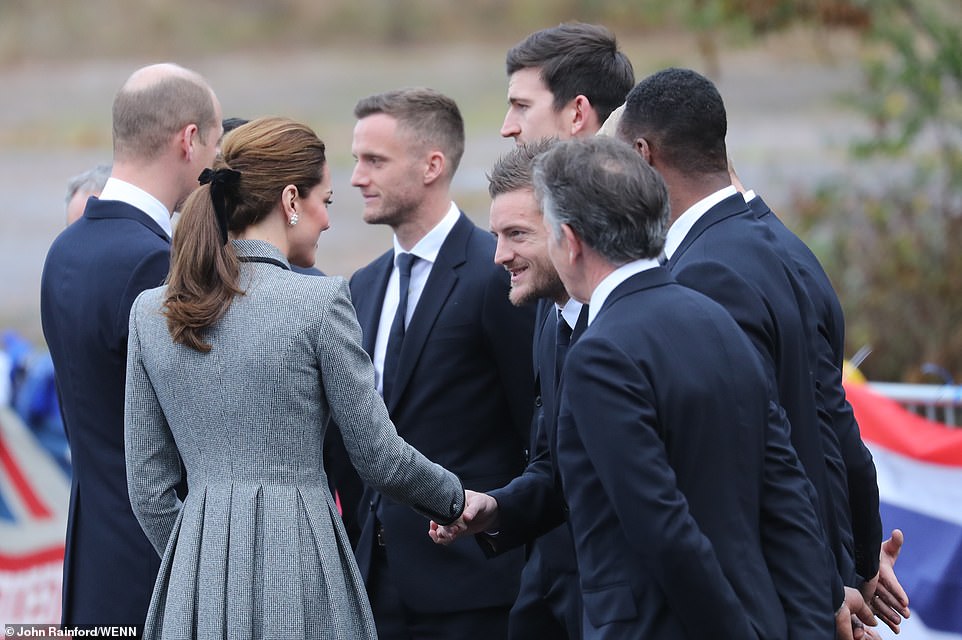 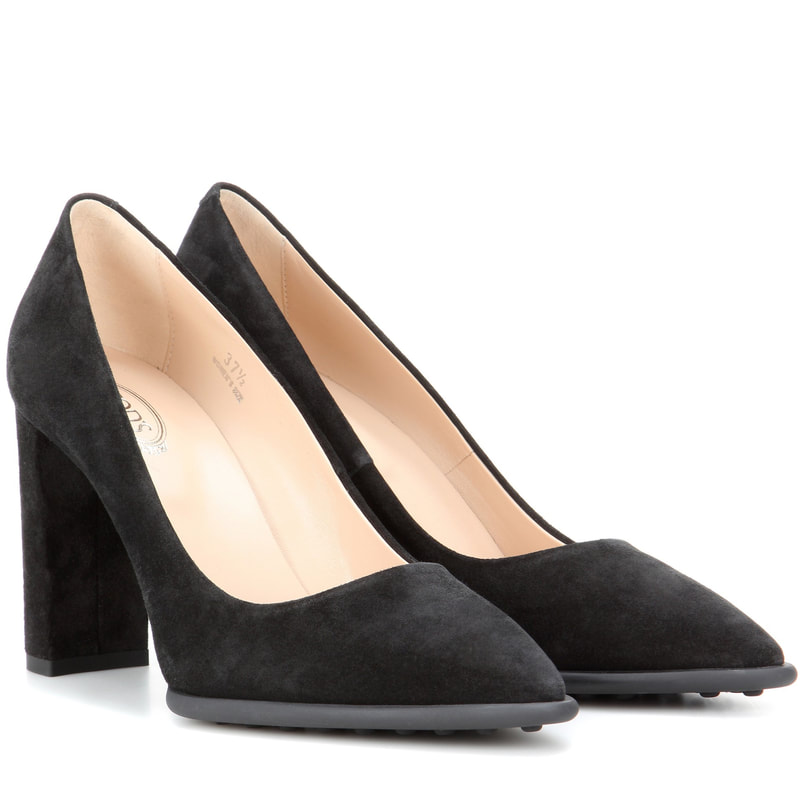 Cassandra Goad Cavolfiore Pearl Stud Earrings. Studs in 18ct yellow gold and set with seven pearls with diamonds. Inspired by the clusters of young flower stalks of the cauliflower (cavolfiore) in the market. 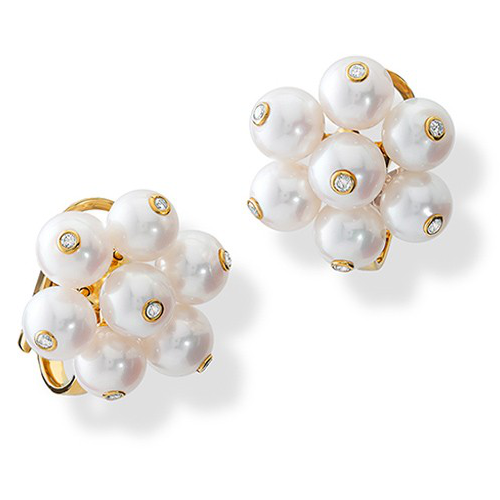 Kate topped off the ensemble with the black velvet bow believed to be from J. Crew. 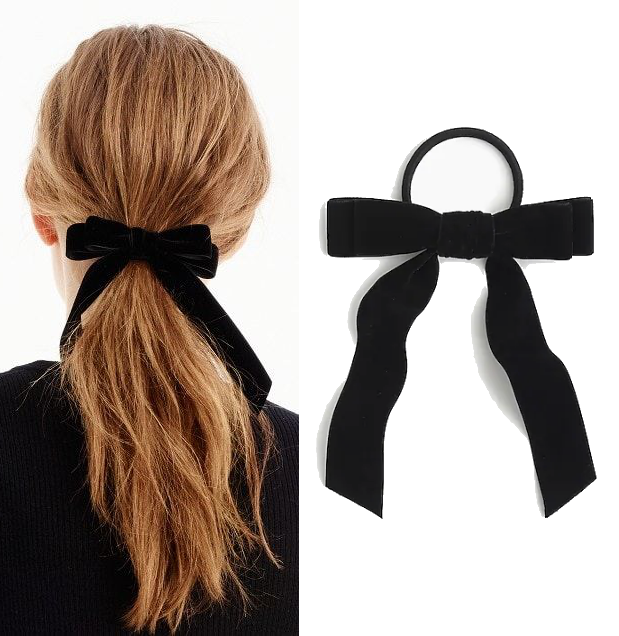 @lmt  Kate keeps her eye on ze olde budget - and is sensitive to an appearance of extravagance.  and always looks spot-on!

I wonder if she takes a picture of the outfit and how she's wearing it so when she repeats it, it won't look exactly the same.

Neither Kate not the Palace gives a flying fig about her clothing budget.  I believe that like many women, there are outfits that she loves and that she knows look good on her.  Her parents are indeed wealthy but they come from the middle class so she's perfectly comfortable wearing an outfit or gown that she has worn before.  They do "tweak" some of them to give the outfit a different look.  Also there's the PR benefit of making it seem like her clothing budget is not as extravagant as it is.

I wanted to include this picture of William. It's striking how much he looks like Diana in this picture. 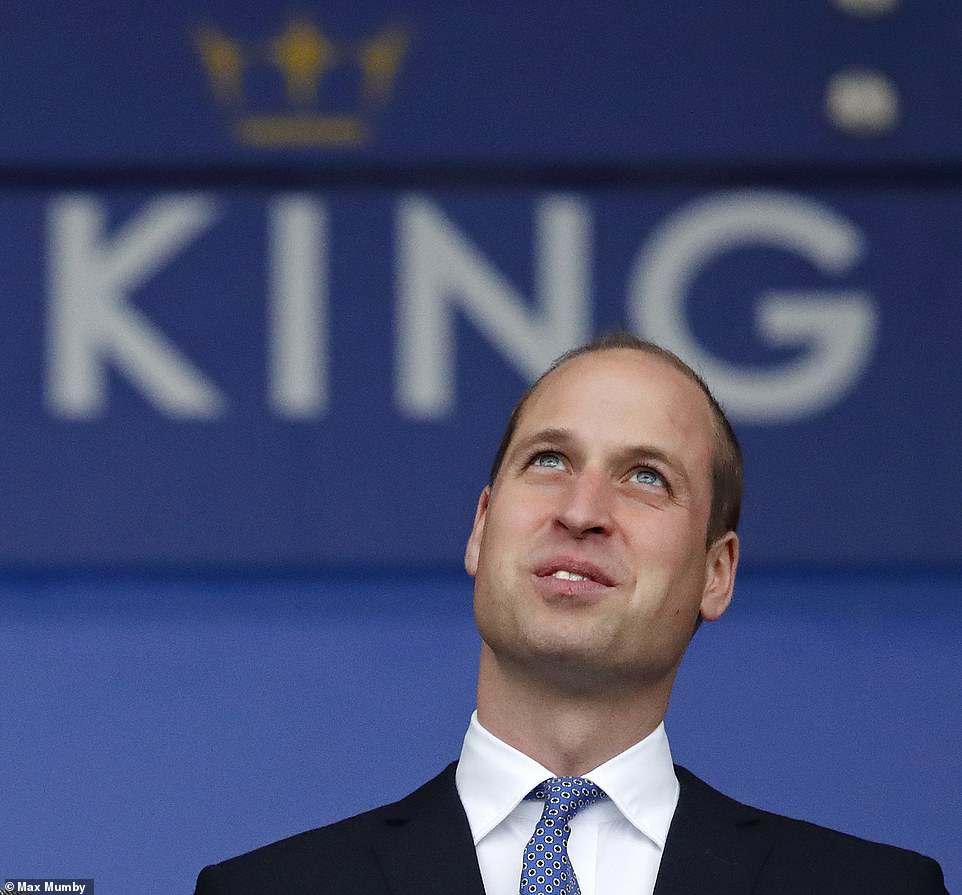