Auto-suggest helps you quickly narrow down your search results by suggesting possible matches as you type.
Showing results for
Search instead for
Do you mean
Reply
Topic Options
sipp
Valued Contributor

- I rarely sign in  only to ask questions when I can't find answwers anywhere else- ANYHOW--- I bought the 1 year and got the extra texts  (when checking out) - Total cost  $55!  HOWEVER- NOW MY HUSBAND LIKES HIS SMART TRACFONE SO MUCH- HE'S BEEN TEXTING LIKE CRAZY TO OUR KIDS (WHO LIVE OUT OF STATE)- BUT HE DOES IT AT HOME- (DOES THAT MATTER IF IT'S AT HOME USING OUR INTERNET? I DON'T KNOW AND IF HE WAS TO USE THEM  ALL UP THEN I DON'T KNOW IF THEY'LL TRIPLE EVERYTHING WHICH I WAS FIRST WORRIED ABOUT. ALSO ----- IF I WAS TO BUY A CARD JUST FOR TEXTS-  WOULD I BUY A REGULAR "WHITE" CARD IE FOR $20 TO ADD THE TRIPLE ON-  SERIOUSLY CONFUSING HERE- WHO SAID THESE ARE SMART PHONES ANYHOW? i GUESS THEY ARE- BUT I'M NOT!!! And heaven forbid Tracfone will get wise and delete that deal- I mean- really- I could just buy that deal and get years of service until they go to some other G  ya know? LOL!!!

No, it doesn't matter if you are home using your wifi, every text will reduce the number that you have left.  I am on a monthly auto refill with Tracfone so I don't have to worry about running out of texts.  They have several options on their website.  I text more than I talk on the phone, so I went with a plan that give me more texts that minutes.  Hope this helps. 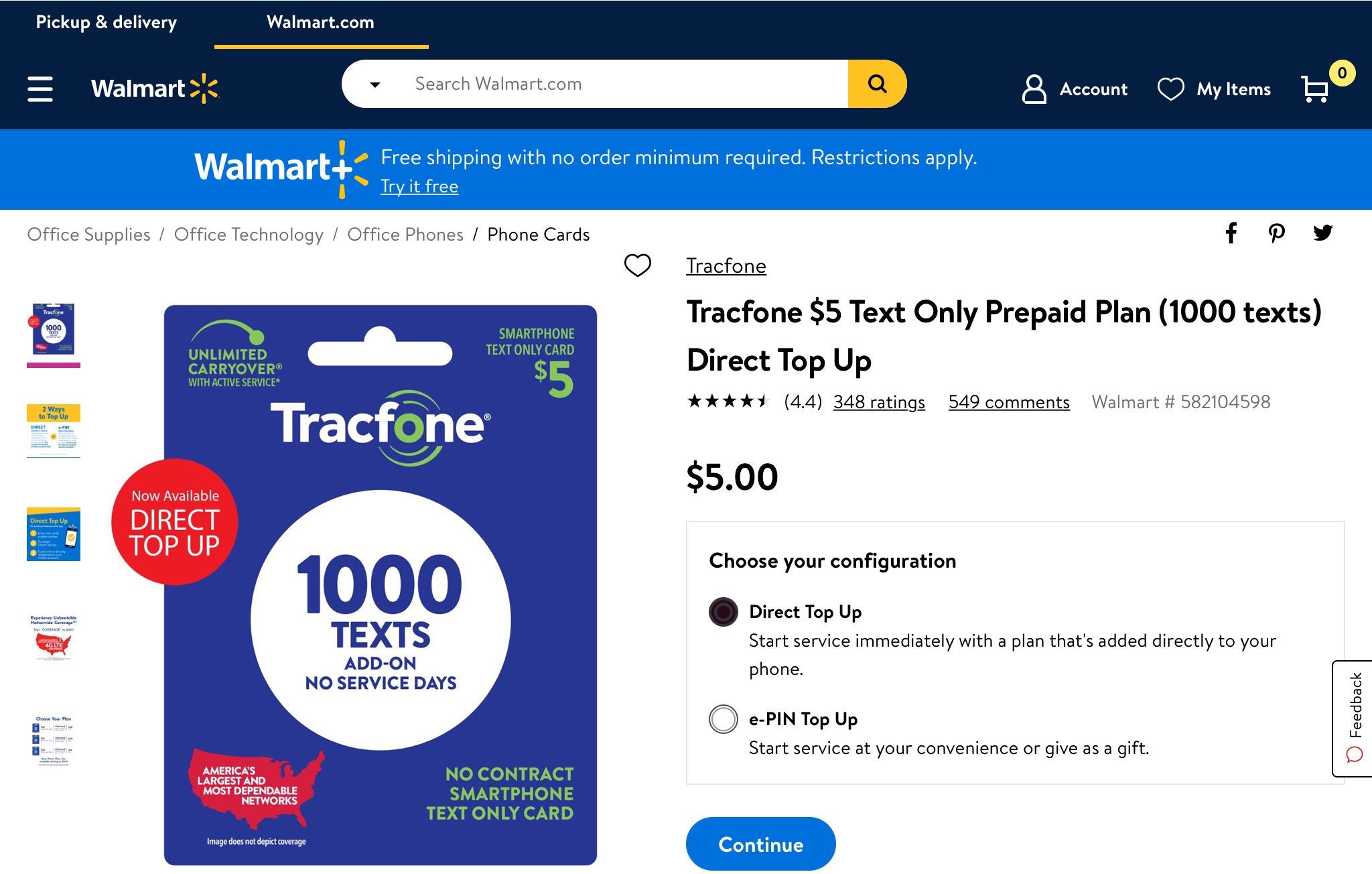 @sipp   Tracfone no longer triples minutes unless it's an older phone bought under that program.

I have one TracFone that's used for texts only.  I don't buy any plans or auto refill. I only buy the $50. annual service plus several thousand texts.

You can also buy add ons right through your TracFone.

Texting uses the same phone lines/towers as calling, and being home or near WiFi makes no difference.

Forget the tripling. That old program was phased out after the "text wars" brought prices down significantly.

Be aware there are still some old TracFone cards in stores. I saw data cards in a grocery store at the old, higher price, and there's no refunds on cards.

I've been reading over your recent Tracfone threads and see you keep asking about tripling.

The "tripling" feature that came with many TracFones in the past was only good on that specific phone. It did not transfer to the new smart TracFones you bought for your husband and yourself.

You can transfer your phone number, airtime, and all your talk/text/data from phone to phone, but the tripling is not transferable.

There was a price war among phone service providers, started roughly 2015(?).

If you read all the fine print on the "tripling" card you refer to, you'll see it won't work on your smartphones. And TracFone cards are not returnable/refundable.

Don't waste your money buying an ancient tripling card that's been hanging in the store for years.

@sipp   Your husband can buy 1000 texts for 5$ right on his phone.  Just go to your tracfone  app and hit plan...then you have the option to hit Add-ons...and there you can buy the texts right there. No need to buy cards anymore.

This was expecially helpful! we didn't know that they were automatically deducted - thought if it was on our internet that they weren't subtracted!!! thankyou!!

On QVC's site it does say that if you have an older "triple" phone (non-smart) and then buy  a new smart phone- that they will transfer the triple as a courtesy- one time thing. so ??