Auto-suggest helps you quickly narrow down your search results by suggesting possible matches as you type.
Showing results for
Search instead for
Do you mean
Reply
Topic Options
beatlefan
Regular Contributor

Skechers slip on shoes A302947 inaccurate description of sizing

I received these shoes yesterday. I ordered my usual size, based on the product description “fit true to size”.  Unfortunately they are huge. I checked out reviews from customers who received their shoes a few days before me and most folks said the shoes were too big.

I need to return them and I am reluctant to exchange them because of sizing.

i don’t thing I should have to pay shipping both ways since the description was inaccurate. If it was just me having the issue it would be one thing but almost all the reviews indicate that sizing is really off.

I rely on product descriptions. I am dismayed when they are inaccurate.

Unfortunately this happens way too often on shoes that are TSVs.  They know or should know that the sizing on what they're offering is way off.  Apparently they are depending on people not returning them because it's too much trouble.  Making a defective product a TSV  has become a method of operation for QVC.  Can you say unethical? 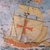 This has happened to me SO MANY TIMES that I don't buy shoes here any more.... and I am an off the rack size 9M with no issues!

@beatlefan I wonder if QVC gets second's sometimes. I bought these shoes from Overstock and received them today. They fit exactly as they should.  Sorry for your problem

I found Skechers to be very inconsistent in their sizing. I have tried various styles and colors at Kohls at the same time. No two colors or styles fit the same. Some were short and some were huge in the same size. I think that brand has quality issues. No way would I buy them online.

I have more than a dozen (two dozen?) pairs of Skechers that I've bought from various retail stores (Kohl's, BJs, Sam's).  I buy either a 7.5 or 8, depending on whether I'll be wearing socks or not.  I've always found the sizing to be consistent.

Having said that, I don't buy shoes anymore from QVC.  Quite a few years ago, they had a Clark's sandal as a TSV.  Well, I went to the Clark's store ahead of time, tried them on for size and then ordered the upcoming TSV in two pairs, as the Q's price was about half that in the store.

And, yes, you've guessed it.  They were HUGE; fell off my feet.  They were clearly sized wrong, but I ended up getting hit for the cost of returning them (before the days of prepaid labels), despite the fact I pointed out they were not the sizes marked.

Had the exact same thing happen with some Quacker Factory shoes.

Never again.  Twice burned.  Much too expensive to lose the money on return (and now original) shipping.