Auto-suggest helps you quickly narrow down your search results by suggesting possible matches as you type.
Showing results for
Search instead for
Do you mean
Reply
Topic Options
little missy
Contributor

I SAW ON FACEBOOK WHERE SOMEONE HAD THANKED MALLY FOR HER RECIPE FOR BANANA PUDDING.  I HAVE LOOKED ALL OVER TO TRY TO FIND THE RECIPE BUT I COULD NOT FIND IT ANYWHERE.  CAN SOMEONE HELP, AND MAYBE PRINT IT OUT FOR ME IF POSSIBLE, OR PASS IT ON PLEASE.  THANK YOU.

""Out beyond the ideas of right-doing and wrong-doing, there is a field. I will meet you there." -Rumi
Report Inappropriate Content
Message 2 of 7 (800 Views)
Reply
1 Heart
Love my grandkids
Honored Contributor

@little missy Hope you see Cakers post. There is no way anyone here could print it out and get it to you, so best of luck.

@little missy  just search Magnolia Bakery Banana Pudding recipe in your search bar and it will come up, click on the first link and scroll to the bottom and there is an option to print out the recipe.

It looks delicious, so post a picture if you make it! 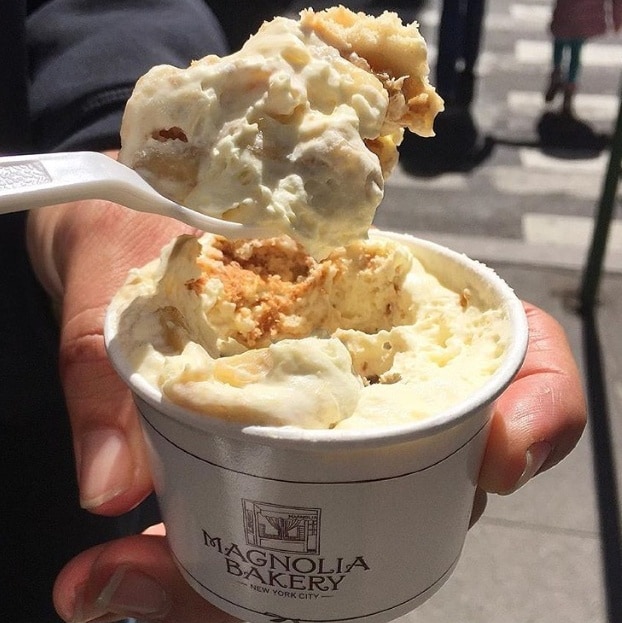 One 14-ounce can sweetened condensed milk

In a small bowl, on the medium speed of an electric mixer, beat together the sweetened condensed milk and water until well combined, about 1 minute. Add the pudding mix and beat well, about 2 minutes more. Cover and refrigerate for 3-4 hours or overnight, before continuing. It is very important to allow the proper amount of time for the pudding mixture to set.

In a large bowl, on the medium speed of an electric mixer, whip the heavy cream until stiff peaks form. Gently fold the pudding mixture into the whipped cream until well blended and no streaks of pudding remain.

To assemble the dessert, select a large, wide bowl (preferably glass) with a 4-5 quart capacity. Arrange one-third of the wafers to cover the bottom of the bowl, overlapping if necessary, then one-third of the bananas and one-third of the pudding. Repeat the layering twice more, garnishing with additional wafers or wafer crumbs on the top layer of the pudding. Cover tightly with plastic wrap and allow to chill in the refrigerator for 4 hours—or up to 8 hours, but no longer!—before serving.

As copied with permission from The Complete Magnolia Bakery Cookbook

You never know how strong you are until being strong is the only choice you have.
Report Inappropriate Content
Message 5 of 7 (428 Views)
Reply
5 Hearts
jordan2
Honored Contributor

That looks so good. I am a Lifetime WW member, I'm afraid if I ate this it would cost me all my points for one day and then some!

Print it out for you?