Auto-suggest helps you quickly narrow down your search results by suggesting possible matches as you type.
Showing results for
Search instead for
Do you mean
Reply
Topic Options
SharkE
Honored Contributor

He's a doll baby that one !

"a little old man" is what I thought.  Like lots of little ones that have characteristics of a little old woman/man....very natural.  Much prefer this slice of normalcy over tiaras and ballgowns.

Omg Louis is so adorable, he looks like a little man

I have quite a few different families over the decades who send Christmas cards from earlier events in the year.  Family vacations to big College Football showdowns and one whole family on horseback while riding through Colorado one summer.  Does not need to have a tree in the background to say Merry Christmas.  I do love their more relaxed way.

I totally agree with you!  We have several families that each year vacation at the beach and their Xmas cards reflect it.  I like the casualness of the family and the down-to-earthliness; just like us commoners.  Lovely family!

Love, love, love the picture.  My eyes went immediately to Prince George wearing jeans, no shorts, finally a big boy.  I know they have the tradition of boys wearing shorts until they are about years old but perhaps it was chilly outside that day.   I am always delighted to see pictures of the family and finally, looking at Prince Louie I can see the resemblance of Kate's side of the family for which I am sure they are happy about.  Beautiful family.

The moving finger writes; And having writ, Moves on: nor all your Piety nor Wit Shall lure it back to cancel half a Line Nor all your Tears Wash out a Word of it. Omar Khayam
Report Inappropriate Content
Message 54 of 61 (332 Views)
Reply
1 Heart
MorningLover
Respected Contributor

While the Duke and Duchess of Cambridge were noticeably dressed-down in denim and sweaters and Prince George stole the show by wearing jeans for the first time — Princess Charlotte actually wore a sweater that once belonged to her big brother.

This isn’t the first time Charlotte has worn the sweater, either: After Prince Louis was born in April, Kensington Palace released a picture of Charlotte cuddling her new baby brother while wearing the knit. 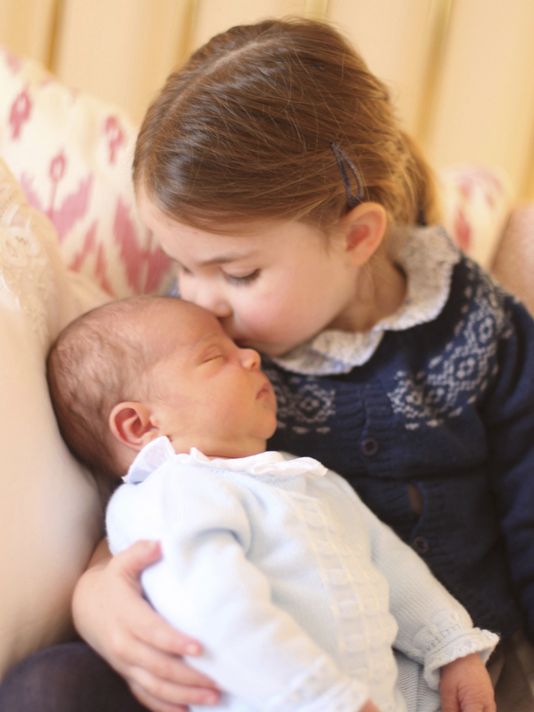 It remains to be seen if Louis will inherit the cardigan next, but he’s already wearing hand-me-downs himself: All three of Kate and William’s children have worn the same baptism gown for their christenings, which was inspired by one first worn in 1841 by one of Queen Victoria’s children.

what love, just warms your heart! 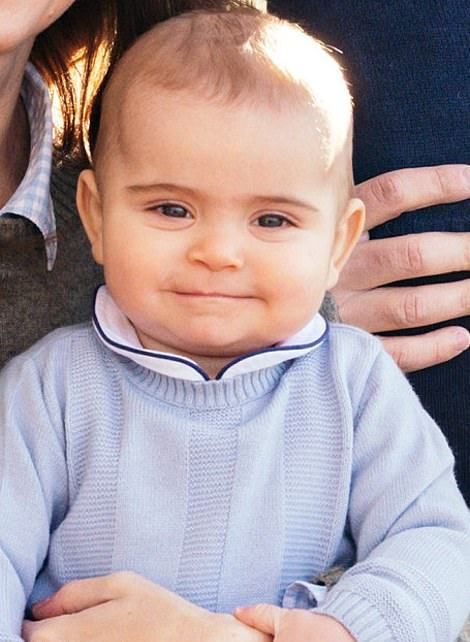 They have gorgeous children but this cute little prince has 'old man' eyebrows!   lol

Charlotte starting to resemble Kate but still most resembles the Queen.

They have gorgeous children but this cute little prince has 'old man' eyebrows!   lol

I'd kill for those old man eyebrows.

He's a doll baby that one !

@SharkE,  He looks like a vintage “kewpie doll!”   How cute!

⭐️Tact is the art of making a point without making an enemy. Howard W. Newton⭐️
Report Inappropriate Content
Message 60 of 61 (181 Views)
Reply
1 Heart