Auto-suggest helps you quickly narrow down your search results by suggesting possible matches as you type.
Showing results for
Search instead for
Do you mean
Reply
Topic Options
BriggsiePeawiggle
Valued Contributor

I already went through this with my mom.....and then again with my husband's parents. With my own mom, I pretty much would suggest something, and if she fought me (which she seemed to do more and more and she moved into dementia), I just either did it anyway or asked my brother to talk to her. Because I was the one who lived in town and was the one who did everything for her, and was the one guiding her......she was getting angry at me. She didn't like that our positions had flipped. I understood that, but it makes it very hard. When it was obviously time for her to move out of her apartment and into assisted living, my brother and sil came to visit, we set an appointment up with the AL director to come and meet with my mom at her apartment, but before she came, my brother told her that she really needed to be in a safer house. Because my brother said it, she agreed. He felt kind of embarrassed that she would do what HE said but never what I would suggest. I didn't care. Whatever worked was good. Once she went into assisted living, and then had to be put in a nursing home because she really got too sick......it was very very sad, but not so hard because we knew she was well cared for, we checked on her a lot, and visited her regularly even though she wasn't aware of anything (or so it seemed). It was BEFORE all of that when it was the hardest. I found the same thing with my inlaws. They refused to put any of their papers in order. Fortunately, I down-loaded some legal power of attorney papers for my husband from the internet for our state, had them notarized by their little city offices when they signed and took them to a lawyer to make sure they were okay. They were fine, and in the end of it all, it was REALLY a good thing we did. My husband is the sole heir, and he had to make a lot of decisions on health care and pay lots of bills for them. That POA form did the trick. Sadly all our parents are now gone, but I feel your pain. It is SO hard.

It sounds like your parents are at the stage they can use help in the form of a visiting nurse.  Why not contact the Visiting Nurse Association in their area and see what you might be able to set up?  It would probably be a good idea for a nurse to drop in once a week to see how they're doing, and they can also assess their living situation and make recommendations. I believe they also have social workers who can come over as a helpful resource.

Oh boy, I've been dealing with my mom who turns 86 in a couple of weeks.  She liked it when I cleaned the house because it "sparkled."  I didn't want to do it so I hired my sister in law.  She did a good job and mom was happy.  Then my mom fell a couple of times and I decided she couldn't live alone anymore.  I'm her POA for both finances and healthcare.  I found a really nice residential based facility that houses 24 people.  She seems to like it but just won't admit she can't live in her house anymore.  Having someone stay with her 24 hours a day is much too expensive.  At this place she's safe and her needs are being met.  Now, I'm facing the problem of selling her house.  By law I can do it without her permission but I don't want to do that.  It's been in my sister and my name for several years with my parents having life residency.  I would like to put it on the market as soon as possible.  I don't want her to pay for utilities, lawn care, water, and taxes.  I feel so bad for her but she won't budge.  Love her to pieces but I'm so frustrated.

Sell the house. We were just dealing with the same thing. In our state, we had to sell the house anyway to keep our mom (my mil) in care until Medicaid kicked in. We could've gotten a quit claim deed, but we wanted mom where she was and there were no Medicaid beds there. She was in a really nice care home that she loved. We figured the house proceeds were their money, and we would just use it to keep her. She was 99. Just as we began the proceedings to clear out the house prior to sale, she passed away of a massive heart attack. But trying to keep that house, lawn mowed, walks shoveled in the winter, paying heat and lights.......it was hard.

My mom can afford to hire help.  It only took 2 years to finally convince her. I, personally am a lousy cleaner upper, unless, it is after a party  . Then i do help clean up, but vacuum,dust, clean the toilets, etc, no way!!! Anyway, she has been excited about having housekeeper, once a month.  Maybe that is all they need, not weekly.  Can they afford it? Maybe they can't and don't want you to know.  Have you looked into a reputable cleaning service?  Not a relative or a friend, but a nationwide, reputable service.   I hope you can get some help for your parents. It sounds like your Dad may need the help MORE than your MOM.-------tedEbear

Just to add that I had an in home carer who came every day for 4 hours.  She would help with medical care, bathing, make lunch and clean if necessary.  It wasn't cheap, but really gave me peace of mind when I was out of town.  Please make sure to investigate anyone (other than your cousin) who is hired as unfortunately there are people who will prey on the vulnerable elderly.

This isn't going to help much.

I too am an only child, working through similar situations, with a Dad I've loved and admired forever.  It has more to do with giving up control, frustration at not being able to do things anymore, not wanting to be a burden, or dependant, and yes, fear of death.

Many things will not make rational sense to you.  Best advice I can give you is do the best you can, love them really hard, don't expect logic, and roll with what comes along.

"Animals are not my whole world, but they have made my world whole" ~ Roger Caras
Report Inappropriate Content
Message 16 of 60 (773 Views)
Reply
7 Hearts
YorkieonmyPillow
Esteemed Contributor

Unless they're mentally incapacitated I would let them make their own decisions.

I'm a summing that your mother is going to be able to go home. Where I live there would be some very strong questions from the doctor and social worker about whether your parents are able and safe to be home alone. It sounds like you have become Thier responsible party. If that is true you could be legally responsible of there was a very serious situation. Good luck. There is none thing easy about this .Been there.

PS   Sorry, I just told my dad that I wasn't willing to lose everything I had worked for all my life if something catastrophic happened to him when I wasn't there. He agreed. So we had someone came at night. 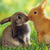 Since they are getting unable to take care of themselves, you can always get power of attorney over them