Auto-suggest helps you quickly narrow down your search results by suggesting possible matches as you type.
Showing results for
Search instead for
Do you mean
Reply
Topic Options
Homegirl
Honored Contributor

Following Royal tradition The Duchess of Sussex's wedding bouquet is laid on the grave of the Unknown Warrior in the west nave of Westminster Abbey in London.

"Almost 100 years ago, Lady Elizabeth Bowes-Lyon (known as Queen Elizabeth, the Queen Mother) established a long-held Royal Wedding tradition. As Lady Elizabeth entered Westminster Abbey on her wedding day, the Royal bride stopped to lay her flowers at the Tomb of the Unknown Warrior. The gesture was in remembrance of her own brother, Fergus, who died at the Battle of Loos in 1915 and to pay tribute to the millions of others killed and injured in World War I. 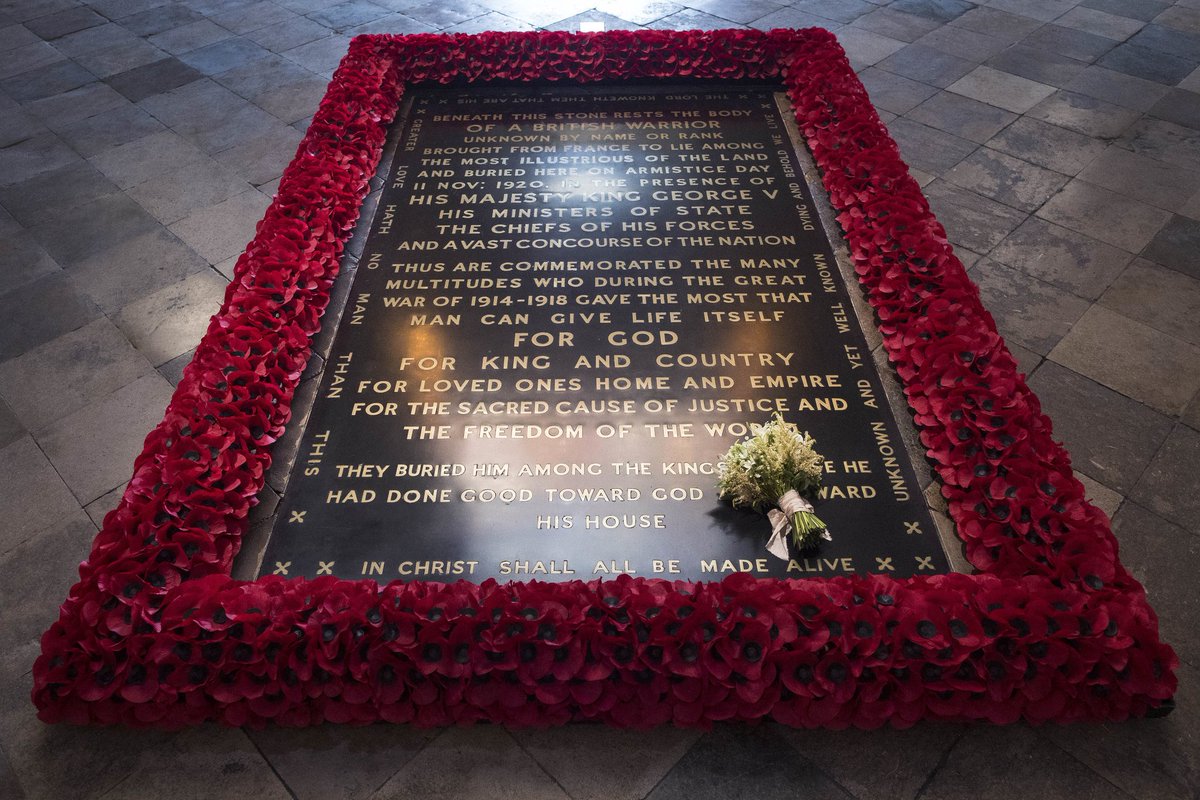 Very nice tradition which I wasn’t aware. Thanks for posting.

Just one more thing about this wedding I love ....

That is a lovely gesture and tradition. I did notice she had her bouquet for royal portraits. By the way, the portraits are exquisite, in my opinion. I love the simplicity of the bouquet. Perhaps a copy of bouquet left in church.
Report Inappropriate Content
Message 4 of 7 (564 Views)
Reply
0 Hearts
WenGirl42
Respected Contributor

@Twins Mom wrote:
That is a lovely gesture and tradition. I did notice she had her bouquet for royal portraits. By the way, the portraits are exquisite, in my opinion. I love the simplicity of the bouquet. Perhaps a copy of bouquet left in church.

She wouldn't have been able to leave her flowers at Westminster Abbey until the couple returned to London, the day after the wedding. Windsor is about 100 miles from there.

Ahh, my ignorance of all of these historical places and wedding details is showing. Anyway, lovely tradition. Wonder how all these traditions and details are kept for future generations to know and follow!!
Report Inappropriate Content
Message 6 of 7 (413 Views)
Reply
1 Heart
meallen616
Honored Contributor

Such a nice tradition, thanks for posting,