Auto-suggest helps you quickly narrow down your search results by suggesting possible matches as you type.
Showing results for
Search instead for
Do you mean
Reply
Topic Options
Marp
Esteemed Contributor

Armed Forces Day is a special holiday for people all over the world to come together and thank the men and women of the United States Armed Forces. First conceived by President Harry S. Truman, the holiday was established in 1949. The creation of a single day celebration for all five branches of the United States military made sense due to its recent unification under the Department of Defense. Today, Armed Forces Day is celebrated on the third Saturday of every May.

The more I learn the more I realize how little I know.
Are you setting an example or being an example?
Report Inappropriate Content
Message 1 of 10 (504 Views)
Reply
16 Hearts
cherry
Honored Contributor

To all vets ,as well as those still in the Armed Services, thank you for your service to our country 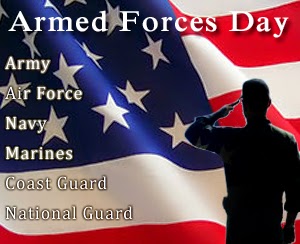 Made a donation to Warrior Canine Connection this week in support of our returning heroes.  This organization provides professionally-trained service dogs to returning military personnel and their families.  It is heartwarming to see the positivity the dogs create for those who return from active service with physical and emotional challenges.    The service is free of charge and thrives through donations from grateful Americans.  Blessings and recognition to all who are active and retired military on this and everyday.

Armed Forces Day, we honor all of the Soldiers, Sailors, Airmen, Marines, and Coast Guardsmen who make up the finest military in the world. 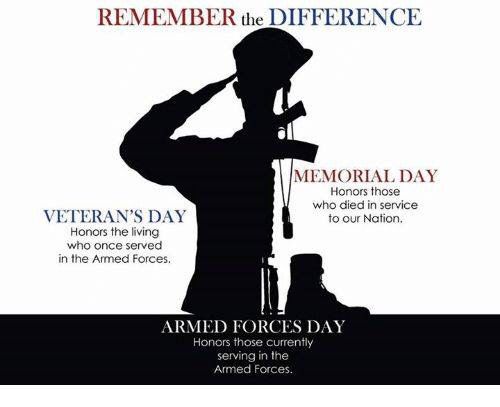 Forever grateful for our brave, sacrificing military, guardians of our freedom.

And I thank every person who has served, and are still serving our country in all branches of our Armed Forces.

A big thank you to all who have served or are serving.  I recently read where 71% of today's young men are uneligible to serve because of obesity, lack of high school diploma, or criminal record. Add in the drug users and I hate to think of the number. This is sad and sobering for the future of our country.

DH was disappointed that no mention of it was done in church this morning....they used to at least mention it as well as Veterans Day...they would ask all the vets to stand and they would get much applause. I think DH was a bit disappointed even though it wasn’t officially today. He is a proud Vietnam USAF vet...didn’t come home to much of a welcome...so every acknowledgment or thank you means the world to him. Please remember that when you are around a vet.
Report Inappropriate Content
Message 10 of 10 (261 Views)
Reply
0 Hearts