Auto-suggest helps you quickly narrow down your search results by suggesting possible matches as you type.
Showing results for
Search instead for
Do you mean
Reply
Topic Options
JavaQueen
Respected Contributor

The Queen is known to be frugal. It's sounds funny, but she is. Maybe now that is in her 90s, she's loosened up a little?

Her daughter is that way also. They do find a way to recycle clothes, for exampel.

Mind you, this is all relative. She's one of the richest people in the world, not just the UK/. She grew up during a global depression, WWII and the austerity that followed it.

Even though they have money, they don't flash it like Beyonce and the Kardashians.

You know that they have it, but it's understated. The Crown also is subsidized.  At a certain point, she was required to pay taxes and pay the expenses of the royal household. (Some royals receive no money from the Queen.)

As they were about 40 years ago.  They are shorter now. She hasn't changed her sytle since then. And she can wear it. On someone else, it might not look so great.

I have never equated The Queen with fashion. Dignity, dependability, stability and grace....but not fashion. Ever "safe" with clothes.

Saw this somewhere else today -- a veritable rainbow! 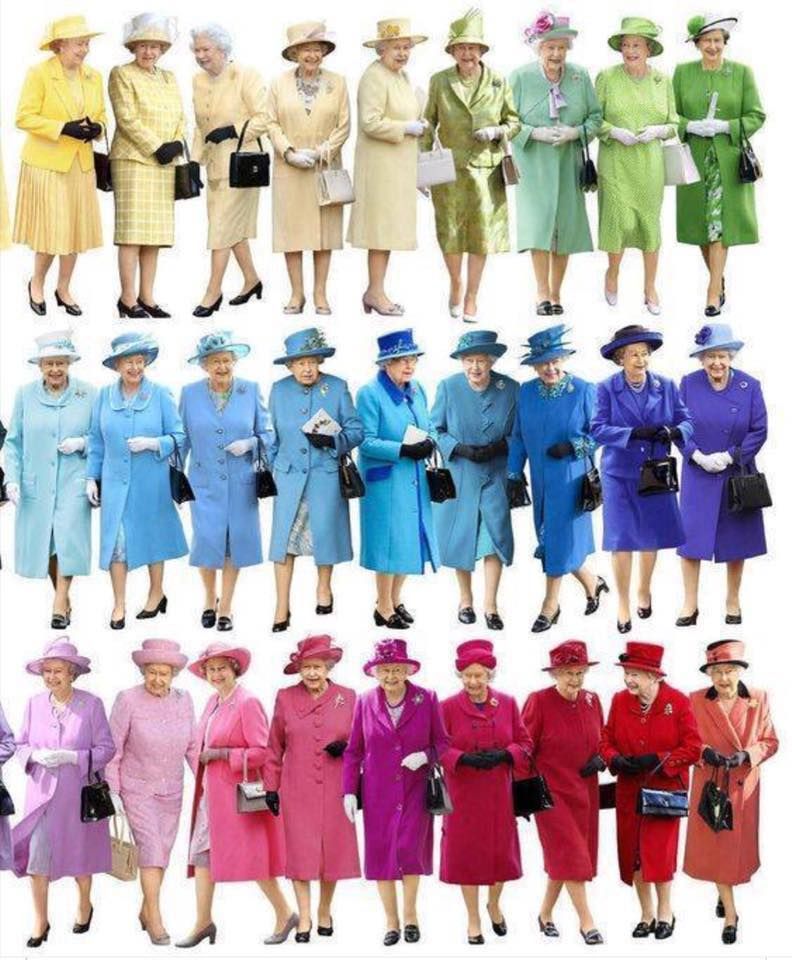 I have never equated The Queen with fashion. Dignity, dependability, stability and grace....but not fashion. Ever "safe" with clothes.

Yes. It seems to me that people love "her look" and she receives mostly compliments now that she is 92 (the old "she looks great for her age"). I may be wrong, but when she was not quite as old (say, middle aged), I seem to recall that her outfits were sometimes (frequently?) the object of some derision.

Saw this somewhere else today -- a veritable rainbow!

I love this.  There were actually a few times the Queen didn't wear black pumps and carry her black bag.

The Queen has found a style that looks very good on her.  I think she always looks lovely and I especially like her hats.  I read a long time ago that she only wears 2 colors of shoes, gloves, and purse:  either black or white.

The Queen looks younger and dresses better than Camilla.  It doesn't take alot of money to wear clothes that look good on you, especially when you have access to stylists who would be more than happy to help and advise you.

The hat that Camilla wore to Charles' birthday party was much more attractive on her than the one she wore to the wedding.  Often, her hats look like they were patterned off of garbage can lids (the old, round metal kind).

Observations about Camilla, on point, including ill-fitting undergarments. 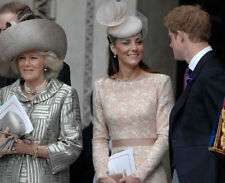 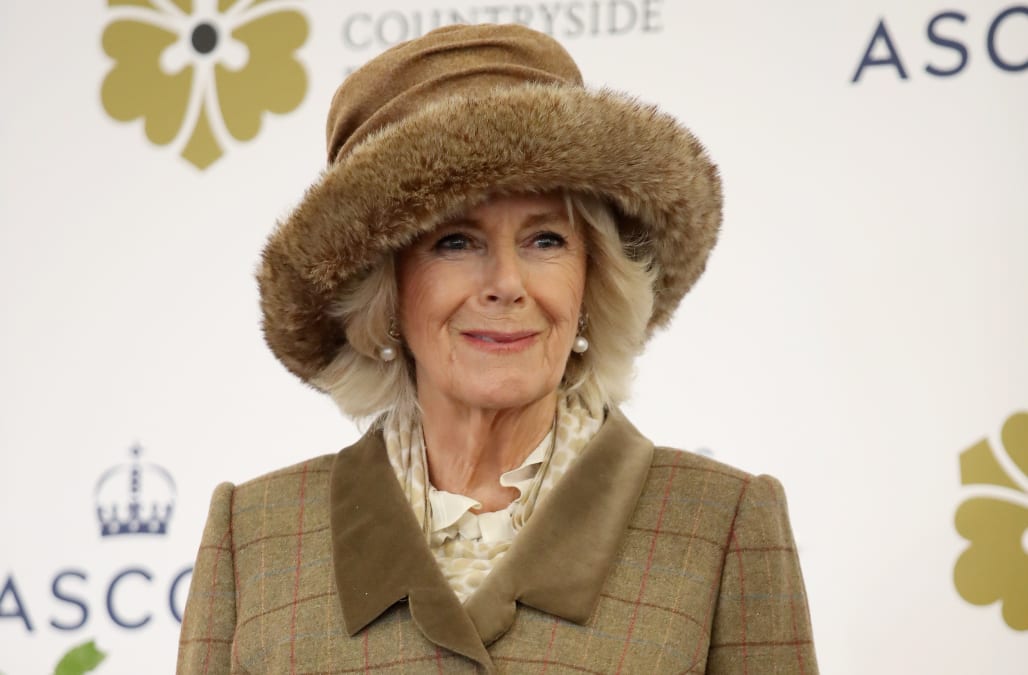 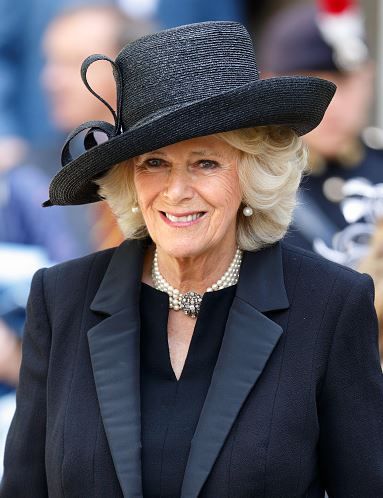 i also like that camilla isnt afraid to show some of her decollete sometimes.

and no.....i dont think that the queen looks younger than camilla.

i also like that camilla isnt afraid to show some of her decollete sometimes.

and no.....i dont think that the queen looks younger than camilla.

The Duchess is 70 years old and has a great figure.

I know she is hated but I thought she looked stunning, and age appropriate when she married Charles.