Auto-suggest helps you quickly narrow down your search results by suggesting possible matches as you type.
Showing results for
Search instead for
Do you mean
Reply
Topic Options
SuiGeneris
Valued Contributor

Have you seen the new Oreos?

They're thinner.  Not for dunking or "twisting." 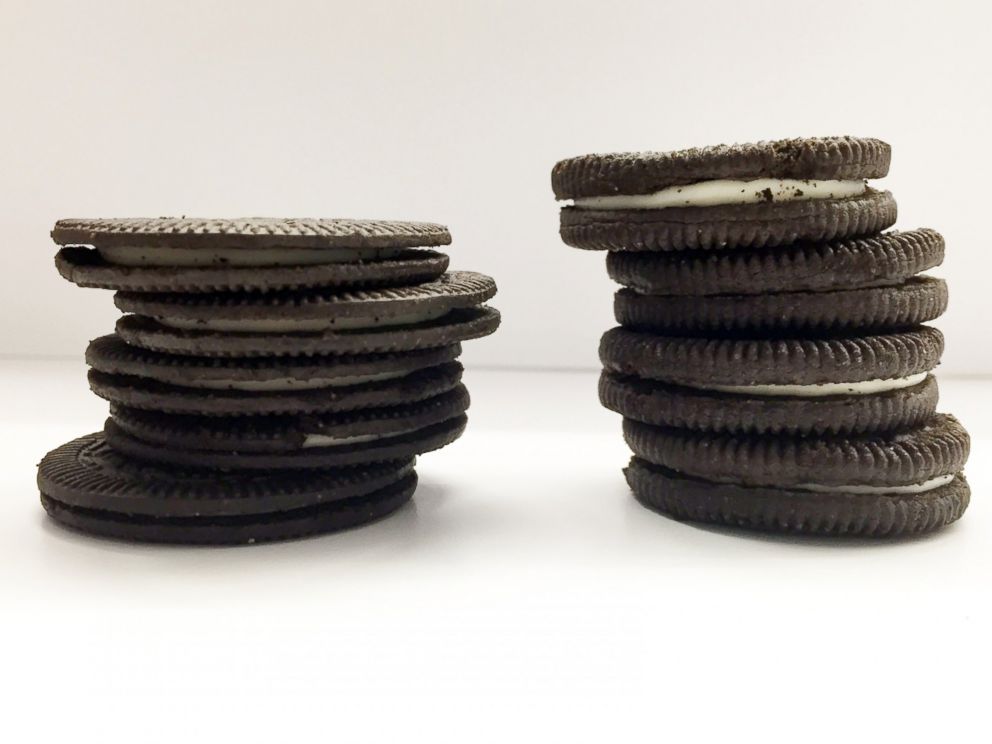 NEW YORK (AP) — Oreos are getting a skinny new look, and its maker says the new cookie is a "sophisticated" snack for grown-ups that isn't meant to be twisted or dunked.

Mondelez International Inc. says it will add "Oreo Thins" to its permanent lineup in the U.S. starting next week. The cookies look like regular Oreos and have a similar cookie-to-filling ratio, except that they're slimmer. That means four of the cookies contain 140 calories, compared with 160 calories for three regular Oreos.

And since they're for adults, Oreo says they weren't designed to be twisted open or dunked. That's even though about half of customers pull apart regular Oreos before eating them, according to the company.

"If people want to do that, it's clearly up to them," said Janda Lukin, senior director of Oreo for North America at parent company Mondelez International.

In explaining what exactly made them more grown-up, she said that if regular Oreos are like pancakes, then Oreo Thins would be like crepes.

Despite having fewer calories per serving, Mondelez says the new cookies aren't meant to be a diet snack. Still, the "Thins" name could be a stealth way to appeal to people who want to watch their weight, without the stigma of being seen as a diet food.

Although the original Oreos started in the U.S. in 1912, Americans won't be the first to taste the Thins. The slimmer cookies were rolled out last year in China to address the company's tumbling cookie sales in the country.

Lukin said the slimmer cookies helped win back "lapsed users" in China, or younger women who wanted something that wasn't quite as rich. In the first eight months, she said Oreo Thins generated $40 million in sales.

During a conference call in April, Mondelez CEO Irene Rosenfeld had noted the success of the Thins in China and said the company would make them available "around the world."

The Thins could help the company's North American cookie business, which declined in the first three months of this year. Mondelez said the Thins will be available starting July 13, and that they'll cost the same as regular Oreos.

Lukin noted that it took months for the company to perfect manufacturing for the Thins. Early on, she said 60 percent of the cookies were breaking, but that the rate eventually came down to 3 percent.

♥ Be yourself; everyone else is already taken. -- Oscar Wilde ♥
Report Inappropriate Content
Message 1 of 36 (1,544 Views)
Reply
0 Hearts
Highlighted
Monkey on My Back
Respected Contributor

They're messing with perfection.

That's just plain wrong on all levels. You don't mess with perfection!

I'm not sure how they will be received in the U.S.  I'd rather have one or so less cookies than less filling. I think I'd feel cheated in the long run.

I don't know about the NEW ones but I finally bought the Smores. I couldn't find them when told they were at Target. I got off the elevator at Walmart and they were right in front of me. I couldn't see  the rage unti my son came over and he put them in the microwave for 15 seconds. I never had smores when younger; no camping etc.

The original ones are classics! They shouldn't have messed with them!
~~Be careful when you follow the masses. Sometimes the 'm' is silent.~~
Report Inappropriate Content
Message 8 of 36 (1,271 Views)
Reply
2 Hearts
NYC Susan
Esteemed Contributor

@handygal2 wrote:
The original ones are classics! They shouldn't have messed with them!

They're not messing with them, just adding a new alternative.  I like the idea a lot!

I worked for Kraft/Mondelez, and I'm proud of how innovative they are as a company.  Believe me, they will never get rid of original Oreos.  Anyone who doesn't want them messed with has nothing to worry about!

I actually think I will try the new, thinner ones.

I won't turn my nose up at any Oreos on my plate, no matter what kind they are!

♥ Be yourself; everyone else is already taken. -- Oscar Wilde ♥
Report Inappropriate Content
Message 10 of 36 (1,179 Views)
Reply
4 Hearts