There are still B/M stores.

There are still B/M stores.

@sidsmom  I miss some of those stores.

Who else bought the live small green turtles from the dime stores?  Sometimes they had flowers painted on their back.

I bet I bought at least 10 of them when I was a child.

This sort of purchase was right up there with the "pee-pees" (baby chicks) that we purchased from the local granary.  At Easter time, they were dyed in lovely pastel shades and piled one on top of the other in the granary window.   It was inhumane, that's for sure, but we were unaware of those sorts of things back then.

We bought two each Spring.

@Goldie76  I definitely remember the little turtles.  My best friend growing up next door had them.  They just kinda hung out in their glass bowls.

I am so glad someone remembers them!  Makes me feel less alone when I recall these strange things from the past that are no more.

Someone on Pinterest remembered the dyed "pee-pees" and provided photos.  Those chicks were so cute. 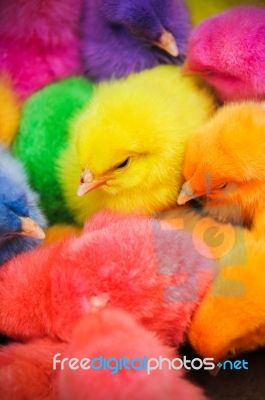 Just read today ecommerce is experiencing challenges with a huge number of "returns."

Not so sure online shopping will remain as popular as it is today.  It may take some time before it wears off and new and exciting brick and mortar stores, new concept malls might attract those looking for new experiences...actually, seeing, feeling, and trying on products for those who only know online shopping.  Humans are social creatures...wanting to be around others.  Online shopping is solitary and can be quite lonely.

Someone on Pinterest remembered the dyed "pee-pees" and provided photos.  Those chicks were so cute.

Coloring chicks is cruel, though.

And what happened to those chicks once they stopped being cute?

Did they become dinner, or were they just dicarded, and became dinner for a cat, or a fox, or some other wildlife.

Yes, "times were different", but we should have known then that it was cruel to subject these animals to a life of inhumane treatment.

The Sky looks different when you have someone you love up there.
Report Inappropriate Content
Message 28 of 95 (662 Views)
Reply
3 Hearts
Highlighted
Goldie76
Esteemed Contributor

Ours became dinner after they reached adulthood.

Once again revealing how different times were back then, people were allowed to raise chickens in the downtown area of our small town.  Of course they raised them in their backyard and had a chicken coop. One woman I remember well would slaughter her chickens and those of others as well.  My father's restaurant was a block away from her home (which was a townhouse).

My parents would take the mature chickens to her so that she could prep them for my mother to cook.

I did not want to hear about it, of course.  It broke my heart.

Even in our neighborhood that was on the last street out going south, two families had chicken coops in their backyard --  and one had a horse.  What fun it was for us to mount the horse or take a ride with the horse pulling the carriage.  Sweet!

The excuse is okay for one, but not the other.

The Sky looks different when you have someone you love up there.
Report Inappropriate Content
Message 30 of 95 (620 Views)
Reply
1 Heart