A nature photographer spent a year painstakingly luring squirrels closer to his conservatory to capture these spectacular leaping squirrel shots.

Terry Donnelly, 50, from Formby, Merseyside, painstakingly positioned a handmade four-foot wooden climbing frame in his back garden, topped with hazelnuts, in his pursuit of the perfect red squirrel photo.

The professional photographer, dubbed the challenge 'man versus squirrel' after spending hours waiting in his conservatory but was rewarded with stunning images of the rare rodents flying through the air.

Terry said: 'The past year has been a real challenge - it's been man versus squirrel, but good fun too. 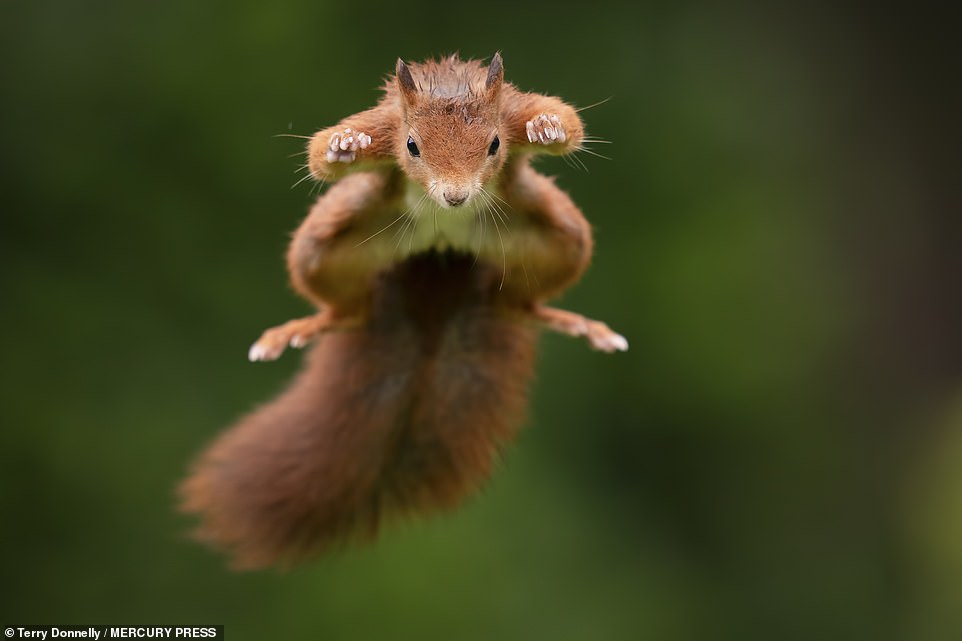 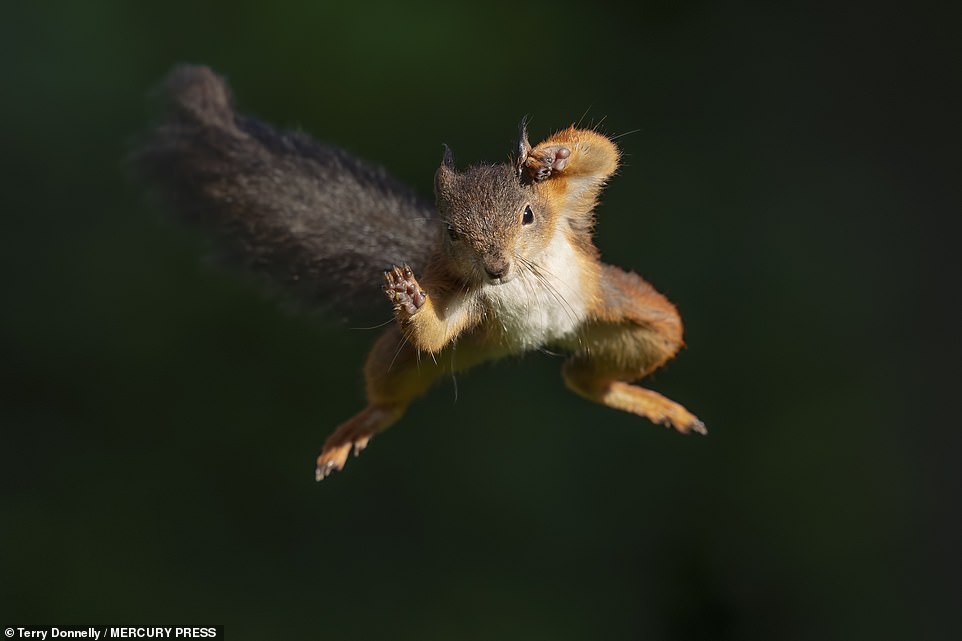 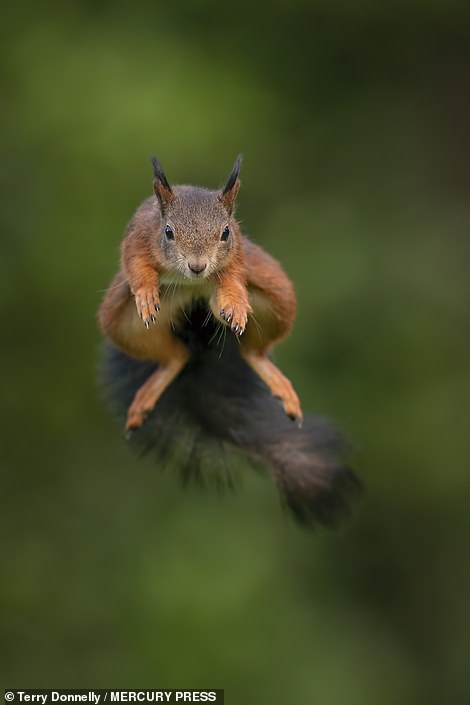 'The frame only took me five minutes to put together, but getting the squirrels to trust it took a long time.

He added: 'I would set up the nuts every morning, but the second I turned my back, they'd be gone.

'Squirrels hate change, so everything had to be done very slowly.

'It's all worth it when you see the final product though. Red squirrels are such lovely creatures.

'I'm very lucky to have them visit me daily.'

Formby is famous for its red squirrel population in part thanks to the National Trust sanctuary, based close to Terry's home.

Terry started the challenge by placing hazelnuts in an old plant pot at the bottom of his garden.

Every few days, he would move it closer to his house so the squirrels wouldn't notice the change.

Then, when they were close enough, Terry set up his homemade wooden climbing frame with food placed far apart so that the squirrels would have to leap to reach it.

Terry even got to know his two furry friends well enough to give them names based on their personalities. 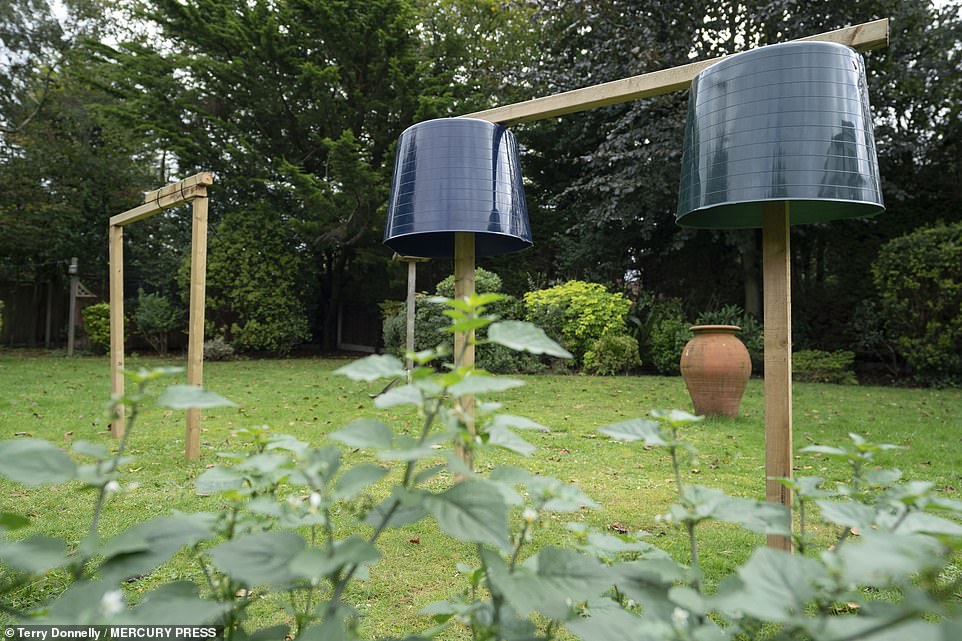 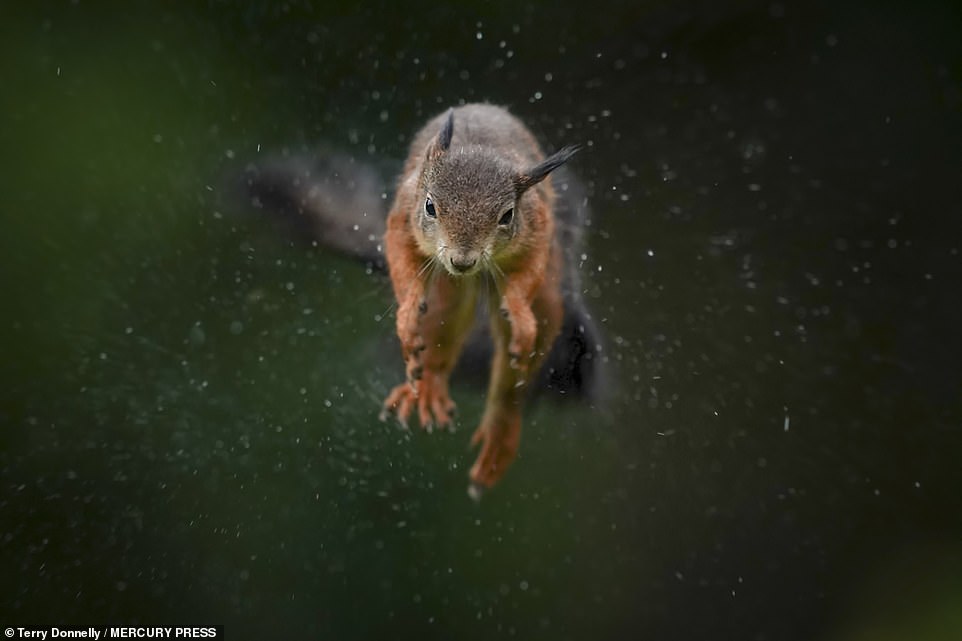 He added: 'There's Jagger, named after his funky moves when he jumps.

"Smart people learn from everything and everyone, average people from their experiences, stupid people already have all the answers."
Report Inappropriate Content
Message 1 of 15 (900 Views)
Reply
37 Hearts
Highlighted
Noellephoto
Trusted Contributor

oh how fun it was to see this!  thank you @feline groovy

Such beautiful animals.  That would be a fun job to have.  Thanks.

I adore these little guys....they make you happy just looking them.  What has happened to @MisTsquirrel (not correct spelling).  I always looked forward to her amazing squirrels!

Fabulous photos!  Thanks for posting.

I love these pictures! I hope @mistrysquirrell sees your post.

Wouldn’t it be great to see them in person?

"Animals are not my whole world, but they have made my world whole" ~ Roger Caras
Report Inappropriate Content
Message 9 of 15 (522 Views)
Reply
4 Hearts
Highlighted
SPURT
Honored Contributor

Love the squirrel photos...thank you for sharing...

Animals are reliable, full of love, true in their affections, grateful. Difficult standards for people to live up to.”
Report Inappropriate Content
Message 10 of 15 (453 Views)
Reply
5 Hearts