They're known as the 'treetop acrobats' of the animal kingdom, but even these poses would startle most who admire the natural manoeuvres of the gymnast-like red squirrel.

Photographs taken in Sweden show a hungry little critter in Bispgarden who balanced between two lupine flowers in an attempt to reach out and grab its next meal.

It looks as if the squirrel is performing the splits as it clings onto stalks with the claws of its feet. 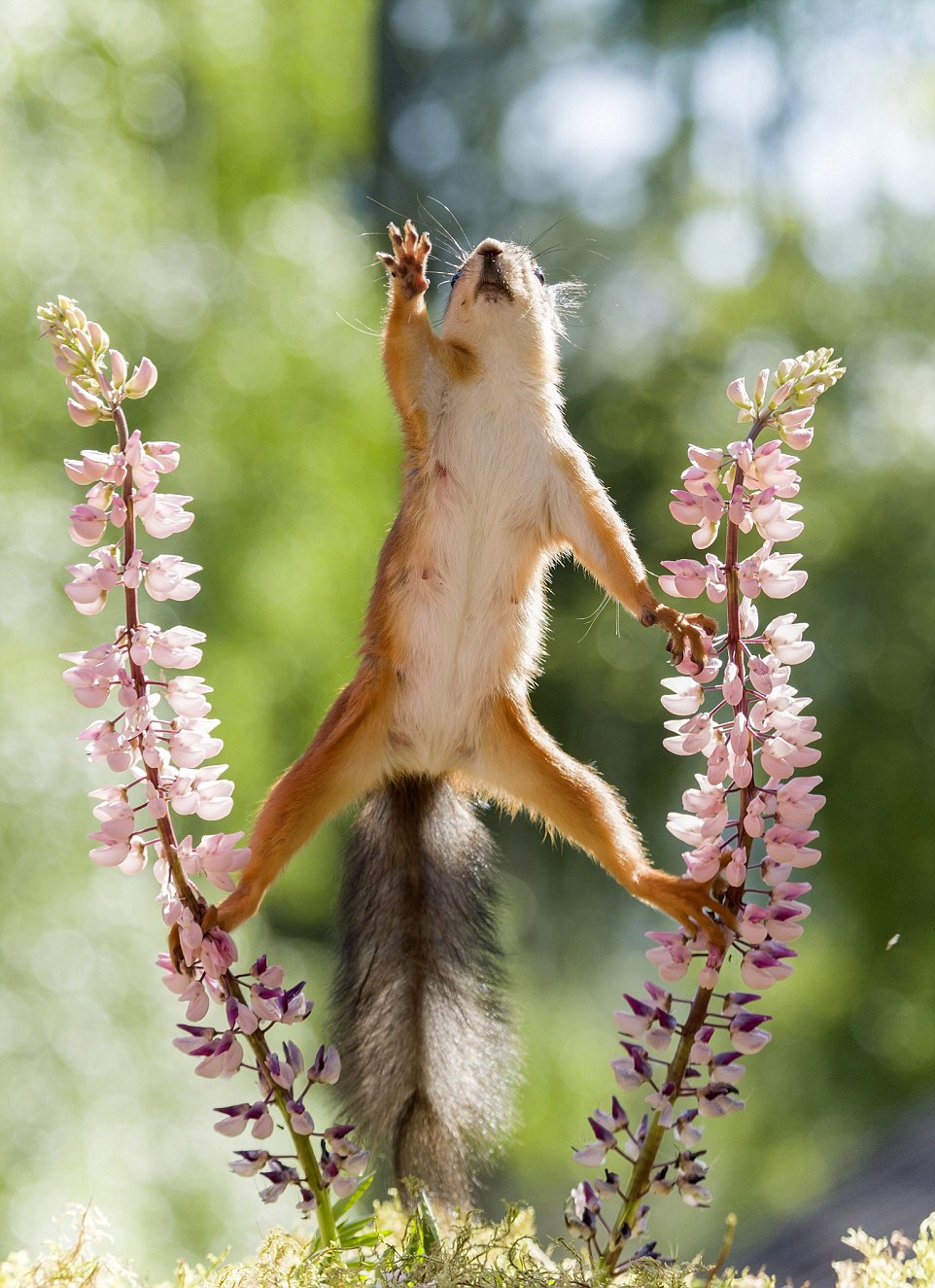 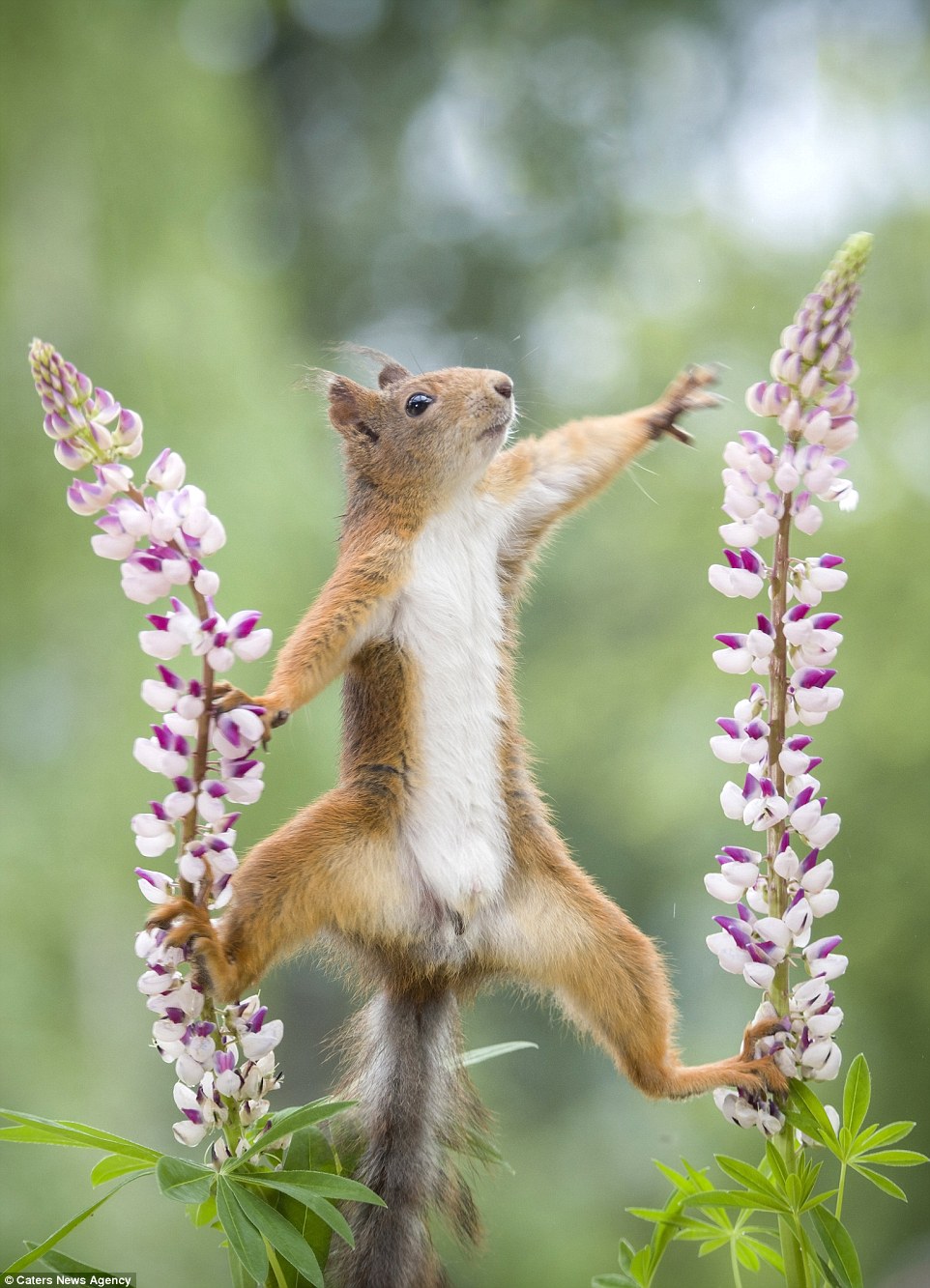 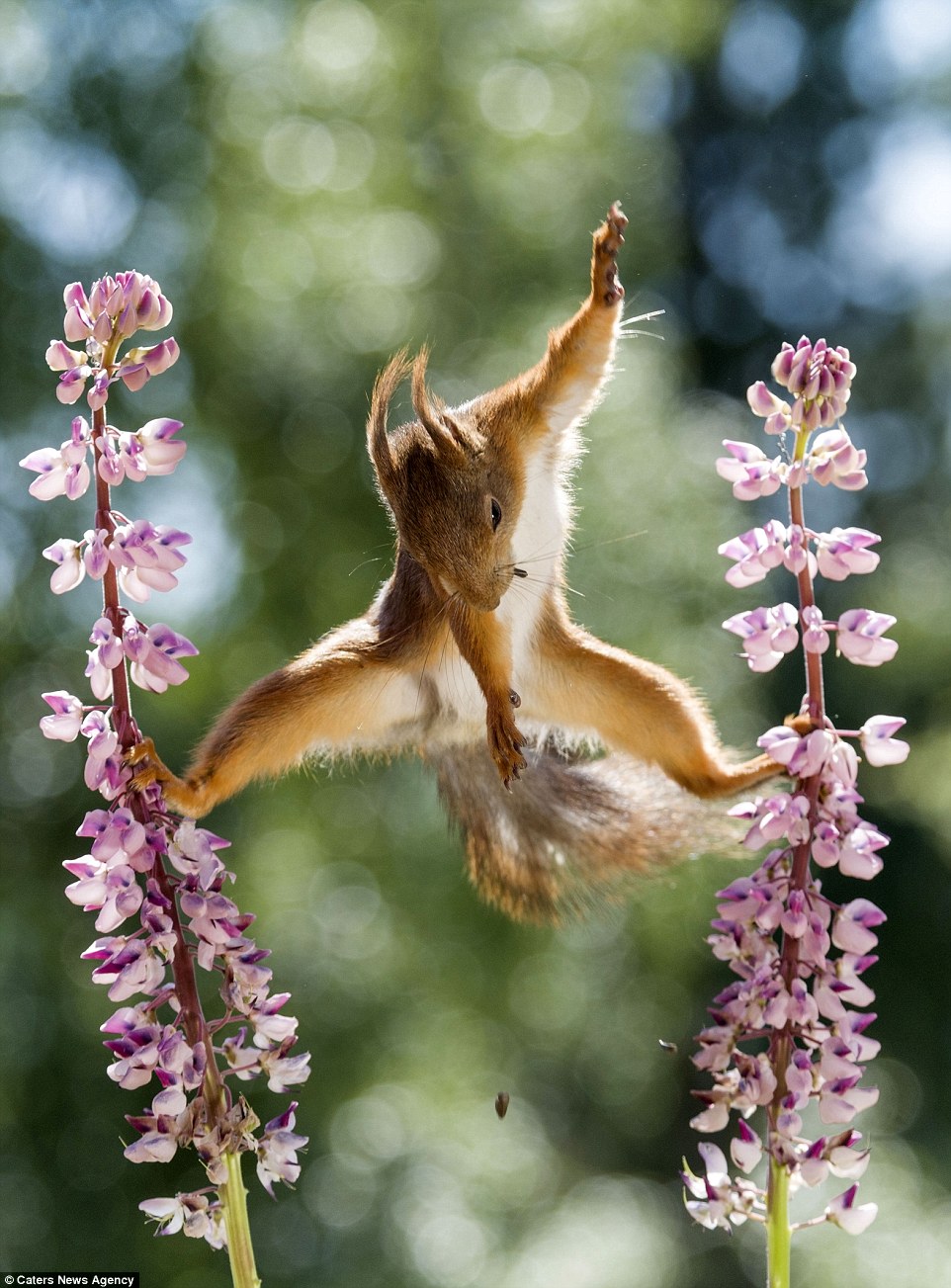 The shots were captured by Geert Weggen, a photographer who has been taking squirrel pictures for five years.

'The squirrels are searching for food and in this case I hang some food in the air in a bucket above the lupine flowers,' said the 49-year-old.

'These days, there are more than 12 wild red squirrels visiting my garden and I create scenes and sit mainly in my kitchen to photograph them.' 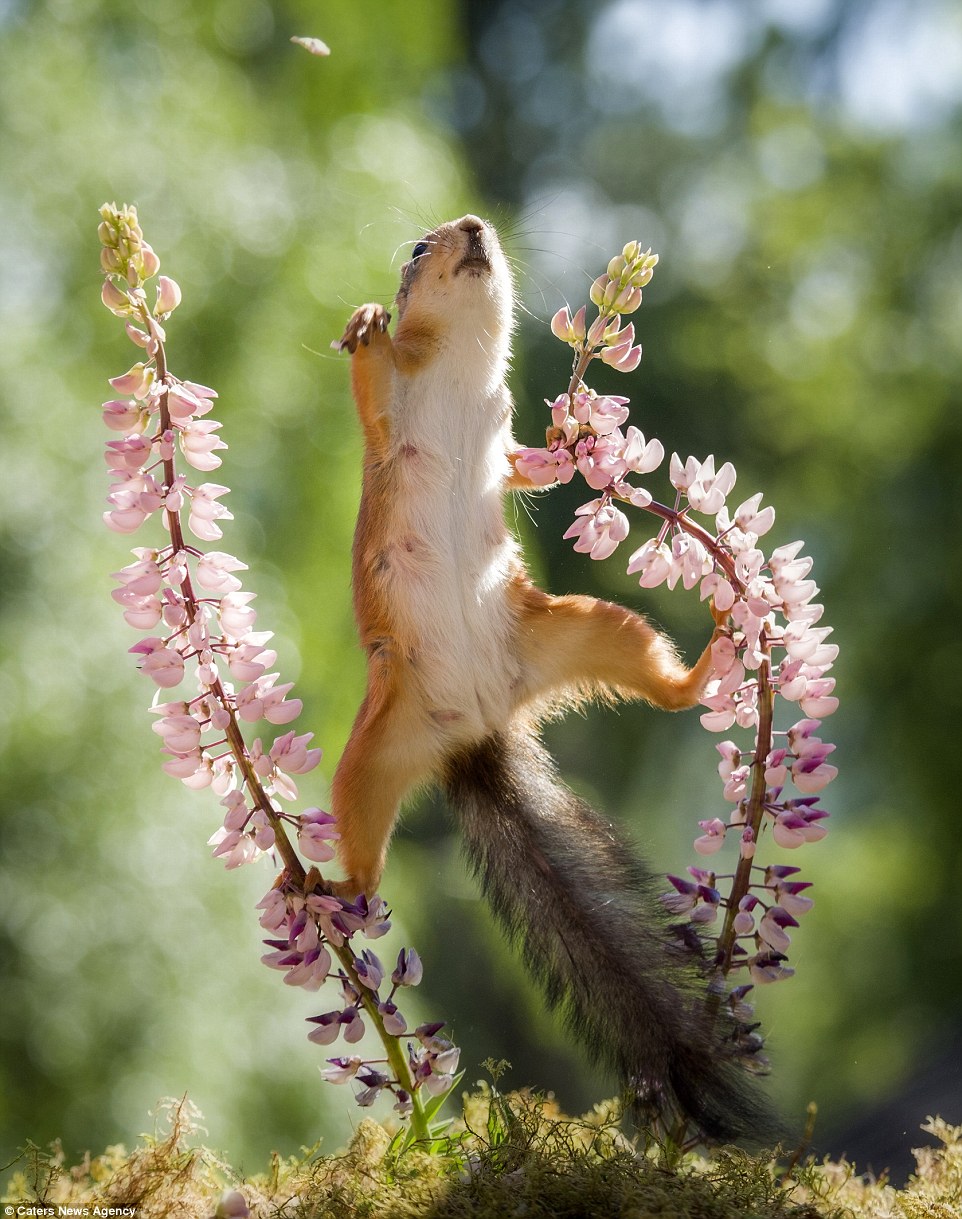 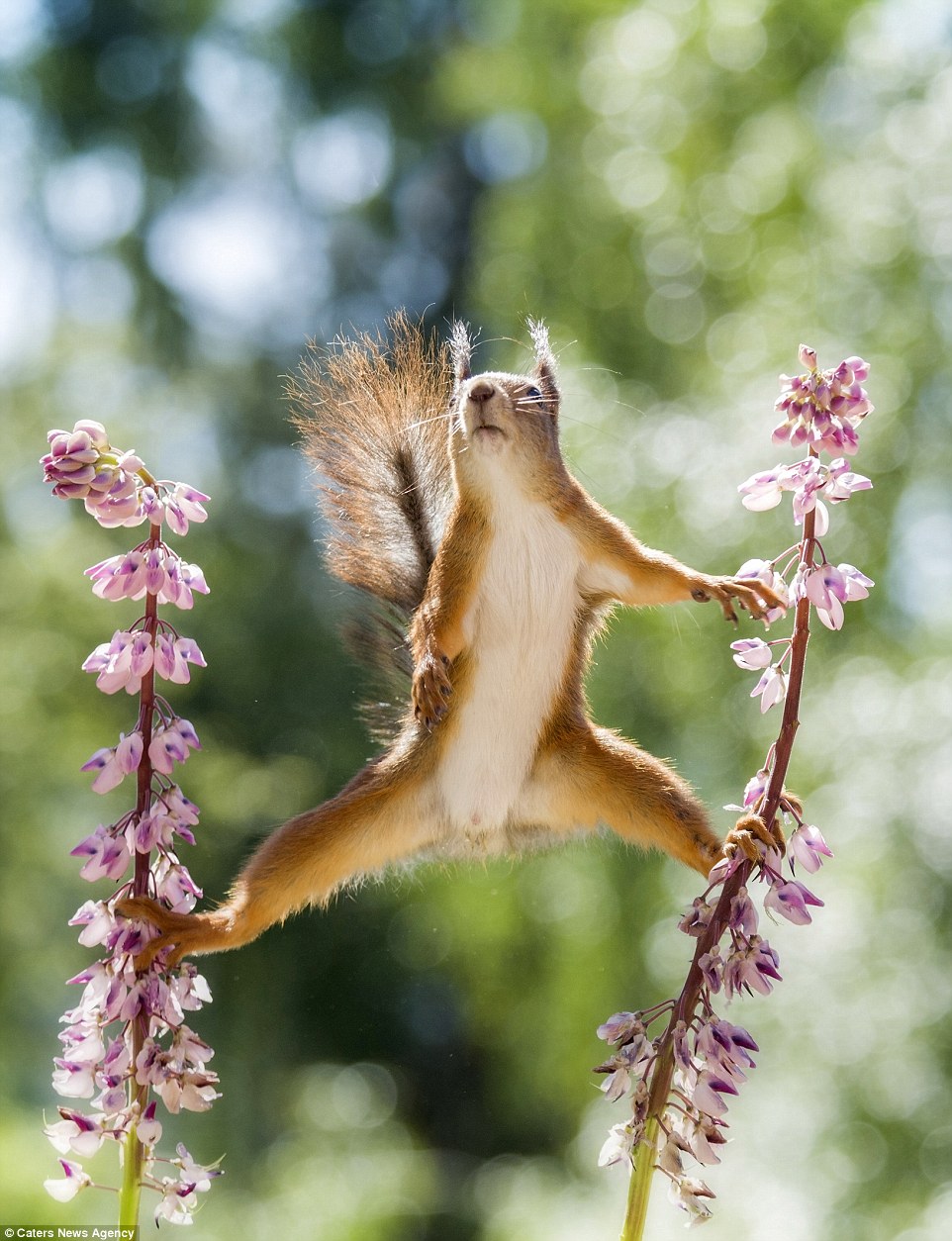 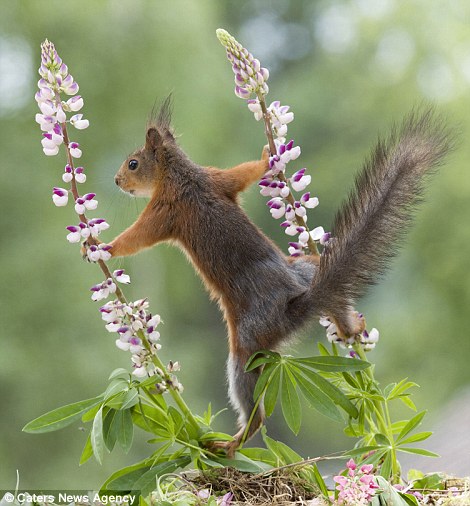 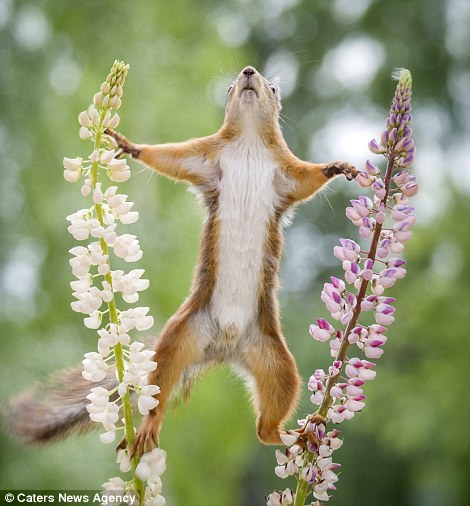 Geert said that after so many years of working in squirrel photography he knows just how to capture the perfect squirrel shot.

He said: 'My favourite images are the ones where he jumps down and where he shows his fingers.

'I have really good luck with getting great detail in the frame.' 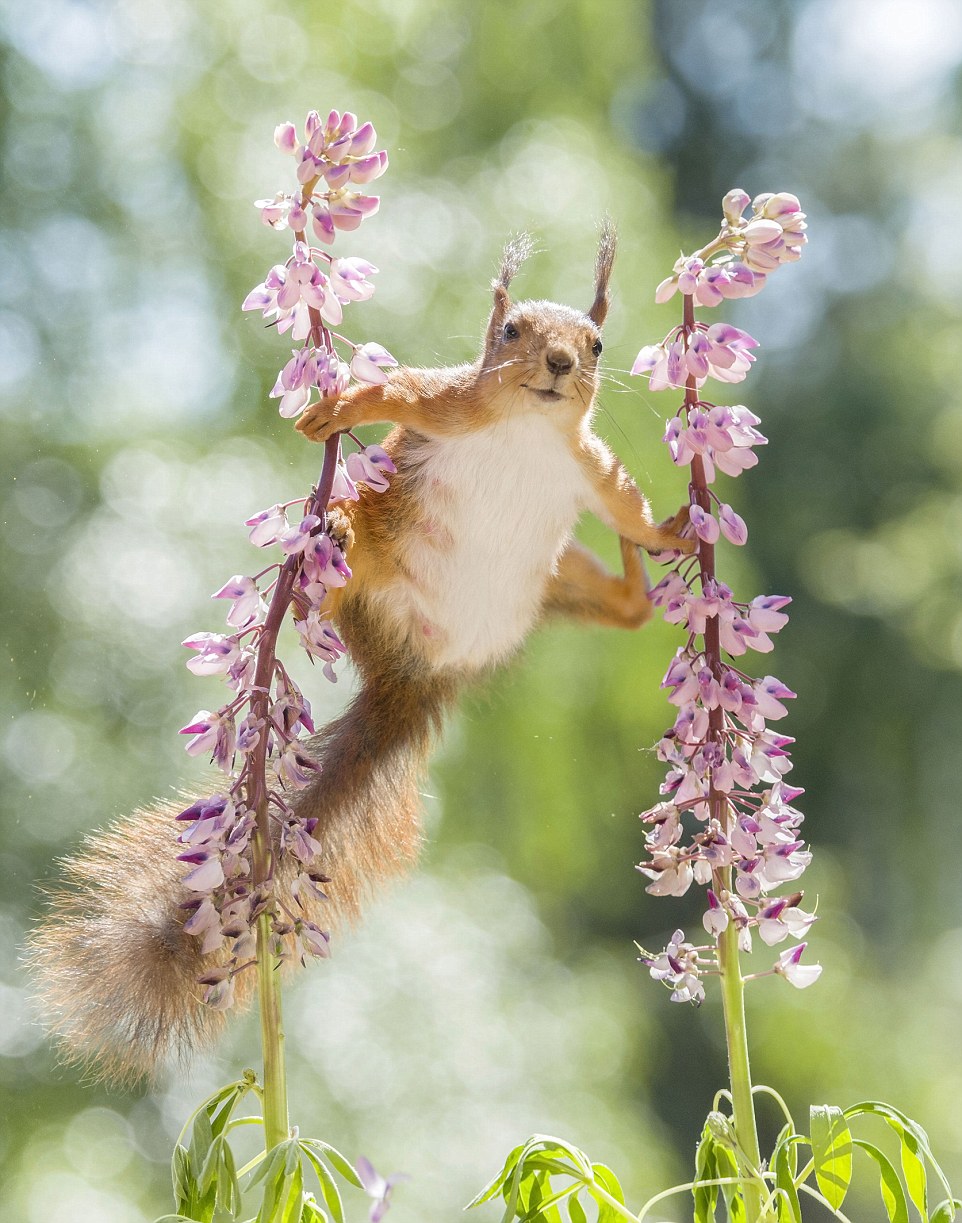 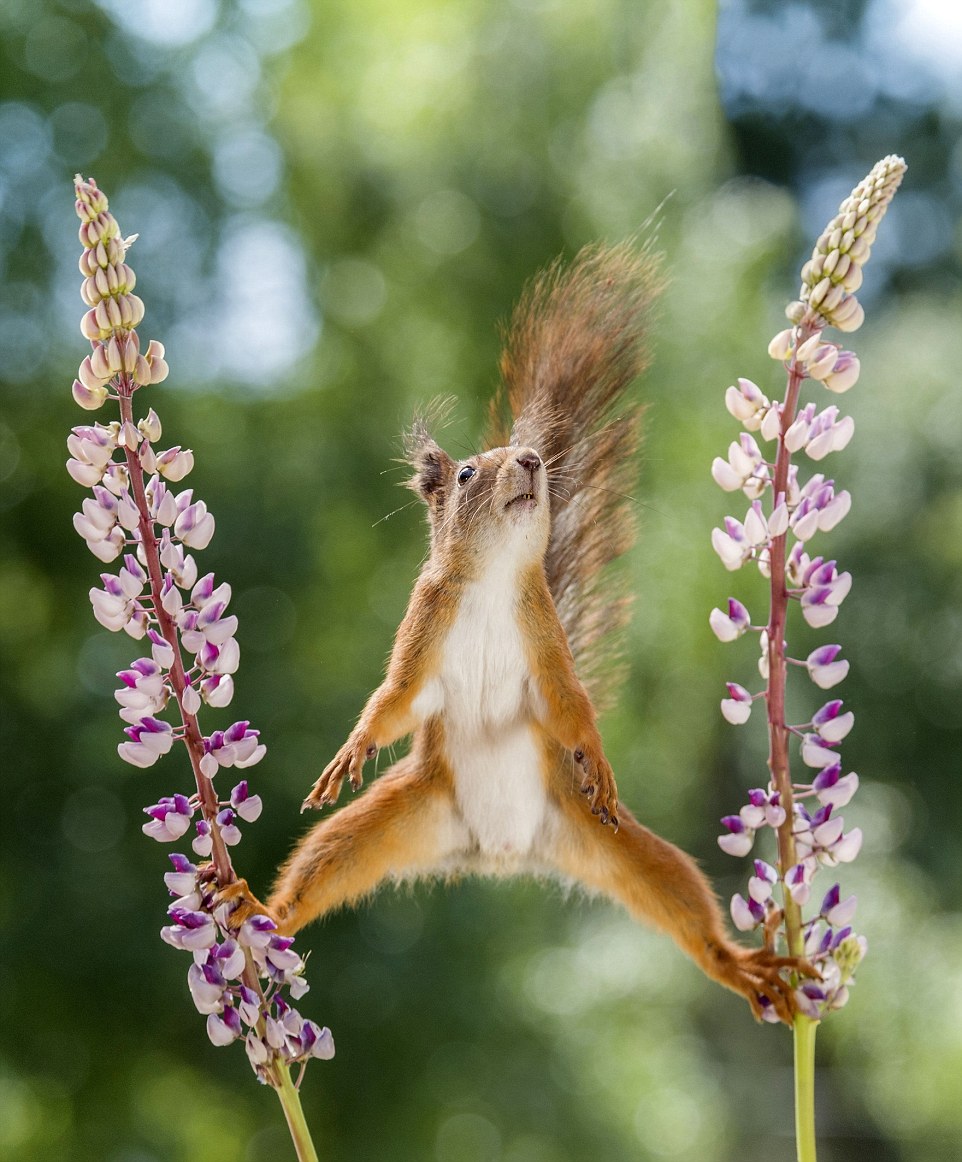 "Smart people learn from everything and everyone, average people only from their own experiences."
Report Inappropriate Content
Message 1 of 15 (839 Views)
Reply
24 Hearts
chickenbutt
Honored Contributor

Awesome (and cute!).  Hope our squirrel friend sees these.

Sweet!  I sort of remember being that limber and nimble once upon a time!

Oh, so adorable!  Photo #8 looks like he/she is actually smiling.

Clearly this squirrel has been inspired by Miranda Esmonde-White's Classical Stretch videos.

Or it's just a bad case of Saturday Night Fever.

@feline groovy  Thanks for posting!

Sure hope that squirrel managed to aged to grab a few nibbles.

I was never that limber.

"Animals are not my whole world, but they have made my world whole" ~ Roger Caras
Report Inappropriate Content
Message 6 of 15 (588 Views)
Reply
3 Hearts
happycat
Esteemed Contributor

@feline groovy  That little dude has got moves!

cute pictures of rats with bushy tails, as I call them.....I am battling these critters on a daily basis....they are really amazing getting into my "squirrel-proof" bird feeders!
Report Inappropriate Content
Message 10 of 15 (315 Views)
Reply
1 Heart