Auto-suggest helps you quickly narrow down your search results by suggesting possible matches as you type.
Showing results for
Search instead for
Do you mean
Reply
Topic Options
YorkieonmyPillow
Esteemed Contributor

Has anyone been following this story?

I think she was totally set up, but I'm glad she's finally out of prison. 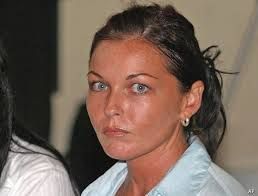 (CNN)Schapelle Corby returned home to Australia on Sunday after spending almost nine years in an Indonesian prison and three more on parole after a controversial drug conviction.
Her case riveted Australia and drew international headlines. Corby, now 39, was convicted in May 2005 of smuggling 9 pounds of marijuana into Indonesia, which has strict anti-drug laws. She was sentenced to 20 years in prison, but could have been sentenced to death.
Corby maintained her innocence, insisting the drugs were planted in her bag, possibly by airport workers involved in trafficking.

She was released from prison in February 2014 but had to stay in Indonesia on parole.

Moments after landing at the Brisbane airport, Corby slipped through a back exit, CNN Australia affiliate SBS reported.
"Priority focus now will be on healing and moving forward," family spokesperson Eleanor Whitman said in a brief statement to reporters.
An Instagram account that appears to be Corby's shows her with her sister Mercedes.
Australia's Seven Network spoke with passengers on Corby's flight.
"They slept; they ate; they acted like normal passengers," one woman said.
Some were annoyed at the special treatment Corby received, being allowed to exit first while others were blocked.
"It is crazy, celebrating somebody who's been convicted of a crime," another passenger said.
About 40 journalists booked a flight, expecting Corby to be on it. But she took another airline, instead.
A sensation in Australia
Australians closely followed the case for years. Many believed Corby had been set up. Some said the sentence was too harsh, even if she was guilty. Prime Minister John Howard and movie star Russell Crowe spoke out about the prosecution.
Bali is a popular tourist destination for Australians. Some could easily imagine how an unlocked bag might have been targeted by drug traffickers. Under Indonesian law, the onus was on Corby to prove that someone else had placed the drugs in her bag.

Her story has haunted me for years.I don't know how she survived those years she was locked up in that Bali prison. I lived there for some years and know how corrupt the government is. I don't know if she was innocent or not, but I'm glad she's out and back home. I hope she can have a somewhat peaceful life now.

This reminds me of the show "Locked Up Abroad".   I don't know how they survive in some of those prisons.

I would never travel to some of these countries. The fear of something like this happening, and me landing in one of those horrific jails, scares the heck out of me. LOL

I'm glad this woman is finally free, and back home.