I read this yesterday and thought it was interesting. I learned a lot, and I thought I would share it with everyone.

While Lady Susan’s presence often goes unnoticed, she can be seen in photographs from all aspects of royal life.

It was her loneliest trip – but she was not alone. On her darkest day in public service, the Queen had her faithful lady-in-waiting Susan Hussey by her side.

The Monarch and Lady Susan rode in the State Bentley for the short journey from the Sovereign’s entrance of Windsor Castle to the Galilee Porch of St George’s Chapel in companionable silence.

In quiet contemplation, the two women stood facing the cameras and the observing world with dignified calm.

The Queen had personally asked Lady Susan to join her as she prepared to say goodbye to her 99-year-old husband.

One of a tight inner circle of waiting ladies, Lady Susan has been at the Queen’s side since the birth of Prince Andrew when she joined the royal household to help answer a flurry of letters.

Affectionately known as the “Number One Head Girl” in an office that was once likened to the cheerful atmosphere of a girls’ common room, she has been described as one of the most important trusted figures to help the Queen in her later life.

She is one of a handful of confidants with whom the Queen can share memories for half a lifetime. She knew the Duke of Edinburgh behind closed doors like no other.

The 81-year-old is a Queen’s Grand Cross of the Royal Victorian Order and the youngest daughter of the 12th Earl of Waldegrave. She is the widow of Marmaduke Hussey, former chairman of the BBC, and is the sister of former Tory cabinet minister William Waldegrave.

Being near the Prince of Wales and as a godmother to the Duke of Cambridge, her constant influence was felt through the generations of the royal family.

Because of her unparalleled knowledge of how the palace works, she has shown newcomers to royal life – including then-Lady Diana Spencer and the Duchess of Sussex – the ropes. She is said to be the one who recommended Tiggy Legge-Bourke, the beloved nanny of Princes William and Harry, for the job.

While her presence often goes unnoticed, she can be seen in photographs from every aspect of royal life, from accompanying Pippa Middleton to the church in Sandringham in 2017 to welcoming incoming and outgoing Prime Ministers warmly.

Her presence at the rain-soaked Royal Barge for the Jubilee River pageant was noted in 2012 when she slipped a pashmina over the Queen’s shoulders to protect her from the elements.

Like other ladies-in-waiting, she is not paid for the role and continues to serve out of personal loyalty to the Queen. Part of the royal household since 1960, she is regularly represented in court circulars and frequently represents the queen at funerals and events when the monarch is elsewhere or has other obligations.

When the Queen traveled around the world in her role as Head of State, Lady Susan was at her side.

At home, she is in the background at countless royal engagements, accepting flowers and gifts for the Queen, gently collecting children, and calming the nerves of the endless stream of local dignitaries who want to spend their moment in the sun.

In the office, she is part of a team that is still answering the numerous letters to the monarch and letting the young children who send pictures and poems know that their kindness has not gone unnoticed.

When the Queen begins a new phase of her life without Prince Philip by her side, she will find solace in the shared memories and constant company of a close group of waiting ladies led by Lady Susan.

(From The Telegraph and heavily edited by me for grammar! The author calls them "waiting ladies," which I changed in the article. She also made some other errors, which I decided to correct.)

@beach-mom I read this exact article on line yesterday. Interesting.

Hope she doesn't betray her and write a book. I can't stand people who are dis-loyal.

Thank you for sharing that.  Of all the things I read, I did not see that and it is very sweet, charming and historical.

I think this lady has class, unlike those who come out just to make money and draw attention to themselves, some of whom we know but will not discuss here.

Thank you for sharing this interesting information.

@beach-mom - Thank you for sharing this, it was very interesting.

Hope she doesn't betray her and write a book. I can't stand people who are dis-loyal.

After sixty years of devotion, I suspect that she will not.

She is not the longest serving lady-in-waiting however . . .

Do the math.
Report Inappropriate Content
Message 9 of 26 (2,667 Views)
Reply
0 Hearts
on the bay
Honored Contributor

Thank you for that interesting article.

Here is her picture- 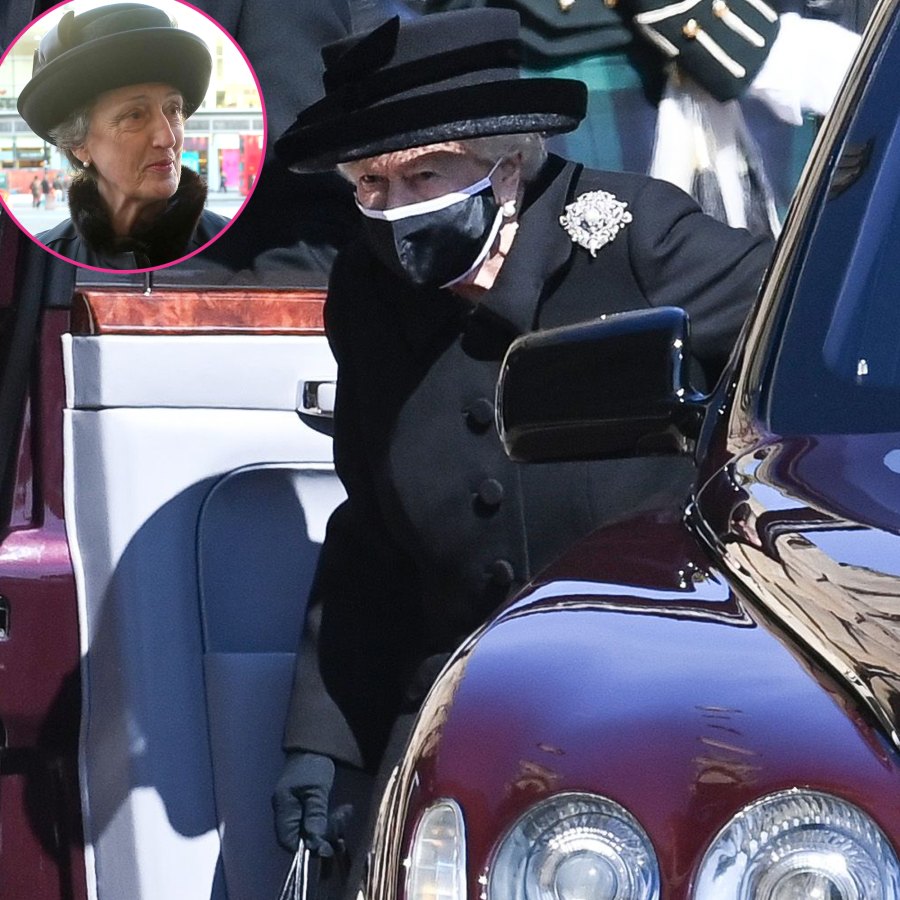 "If you walk the footsteps of a stranger, you'll learn things you never knew. Can you sing with all the voices of the mountains? can you paint with all the colors of the wind?"
Report Inappropriate Content
Message 10 of 26 (2,538 Views)
Reply
2 Hearts