He’s currently solo, but many yrs ago, he played w/ his wife

called ‘The White Stripes’.  He’s had collaborations with

Loretta Lynn back in the day, as well.

@sidsmomIt is a small world.  Just this past week, I have watched some of his videos, saw him on SNL and watched an interview.

I believe he is well respected.

With all that said, with trying to educate myself, I don't get him or his music. At all.

Do you?   Help me to understand his genius.

I'm jumping up and down raising my hand!  I adore Jack White's music.

I don't think he gets anywhere near the credit he deserves.  Although I have to say I wasn't very impressed with the music he played recently on Saturday Night Live.

But I'll forgive him.  I liked him when he played with his (then wife) whom he called his 'sister'.

I watched a wonderful documentary about the two of them traveling and singing together.  That's when I decided he rated right up there with some of my other favorites such as Eminem, Billy Idol and a few other favorites.

I was never a big fan of the Beatles (although I like a few of their songs).  I used to have a 'thing' for drummers when I was in high school.  An old boyfriend was in a band (everyone was in one back then).  He taught me how to play the drums.  Not very well, but I could play the drums.

@AnnabellethecatI love Eminem.  What is wrong with me that I don't get the Stripes?

Do you have a fav song or 2 recommendation that I could listen too?

I love Prince too but I don't love all his music.

I’m the same...I like the White Stripes ‘Seven Nation Army’

but for the longest time, I just thought he was a weird dude.

Didn’t put much thought into his music.

But..’Jack White’ name began to eek into my life.

He collaborated with Loretta Lynn, Huh?

He has a record company..and they hand-press their own vinyl. Huh?

Then...to top it all off, he’s a big listener to The Ticket (my avatar),

a popular AM sports station here in Dallas. So much, his bat company

watching videos. V.e.r.y eclectic, very respected, but like other

free-thinkers, I don’t have to like his work to appreciate him.

concert?  No cellphones. He made it happen. And expect the 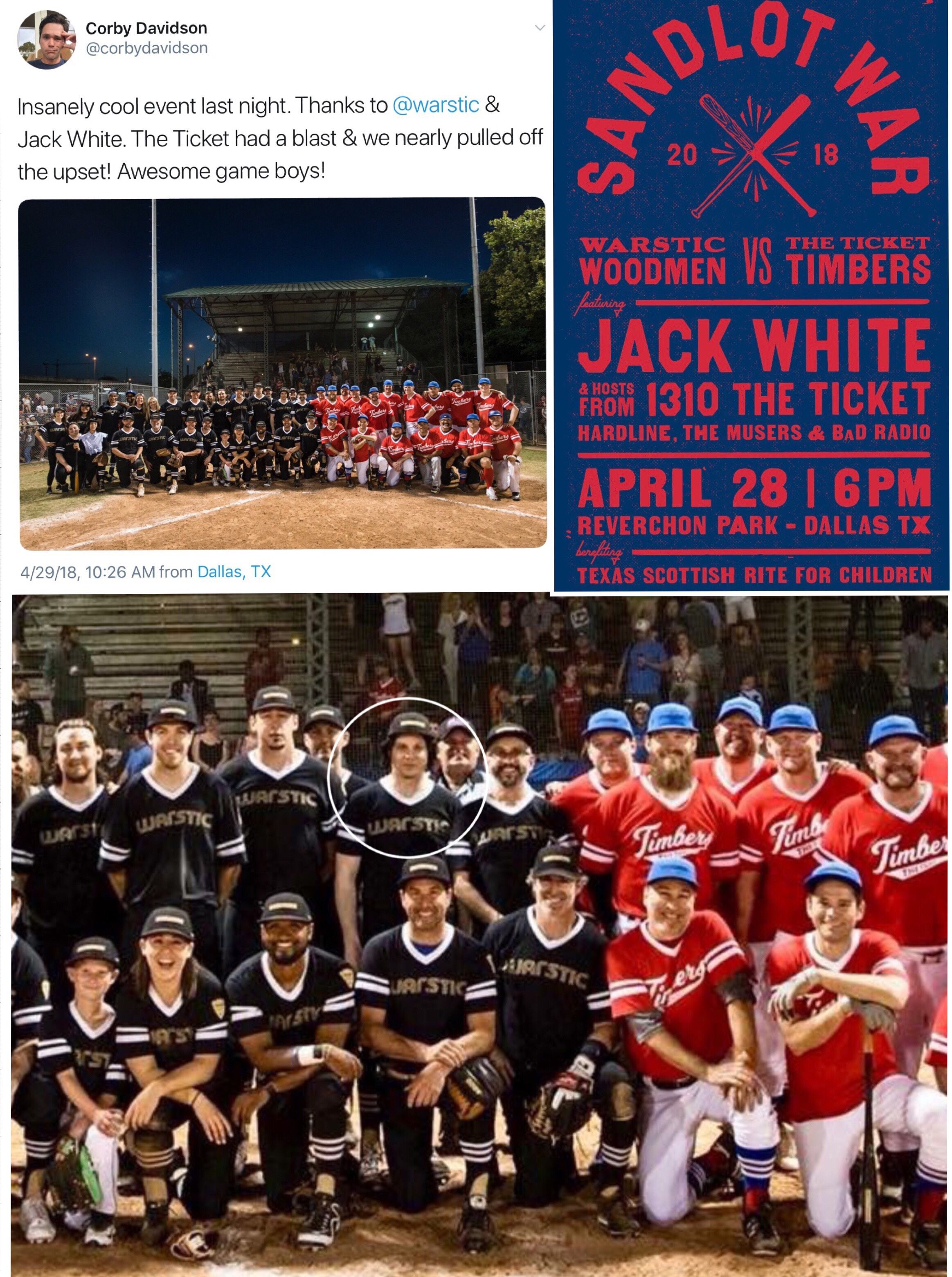 Do you have the name of the documentary?

Would love to educate myself...TIA!

Jack White is also in the movie Cold Mountain with Jude Law, Nicole Kidman and Renee Zellweger (2003). It's a pretty heavy movie, but i thought he did a great job portraying his character.

Sadly,I only know one song by Jack White -Fell in Love with the Girl because it’s in the movie Silver Linings Playbook. Love the song and downloaded it from iTunes on my phone.

Ill have to check out more songs.

I like the song Seven Nation Army & the album Elephant it's in. I bought two other CD's after his wife & he split (the sister lie was odd) but didn't get into them as much.

Oh, I really loved his group the Raconteurs album Broken Boy Soldiers. Guess I prefer his work that wasn't solo. I enjoyed him in Cold Mountain, too.